"Memory is stronger than granite": the Ministry of Defense launched a new project on memorials to the soldiers of the Great Patriotic War 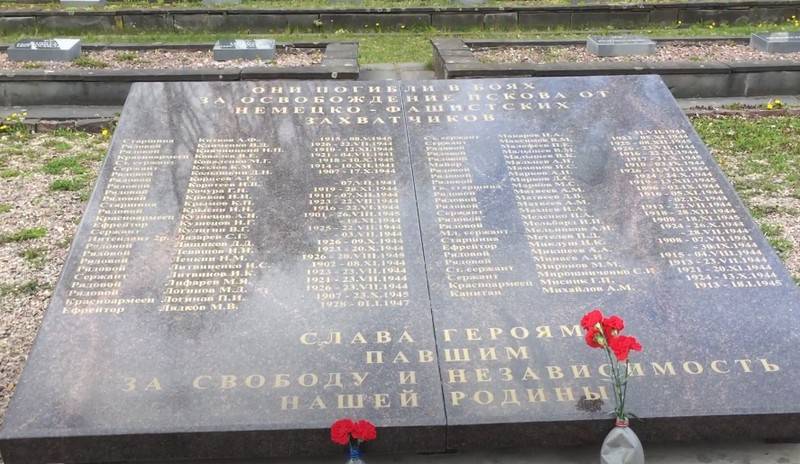 The Ministry of Defense has launched a new multimedia project dedicated to the memory of the soldiers who died on the fields of the Great Patriotic War. The project named "Memory is stronger than granite", will tell about memorials in honor of Soviet soldiers.


The project is being launched on the eve of the 76th anniversary of the Victory in the Great Patriotic War; it will feature memorials located not only in Russia, but also in the near and far abroad. Each section dedicated to a particular memorial will be accompanied by archival documents previously unknown to a wide audience.

Among the documents presented are combat reports, orders, award lists, servicemen's registration cards, reports, photographs and diagrams that were previously unknown to a wide audience.
- specified in the Ministry of Defense.

The first issue of the section has already been posted on the official website of the Ministry of Defense, it is dedicated to memorials located on Russian territory: the memorial cemetery in the city of Pskov, the Alley of Glory of the heroes-aviators of the Northern fleet, the monument to the North Sea people in Linahamari and many others.

The military department clarified that the publication of declassified documents of the Central Archive of the Ministry of Defense is aimed at protecting and protecting historical truth, counteraction to attempts to falsify history and revise the results of the Great Patriotic War and World War II, undertaken by the collective West.
Ctrl Enter
Noticed oshЫbku Highlight text and press. Ctrl + Enter
We are
Defense Ministry declassified documents on the liberation of TallinnThe Ministry of Defense of the Russian Federation has published unique historical documents on tank forces.
Military Reviewin Yandex News
Military Reviewin Google News
33 comments
Information
Dear reader, to leave comments on the publication, you must sign in.