"Exceeding the background by tens of thousands of times": The reason for the radiation leak at the place of storage of nuclear waste at the Fukushima NPP is named 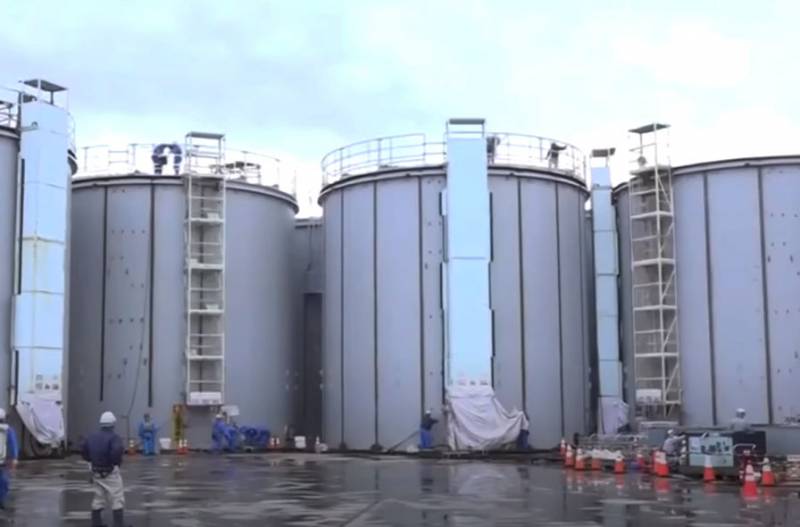 More than 10 years ago, one of the largest man-made disasters of the XNUMXst century took place - the accident at the Japanese nuclear power plant "Fukushima" caused by the tsunami. Then it turned out that the station was actually in no way protected from a natural disaster of this type.


The difficulty is that the problems with radiation emissions at Fukushima have not yet been resolved. The main one is related to the fact that the reservoirs, in which radioactive water accumulates, lose their protective functions every day, undergoing corrosion. At the same time, an important aspect is also that the Japanese authorities are largely hiding the real scale of the problem.

According to the latest information, announced by representatives of the Tokyo electric power company TERCo, a radiation leak was discovered at the site where radioactive waste is stored. At the same time, the emitted dose is tens of thousands of times higher than the norm.

The statement about "normal radiation levels" caused skepticism among experts. The fact is that just a couple of weeks ago, a sharp increase in the radiation background was detected in various areas adjacent to the station. The minimum increase is 40 times the norm.

An additional problem is that radioactive waste, flowing out of containers, ends up in the ocean, which causes enormous damage to the ecosystem.

How this problem is solved is not reported at the moment.
Ctrl Enter
Noticed oshЫbku Highlight text and press. Ctrl + Enter
We are
Reports from the militia of New Russia for 27-28 September 2014 of the yearInterview of Vladimir Putin with Radio Europe-1 and TF1
Military Reviewin Yandex News
Military Reviewin Google News
39 comments
Ad