Four-day workweek: The Spanish started. When in Russia? 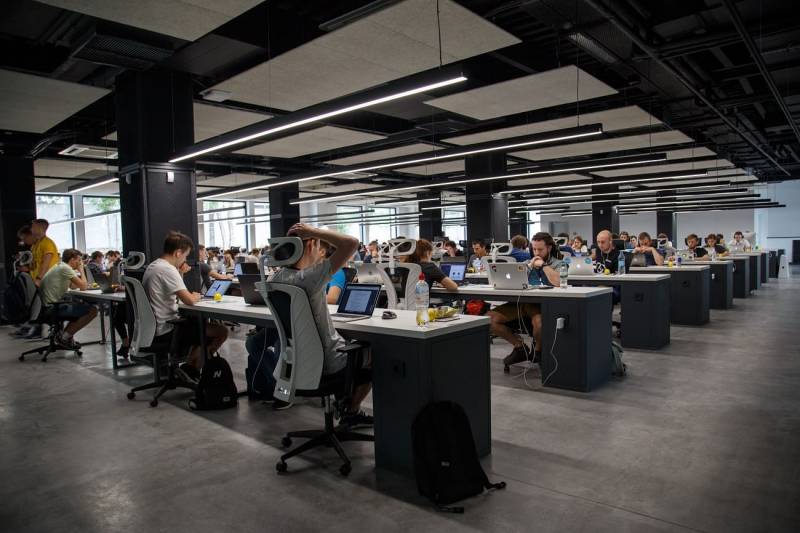 Breeze of the West

In Russia, for the first time, Dmitry Medvedev spoke about the introduction of a four-day working week in July 2019 during the International Labor Conference.

The initiative was quietly laughed at, not considering it any serious. How is it, Medvedev proposes to appoint three days off: Friday, Saturday and Sunday?

Meanwhile, a four-day work week is an idea that has been tested in the world for more than a decade. 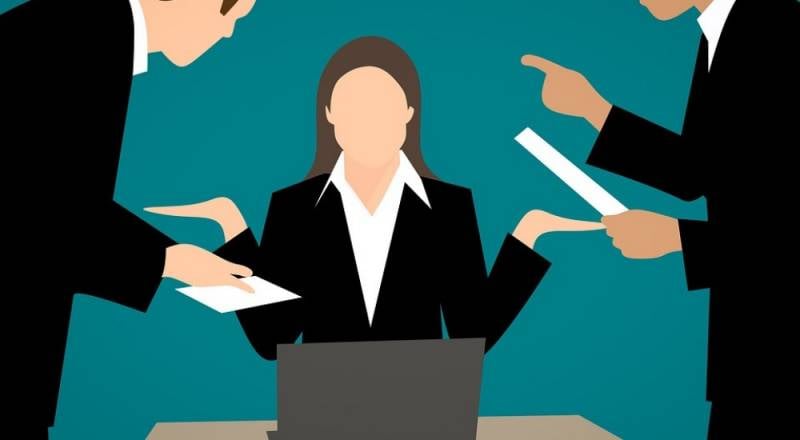 Source: blogs.klerk.ru
United Kingdom
They first tried to switch to three days off a week at the British Roundpay Metal Finishers back in 1965.

Despite the generally positive results of the experiment, the experience did not receive mass implementation.

USA
Much later, in 2008, the state administration of the American state of Utah decided to switch to the "four-day" in a rather original way.

It was necessary to reduce the cost of lighting.

And the Americans simply increased the working day to 10 hours, adding one day off to workers.

And the savings on electricity turned out to be not so large-scale.

New Zealand
In 2018, New Zealanders at the Perpetual Guardian cut portions of their employees by 20% in a rigorous experiment.

Everything was carried out in accordance with the scientific method - with the control and experimental groups, as well as testing the participants in 17 parameters.

The conclusions were mixed.

On the one hand, employees' stress levels were expected to decrease and their well-being improved.

On the other hand, labor productivity at the enterprise did not suffer. This may indicate that initially the Perpetual Guardian was not particularly good at employee efficiency.

Simply put, if before the experiment, workers were idle at the workplace 20% of the time, now they were doing the same at home. But in the conditions of a four-day work week, of course, they began to work harder and with more motivation.

The results of the experiment were considered rather successful.

But they did not transfer it to the whole company. This was largely due to the imperfection of labor legislation. 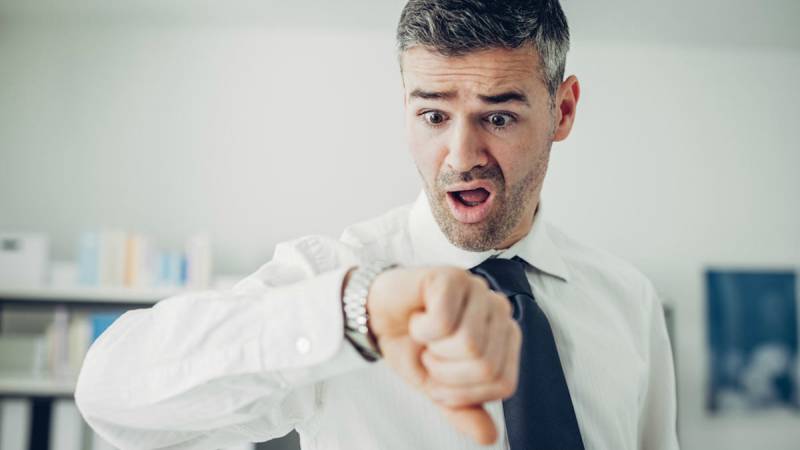 Within a month, working hours were reduced by 20% for 2300 employees at once. Naturally, this did not affect wages in any way.

During the experiment, employees began to use electronic document management, online chats and video conferencing more actively. Microsoft calculated that office productivity increased by 40%, electricity costs fell by 23%, and paper consumption dropped by 59%. It turned out that a four-day work week can be not only economically beneficial, but also environmentally friendly.

But this time too, the Japanese from Microsoft did not dare to fully implement the shortened week.

They were frightened by the reaction of consumers.

And also too short an experiment with a small number of participants. More extensive research was required.

Spain
The most recent and largest experiment in introducing the 32-hour workweek was the Spanish initiative.

In the very near future, a three-year pilot project will start in the country to transfer from 3 to 6 thousand workers to a four-day work week.

The state plans to allocate several tens of millions of euros to cover the associated costs of the companies involved in the experiment.

The country has been hit hard by the pandemic. And the authorities need to increase labor productivity. Albeit with the introduction of a four-day work week.

As you can see, there are quite a few quite successful transitions to a new work schedule in the world. And with a very high degree of probability, we can talk about the inevitability of the transition to 32 working hours per week. The only question is about the date of such a bright future.

Why is nothing in Russia still beyond the scope of the declarations of officials?

The way of Russia

Briefly about the dynamics of changes in working time in Russia since the end of the XNUMXth century.

Until 1897, the working day was generally not limited by law. And it could last up to 16 hours a day. The first mitigation happened in 1897 with the introduction of 11,5 hours of work per day for men, and 10 hours for women and children. One day off and no vacation. And that was by and large a formality - no one limited overtime unpaid working hours.

The October Revolution brought workers a 48-hour work week with a constant day off - Sunday. In 1928, they even switched to a 7-hour working day. But in 1940 they returned to the standard 8 hours a day. During the war years, up to 3 overtime hours became mandatory.

After Khrushchev returned the 1956-hour workday with one day off in 7, eleven years later, a 40-hour weekly work schedule and two days off were approved.

With minor evolutions, this regime has survived to the present day.

As we can see, over the course of decades, the working time of the Soviet worker has been declining. At least on paper.

And a couple of years ago, Dmitry Medvedev suggested taking the next step - switching to a 32-hour work week. Do not reduce the working day to 7 hours, but immediately remove one working day. Naturally, with the preservation of wages. The Prime Minister (at the time of the announcement) named the technological development of Russia as one of the reasons for this innovation.

I just forgot to mention that in terms of labor productivity we are two times lagging behind developed countries. And this lag has not decreased in recent decades. It is for this reason that since 1967 nothing has changed in the labor regime. 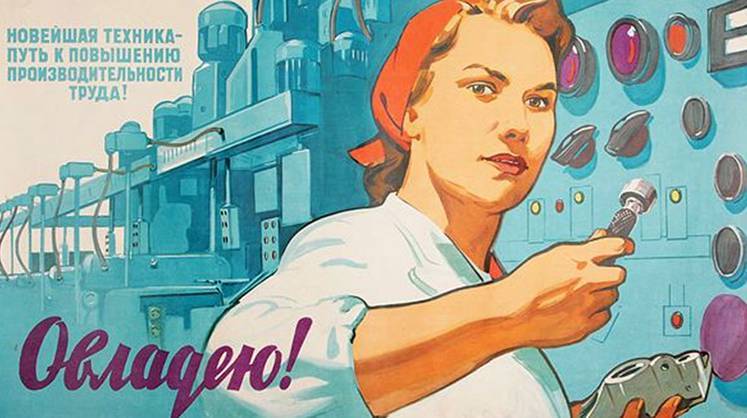 Source: expert.ru
Cons
Such a revolutionary proposal by Medvedev has many negative sides.

First of all, not all employers (especially in private business) are ready to cut employees' working time by 1/5. According to polls by the Moscow branch of OPORA Rossii, up to 66% of entrepreneurs do not approve of Medvedev's initiative.

If the state obliges to pay the employee the same wages, then with a possible drop in labor productivity, prices for products will have to be raised. This will cause inflation in the market and a host of negative social consequences. The employer can take a different route. And when switching to a "four-day", simply increase the working day to 10 hours. On paper, of course, everything will be according to 8-hour norms.

Another way out is in a proportional decrease in employees' salaries. For this reason, workers will have to look for additional sources of income. And then the working week can last for all seven days.

Pros
However, the positive aspects of the four-day work week prevail.

The employee will have the opportunity to spend eight hours more time with his family, spend it on creativity, study, active rest and self-development.

The population's happiness index will rise.

Now Russia is somewhere in the sixth ten in the world ranking. For example, the Scandinavian countries, which have been at the top of the happiness list for many years, are very attentive to their working regime and in no case do they overwork. Overtime is considered very bad form for them.

Of course, in Russia, the stratum of low-skilled labor resources, who drink all three instead of two days off a week, will not go anywhere. And this is, of course, a serious risk that should be taken into account.

The stress level from troubles at work will be expected to decrease. And, as a consequence, the incidence rate (injury rate) across the entire population will fall.

In many ways, the introduction of a four-day working week can become a kind of apology from the state for raising the retirement age.

Now, for the working regime of the enterprise, the employer will have to hire more employees for shift work. Particularly zealous owners, so as not to expand the staff, will start renewing the production fund. New equipment requires fewer workers. A lot of money is needed for this on a national scale - on average, everything is worn out by 50–70%.

If finances are found, then labor productivity will finally grow in Russia, which is the focus of the national program “Labor productivity and employment support”. The program is scheduled to be completed by 2030.

Labor productivity can also increase due to a tighter work schedule, increased motivation and high performance of rested employees.

The workers will even be able to improve their financial condition. After all, the third day off can be spent on additional earnings. For freelance, for example.

But all this reasoning about the Russian prospects for a four-day working week is still purely theoretical. And do not go beyond the model.

To confirm or refute, you must at least try and conduct a couple of experiments (like the Spanish one) in Russia.

In the meantime, we can expect a four-day working week only on holidays.

Ctrl Enter
Noticed oshЫbku Highlight text and press. Ctrl + Enter
We are
What you didn't want to know about EnglandList of destroyed the largest and most high-tech enterprises
Military Reviewin Yandex News
Military Reviewin Google News
108 comments
Information
Dear reader, to leave comments on the publication, you must sign in.