Volga airlock - for the first spacewalk 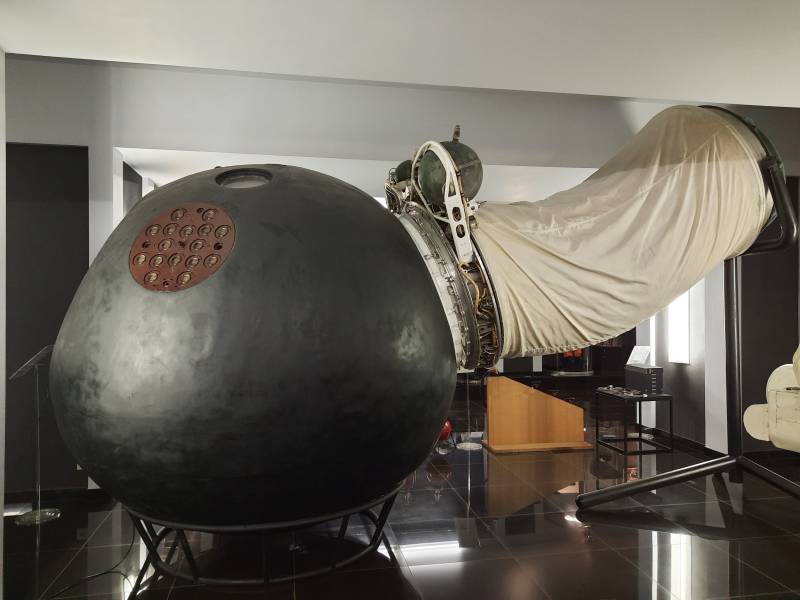 Unlike the Americans, who used complete depressurization of the spacecraft during the first spacewalks under the Gemini program, domestic designers made a fundamental decision to carry out the first spacewalk using a special gateway to maintain the tightness of the Voskhod capsule.


The problem was that the apparatus of the Voskhod spacecraft did not provide for the possibility of long-term operation in vacuum conditions, and the dimensions of the launch vehicle and the fairing used did not allow the launching of the airlock together with the manned capsule into orbit. At the same time, the short time (15-20 minutes) of the proposed spacewalk was a good help. 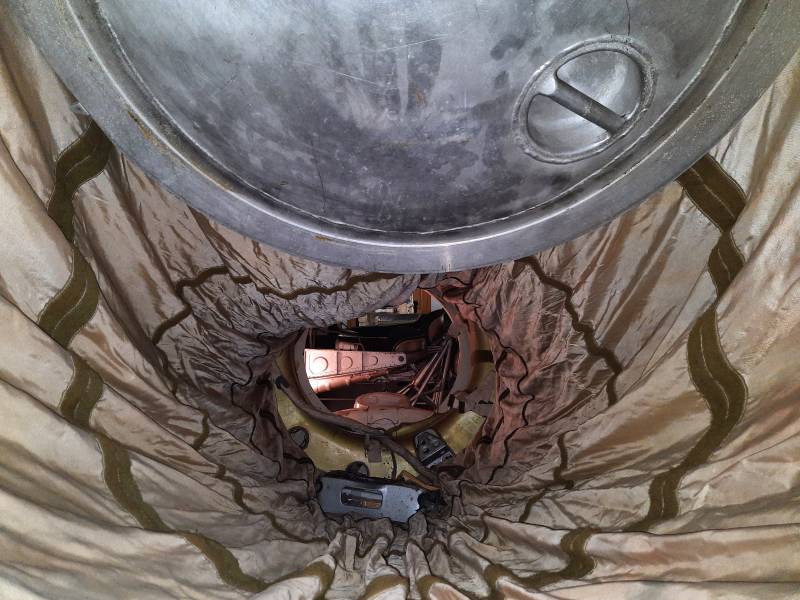 Various schemes of a telescopic airlock were worked out, but the specialists of Plant No. 918, renamed in 1964 into the enterprise "Zvezda" (now JSC "NPP" Zvezda "), proposed a scheme of an airlock chamber (hereinafter SC) with a soft inflatable shell, which expands only in orbit for the account of supplying gas to the chambers immediately before its application and subsequent shooting after the cosmonaut returns to the sealed compartment of the spacecraft. This solution made it possible to launch the spacecraft with the SC installed on it without significant modifications to both the Voskhod spacecraft and the launch vehicle fairing. 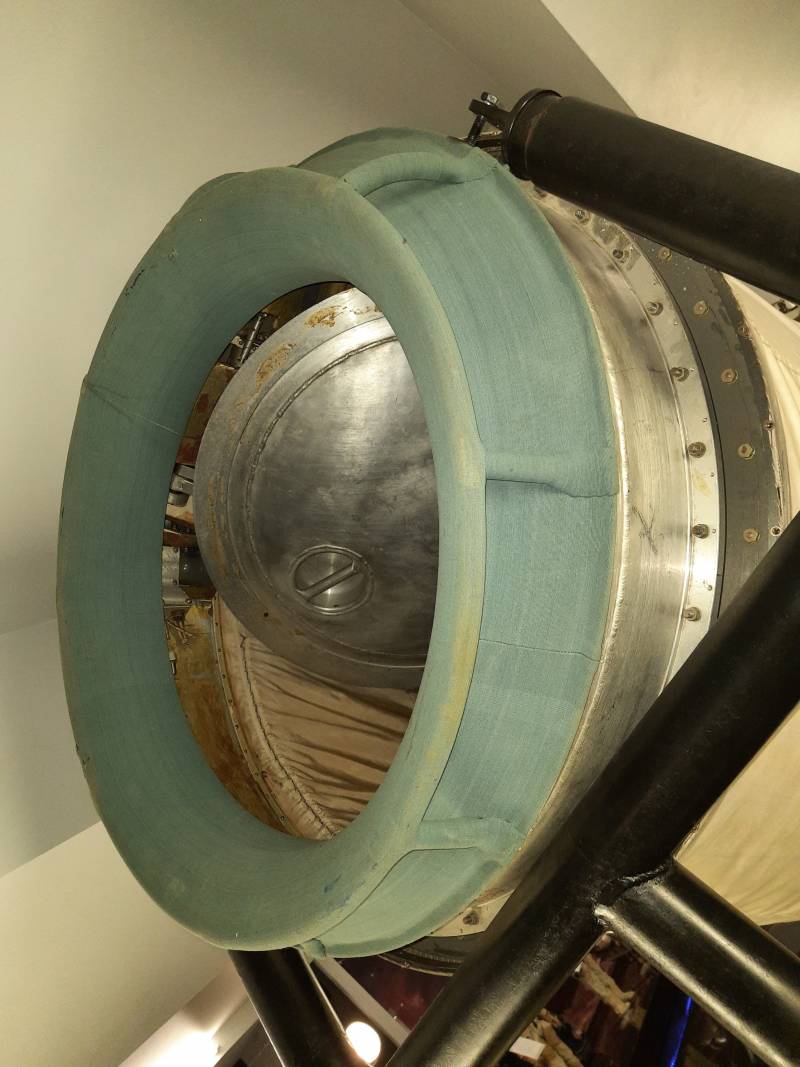 In parallel with the development of the airlock at the Zvezda plant, the Berkut spacesuit was also being developed for spacewalk. The joint work of designers from different departments dealing with the airlock and spacesuit made it possible to ensure a high compatibility of products and to work out an acceptable airlock scheme, despite the lack of experience in spacewalks. 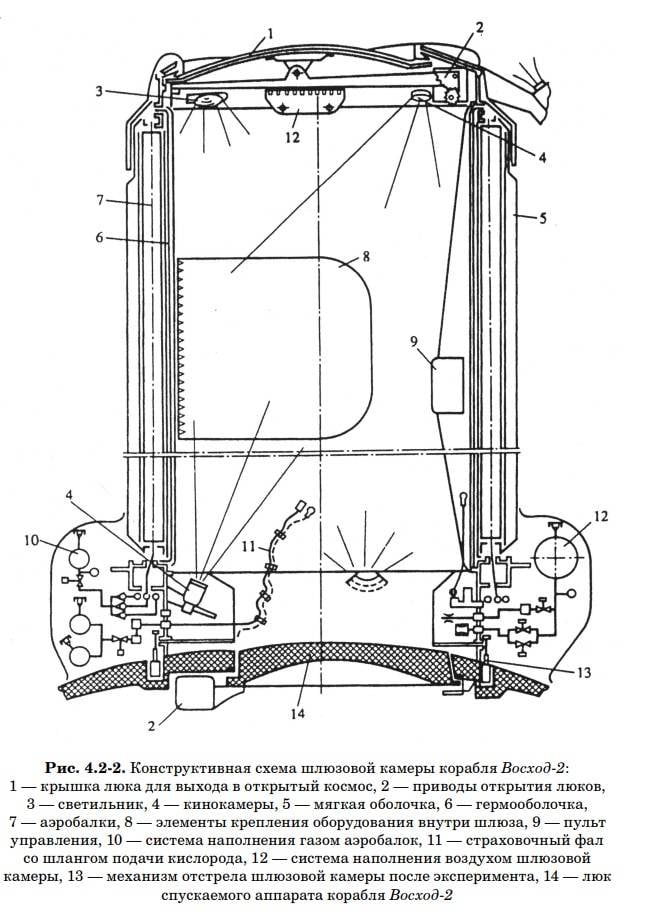 The design of the "Volga" spacecraft

From the book "Space suits of Russia":

“... The Volga airlock for the Vostok-2 spacecraft consisted of an upper rigid part with a hatch for spacewalks and a lower mounting ring docked with the ship's flange. They were interconnected by a hermetic shell and a power frame, consisting of a system of longitudinal aerobeams in the form of inflatable rubber cylinders, on which a cover made of durable fabric was put on. The SL in folded form was attached outside the Voskhod-2 spacecraft above the spacewalk hatch. The chamber housed systems that ensure the deployment of the shell in orbit due to the pressurization of the aerobeams, a system for regulating the pressure in the airlock during airlock, a control panel, elements of insurance and fixation of the cosmonaut when leaving, a system for separating the airlock from the spacecraft after the program is completed ... " 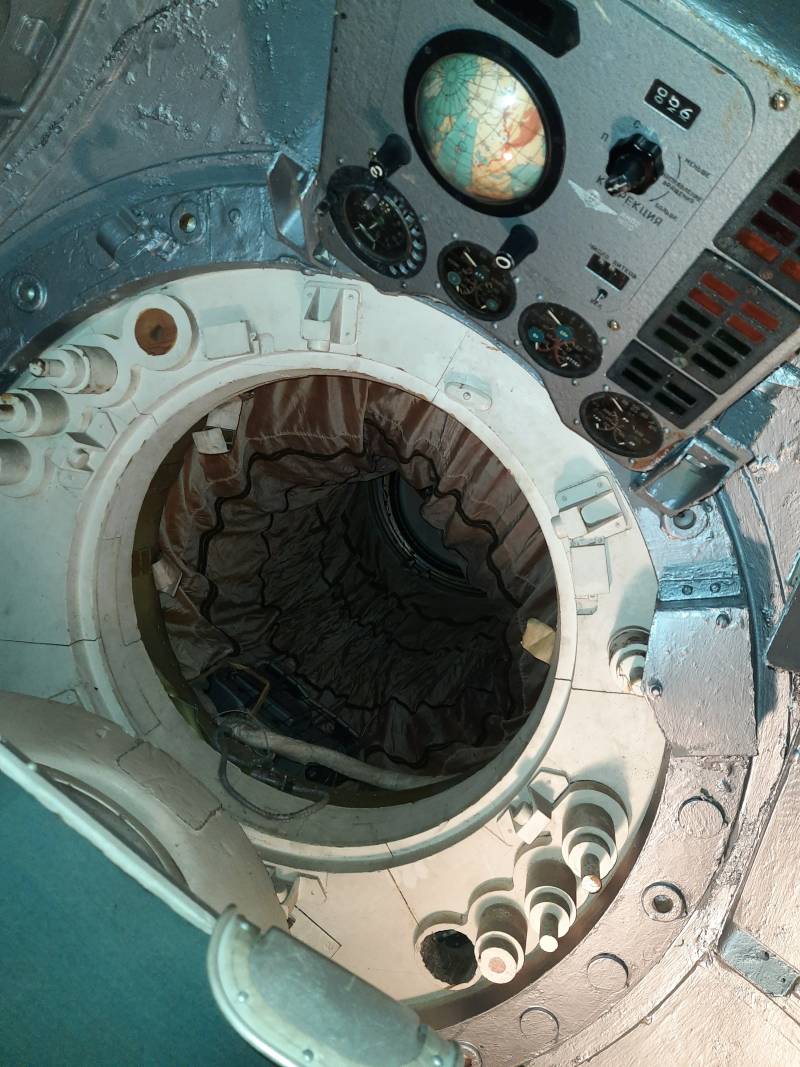 For the first time, the Volga spacecraft was used in the automatic flight of the Voskhod spacecraft (Kosmos-57) on 22.02.1965, and literally a month later when A.A.Leonov went into open space, which took place on March 18, 1965. The remaining samples of manufactured products (5 more pieces) were used during tests at Zvezda, including at the LII in the air laboratory based on the Tu-104.

Three surviving non-flying samples can be seen in the museums of JSC NPP Zvezda (photographs of this particular gateway are presented in the article), as well as in the museums of RSC Energia and the Moscow Museum of Cosmonautics. Two more samples were transferred to foreign private collections.

What do they have?

The American firm Lockheed Nissiles end Space Co has also developed a telescopic air hatch for spacecraft. Its weight was about 16 kg, it was made of an elastic material with a thread winding and a gasket made of gas-tight rubber based on butyl rubber. 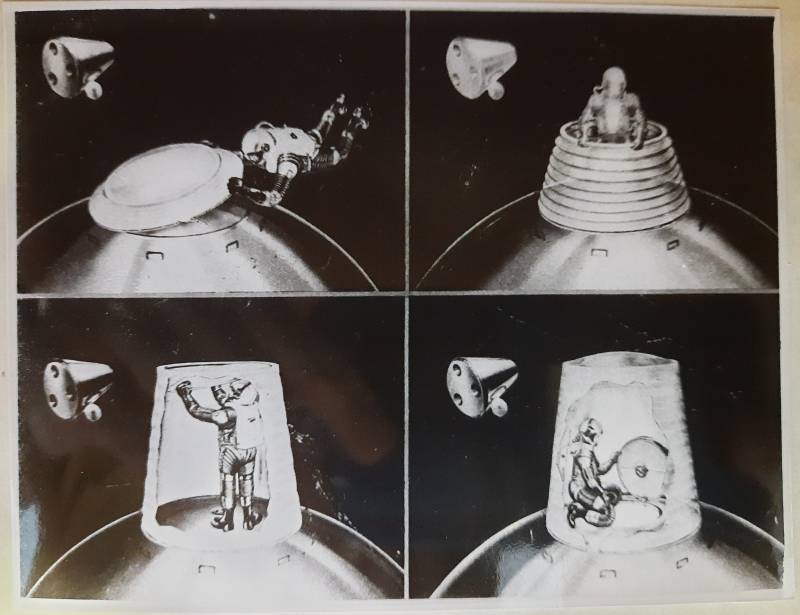 This device could be used in an emergency, when the standard airlock for any reason is out of order. With the help of this airlock, the astronaut could enter the spacecraft to carry out repair work or replenish supplies, but this project was never implemented, moreover, it cannot be considered a complete analogue of the Volga SC.

Ctrl Enter
Noticed oshЫbku Highlight text and press. Ctrl + Enter
We are
What you didn't want to know about EnglandList of destroyed the largest and most high-tech enterprises
Military Reviewin Yandex News
Military Reviewin Google News
45 comments
Information
Dear reader, to leave comments on the publication, you must sign in.