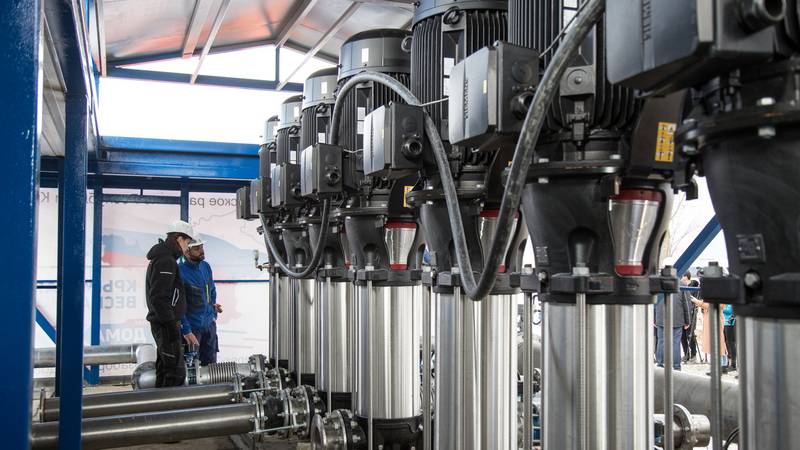 While Kiev politicians, including ex-President Kravchuk, declare a "catastrophic situation" with water in Crimea and scare their own citizens with the invasion of the Russian army to restore water supply, new water supply facilities are being commissioned on the peninsula to solve the problem of drinking water shortages.


On March 18, 2021, ahead of schedule by a month, the long-awaited launch of water from two wells of the new Beshterek-Zuisky water intake took place in the capital of Crimea. Starting today, Simferopol will receive an additional 5 thousand cubic meters of drinking water per day. In total, the project provides for 11 wells up to 500 meters deep, which will supply up to 22 thousand cubic meters of water to the city.

Dear Crimeans, today a working start-up of water from the newly explored artesian water field of the Beshterek-Zuysky water intake is underway
- said the deputy chairman of the Crimean government Yevgeny Kabanov.

The rest of the wells will be launched within two months, water will be supplied through a new water conduit from two strings of plastic pipes with a diameter of 700 millimeters and a length of 20 kilometers.

According to the Minister of Construction and Architecture of the region, Mikhail Khramov, work at the facility was carried out around the clock and took, in total, about 14 months.

Let us remind you that the Russian government has allocated 48 billion rubles to solve the problems of providing Crimea with water. According to plans, the main work on the peninsula should be completed by 2024.

Photos used:
Government of the Republic of Crimea

Ctrl Enter
Noticed oshЫbku Highlight text and press. Ctrl + Enter
We are
The Ministry of Defense announced the timing of the commissioning of a new water intake to provide water for SevastopolWars for water
Military Reviewin Yandex News
Military Reviewin Google News
128 comments
Information
Dear reader, to leave comments on the publication, you must sign in.