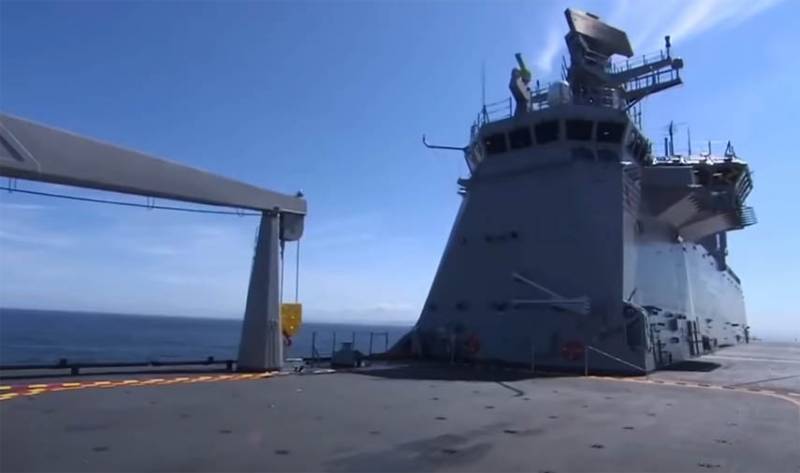 The Turkish authorities are concerned about the formation of an air wing for their light aircraft carrier Anadolu. Its displacement is about 27 thousand tons, while initially it was built as a future carrier of the fifth generation F-35 sea-based fighters.


After the United States imposed sanctions against Turkey for the acquisition of the S-400 anti-aircraft missile system from Russia, the question arose before Ankara: after the introduction of the universal amphibious assault aircraft carrier into operation, what will its air wing be?

Against this background, statements appeared in the Turkish press, where it is reported that instead of fighters, the Turkish command is going to deploy attack drones on Anadolu.

At the same time, 10 drones will be able to operate simultaneously
.
It is expected that the Turkish Navy's UDC-aircraft carrier Anadolu will finally enter service by the end of the year. Due to the pandemic and sanctions, these dates were postponed - it was previously planned that its commissioning would take place in 2020.
Ctrl Enter
Noticed oshЫbku Highlight text and press. Ctrl + Enter
We are
Reports from the militia of New Russia for 27-28 September 2014 of the year"Varyag" in China. View from Ukraine
Military Reviewin Yandex News
Military Reviewin Google News
55 comments
Information
Dear reader, to leave comments on the publication, you must sign in.