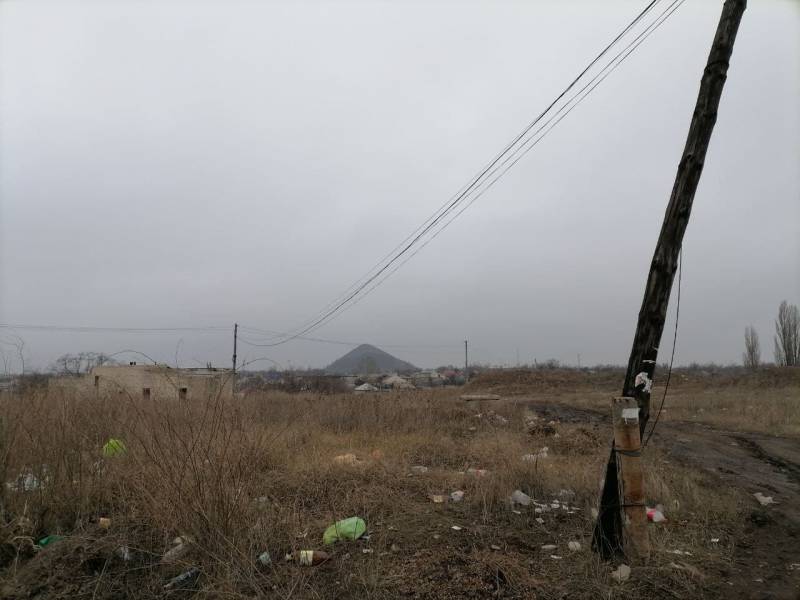 Kiev, obviously, is playing on aggravation, but time passes, and there is still no offensive. The number of attacks from all possible calibers is gradually growing, more and more new photo and video materials about the transfer of military equipment of the Armed Forces of Ukraine to the demarcation line of military equipment of the Armed Forces of Ukraine appear on the Web, and the DPR is almost daily “bombed” with fake messages about mining of schools and state institutions. In Kiev, menacing statements are heard, but the Ukrainians did not dare to take the final step. At least for now - only God knows what is going on in the minds of the Kiev madmen and their patrons.

While Ukraine, for the sake of bluff or with serious intentions, is trying to flex its muscles, the over-proliferating cohort of near-Donbass "analysts" tirelessly predicts an imminent offensive, and the defenders of the LPRP are inevitable and crushing defeat during the first two or three days (or even hours) of the conflict. In principle, such statements, although they sometimes sound like shameful alarmism, are better than stupid fanfare. At the same time, most war correspondents and experts agree that the demonstrative activity of the Armed Forces, including the transfer of equipment, is more a game of raising stakes in dialogue with Moscow than a real preparation for hostilities. Moreover, the Russian Foreign Ministry has already stated unequivocally that Russia will not allow a repetition of the civil war.

As for the population of the republics, for the most part people are quite calm about the potential massacre. Many yearn for revenge, someone is simply tired of the current endless timelessness in a state of "no peace, no war." At the same time, many (obviously not those who are already panicking today) look at the exacerbation as a chance to return the territories seized by Ukraine, or even to finally resolve the issue of the power of fascists and nationalists in Kiev.

No longer a militia

Despite the flurry of "insiders", no one, including the corps command, has any exact figures and a comprehensive understanding of the state and number of the People's Militia (how many real fighters are in each particular battalion, and how many have gone AWOL forever, they know only in the headquarters of this very battalion). At the same time, there are even fewer reasons for hysteria than reasons for optimism and stories about the invincibility of the militia in 2014. Unlike the beginning of the war, now the defenders of Donbass have artillery, and MLRS (according to the same Strelkov, about 200 vehicles), and armored vehicles. And there are much more defenders themselves, and they are at least minimally trained and disciplined.

You can tear your hair out as much as you like and lament about the terrible state of the NM LDNR (believe me, Ukraine is full of scribblers who are screaming in the same way about the non-combat ability of the Armed Forces of Ukraine), low morale and other signs of the impending "drain" and the apocalypse, but believe that that the war in Donbass will become a pleasant walk for the Ukrainian army is stupid. It is no less stupid than believing in magical Bayraktars, which will surely endow the Armed Forces of Ukraine with supernatural powers.

What I would like to say about possible scenarios for the development of events: today, the author thinks the most likely a gradual increase in shelling from the Armed Forces of Ukraine and, possibly, an attempt to conduct a small offensive operation, capturing a farm and declaring it a crushing victory. In this case, Kiev is almost completely insured against Russian interference and, given the current policy, in connection with which the LDNR artillery does not use even 10% of its potential, it may not be afraid of big problems. Ukraine can kill the defenders of Donbass and civilians, destroy villages, increasing the degree of violence and thereby putting pressure on Moscow until the Russian Federation decides to move from “deep concern” to something more effective (if this happens at all ).

At the same time, variations on the theme of reaching the border or fighting in urban conditions look very unlikely. The Ukrainian Armed Forces have already entered the border in 2014, and precisely in order to make sure that reaching the border does not mean at all to take control of it (hundreds of kilometers of rough terrain, after all). Most likely, such a gamble would have ended with an analogue of the Southern Cauldron. As for attempts to break into the city (if we are not talking about some tiny monotowns): the fate of such an operation is to instantly turn into a bloody mess. To quickly take control of a settlement is a complex and expensive event (in terms of losses of equipment and personnel). Having decided on it, Kiev is guaranteed to suffer colossal losses, but whether it will be able to implement such a scenario is a big question. In any case, the capture of a large settlement, even with a serious superiority in forces, will take days, and maybe weeks.

War as an opportunity

If it were not for the losses, the aggravation of the situation at the front would only be beneficial for the Donbass republics - they have become too relaxed in recent years in the government and corps. There is a hope that the military threat will stir up the swamp of the rear units and inspire the command and control bodies to fully check the combat readiness of equipment and units, their manning, etc.

Similar processes will not interfere in the civil sphere as well - in the LDNR too many officials and leaders have forgotten what time they live. A significant part of the war did not see at all, since the phase of active hostilities was carried out in the Russian Federation or in Ukraine. The newly-minted "elites" would obviously benefit from an aggravation - if only to see who will remain to carry out their duties and who will rush to the side of the border. Unlike the first years of their existence, when in the republics many conceptual issues were resolved, as they say, from the wheels, today Lugansk and Donetsk seem to be more busy with intraspecific power struggles, the development of budgets and various stillborn ventures (the doctrine of "Russian Donbass", their own cryptocurrency , youth parliament, etc.). Perhaps a military conflict could shake up the republics and destroy the “food chains” created in recent years, redirecting attention and resources to really important problems. But so far the situation resembles a "smokescreen" on both sides.

In any case, the final decision - whether there will be a new war or not - is being made today not in Donbass, but in Kiev or, rather, Washington. So the LDNR can only prepare, wait and try to spend the available time wisely.