Kravchuk: Russia does not want peace in Donbass 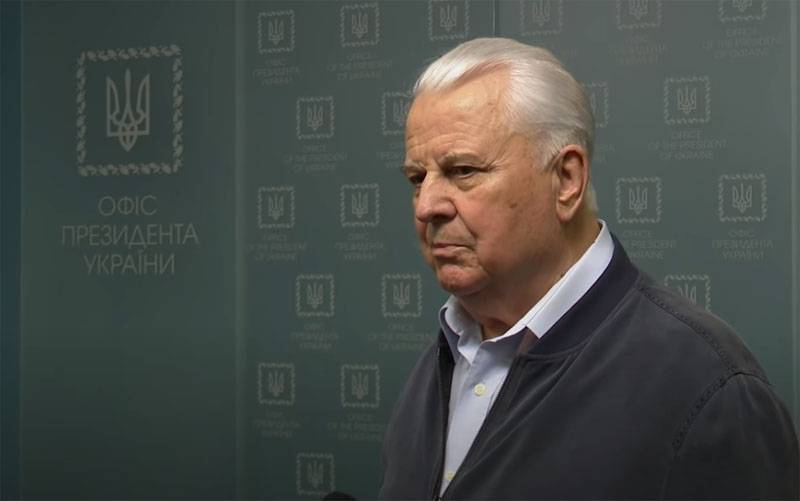 The first president of Ukraine continues to demonstrate excessive activity on the air of the Ukrainian media, although activity, due to his position as head of the Ukrainian delegation in the Trilateral Contact Group, is obliged to show on the way to agreements on peace and the restoration of normal life in Donbass.


Leonid Kravchuk gave his next interview to the Ukraine 24 TV channel. And again, the head of the Ukrainian delegation to the TCG tried to place all responsibility for the events in the Donbass on Russia.

According to Kravchuk, the situation is moving in a circle and "there are no proposals from Russia."

What proposals does Kravchuk need from Russia, when for several years now he has a paper with a step-by-step plan for the implementation of the Minsk agreements? Follow all these points, and then the situation “will not move in a circle,” along which Kiev today, apparently, prefers to walk on its own.

Russia believes that it fulfills the function of an observer. Although no one gave her such powers.
These statements once again confirm the fact that the representatives of Ukraine in the TCG did not even read the text of the Minsk agreements plainly.

The situation is at an impasse. You can get out of it only by radical steps. Russia is not interested in advancing the negotiation process on Donbass. Russia does not want peace in Donbass. She wants to leave the situation there as it is now, or different, but not better than now.
Let us remind you that Kiev does not comply with the Minsk agreements, while every time it tries to look for the guilty. Whoever benefits from supporting the conflict in Donbass is those puppet masters called by the Ukrainian authorities who continue to rule in Kiev. The conflict in Donbass is a suitable option for the Western world to play off Ukraine with Russia, respectively, and to contain Russia, which Zbigniew Brzezinski wrote about in his works.
Ctrl Enter
Noticed oshЫbku Highlight text and press. Ctrl + Enter
We are
Kravchuk announced that Minsk negotiation process on Donbass may be closedIn Ukraine, comments on Kravchuk's statement about the "ultimatum" from Russia in the contact group
Military Reviewin Yandex News
Military Reviewin Google News
68 comments
Information
Dear reader, to leave comments on the publication, you must sign in.