Contrary to promises not to expand to the east: on the chances of Georgia and Ukraine for admission to NATO 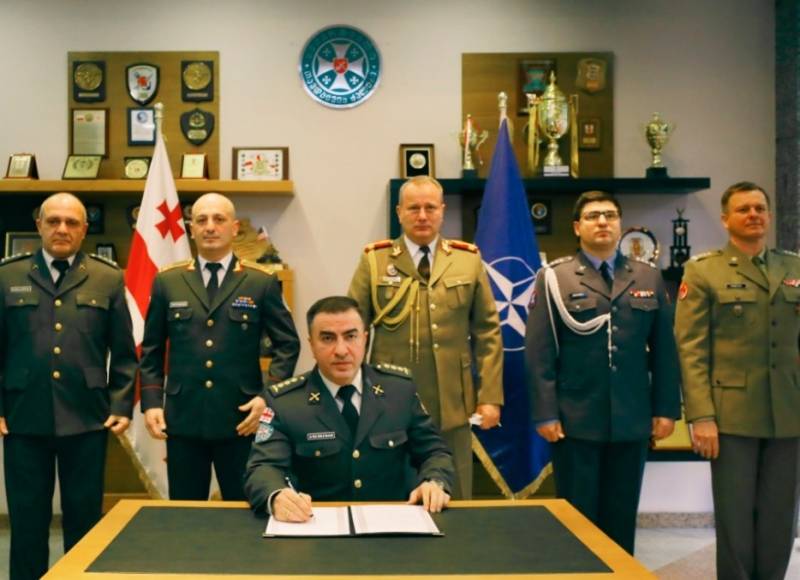 Contrary to initial promises not to expand eastward, NATO has pursued an active policy of integrating Eastern European countries since the early 1990s. First, the alliance included the countries - former members of the Warsaw Pact Organization, then - the three Baltic republics of the ex-USSR, as well as a number of countries formed as a result of the collapse of Yugoslavia. The latter is Macedonia, which was forced to be renamed North Macedonia in order to be admitted to the alliance.


At the same time, it is possible that the bloc and the US standing behind it are not going to stop at the entry of Estonia, Latvia and Lithuania into NATO, the prospect of integrating other post-Soviet republics into the alliance is too tempting. Now the world is talking about the chances of Georgia and Ukraine for admission to NATO. Another possible candidate is Moldova.

Who aspires to NATO in the post-Soviet space

The most valuable acquisition of NATO from a military-political point of view, among the above-mentioned states, would be Ukraine - a country with a population of many millions, the remnants of a developed Soviet industry and infrastructure, with a long border with Russia and access to the Black and Azov Seas. Georgia is less interesting for NATO in terms of economic and demographic potential, but its inclusion in the alliance would increase its military presence in the Caucasus, as well as make a direct corridor from Turkey to the southern borders of Russia.

But the prospect of Ukraine and Georgia joining NATO is being opposed not only in Moscow, but also in the West. First, both countries cannot be called economically prosperous and politically stable. In fact, this will be another ballast for the United States and Western Europe, which will have to be heavily invested in.

Secondly, both Ukraine and Georgia, as well as Moldova are countries with unresolved territorial problems: Donbass, Abkhazia and South Ossetia, Transnistria. To include countries with similar problems in the alliance means artificially bringing closer a military confrontation with Russia that is dangerous for the whole world. Sensible politicians in the West understand this very well and do not want to test the fate of civilization once again. But talking about a possible entry, making promises - as without it ...

But this problem can still be solved, especially if Moscow's political course changes. Therefore, if today NATO refrains from accepting Ukraine and Georgia into its membership, this does not mean at all that the alliance will adhere to such a policy in the future. In addition, it cannot be ruled out that Washington will go on an adventure and decide to check the Russian response by including Georgia in the alliance (for a start). 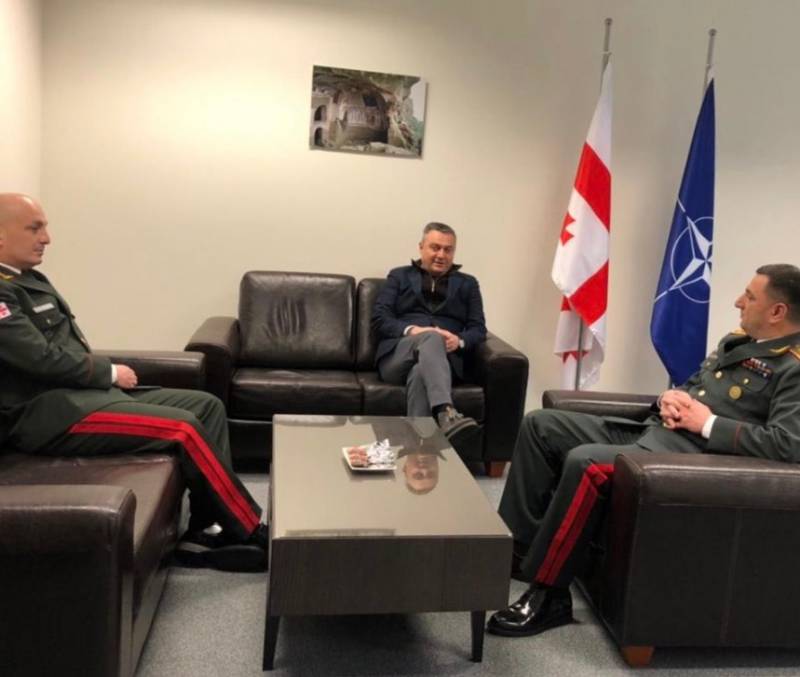 Why Georgia is a more likely candidate for early NATO membership

Why Georgia? First, it is easier to integrate Georgia into NATO than Ukraine, given the size of the territory and the population of the country. Secondly, Georgia is still a country that is farther from Russia in an ethnic and cultural vein. The Russian population, especially in difficult economic conditions, has little interest in the political future of Georgia.

A completely different matter is Ukraine, whose admission to NATO will inevitably affect the situation with Donbass and Crimea. In addition, in Ukraine, a significant part of the population is still Russian people - with Russian culture, language, mentality, who think of themselves within the framework of a single Russian world. Ukraine can become both a big gain and a serious problem for the alliance, and, most likely, NATO will choose the tactics of waiting and long observation in relation to this country.

Georgia may receive a NATO Membership Action Plan earlier than Ukraine. This opinion, for example, is shared by the Russian politician Inal Ardzinba, judging by the materials in the media. And there are grounds for such a position: on the NATO website back in October 2020, information appeared that Georgia was already preparing to join the alliance. There is no such information about Ukraine, which unambiguously speaks of Tbilisi's greater than Ukrainian successes in relations with Brussels and Washington.

As for the prospects for Ukraine, they definitely exist, but the process of this country joining the North Atlantic Alliance will be much more lengthy and painful, and will also depend on the political and economic situation in Russia. A separate question: if ever NATO is ready to accept the same Georgia and Ukraine, what will happen to the military bloc itself by that time or after that? Will it not turn out that the United States and Britain with several Russophobic Eastern European states will remain in its structure ... But there is also such a prospect.

Ctrl Enter
Noticed oshЫbku Highlight text and press. Ctrl + Enter
We are
What you didn't want to know about EnglandNikolay Silaev, Andrei Sushentsov: Georgia after the elections and prospects for Russian-Georgian relations
Military Reviewin Yandex News
Military Reviewin Google News
91 comment
Information
Dear reader, to leave comments on the publication, you must sign in.