Anniversary of the heroic battle of the 6th company of the Pskov paratroopers at the height of 776 near Ulus-Kert: history and relics 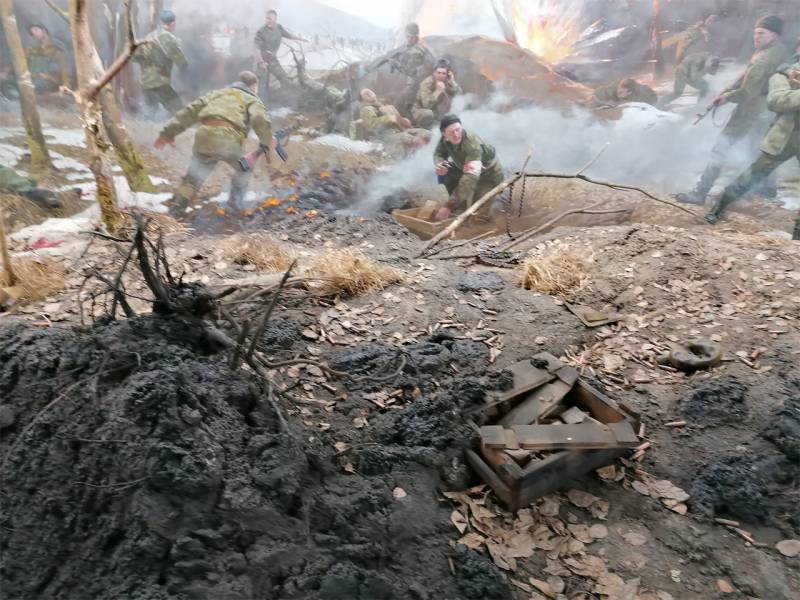 21 years ago, a battle took place on the territory of the Shatoy region of Chechnya, which became part of the newest history Russia is both tragic and heroic. We are talking about a clash that occurred on February 29 - March 1, 2000 between the soldiers of the 6th company of the 2nd battalion of the 104th Guards Infantry Regiment (parachute regiment) of the 76th Pskov Guards Airborne Division and more than two thousand militants terrorist conglomerate of the North Caucasus. The clash is known in military historiography as the battle at Hill 776.


Impressive forces of terrorists in the Ulus-Kert region appeared after the Khattab militants broke through the encirclement, into which they found themselves as a result of the retreat from Grozny and its suburbs to the Shatoi region. Russian troops made attempts to tightly close the ring in the southern part of Chechnya to completely destroy the enemy group that had retreated there, however, using thorough knowledge of the terrain, the militants were able to break through the shrinking ring.

The federal forces received precise information about the terrorist group that had broken through and the direction of its movement on the afternoon of February 29, when the reconnaissance patrol clashed with a small vanguard of militants and entered the battle. The terrorists realized that they had problems with further advancement. However, upon learning that they were opposed by "only a company" in front, they decided that there would be no special problems. But then they obviously did not realize which company was in their way ...

As a result, the direction of the attack from the terrorists was designated as follows - from Ulus-Kert and Mount Istykart (Istykort) to height 776 with the aim of further going along the Abazulgol river to the village of Selmentauzen, Vedeno region.

The main attack by terrorists, including Arab mercenaries, began at about 17:00 from two directions - west and northwest.

The diagram shows the location of the terrorists, as well as the Russian companies of the parachute regiment, several of which ended up on the flanks and in fact could not really help the comrades from the 6th company: 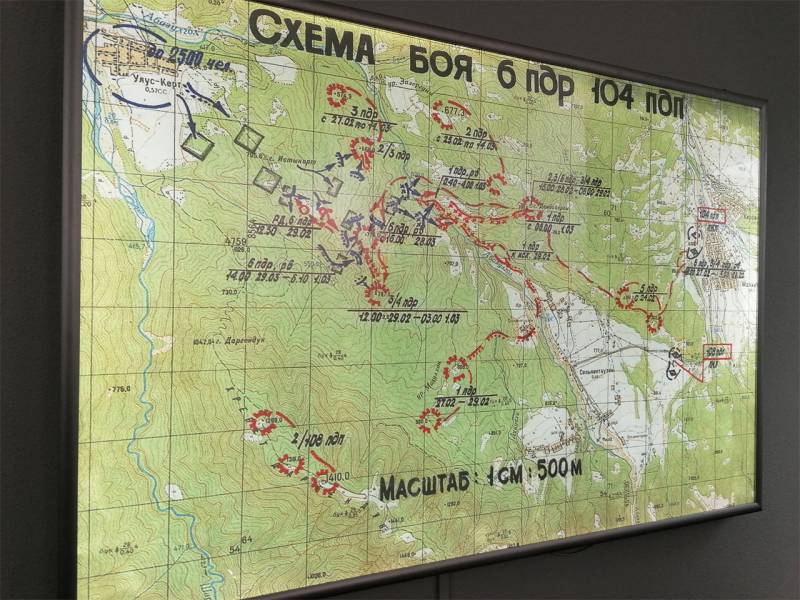 By about 22:50, the militants carried out a mortar attack, after which, on the personal order of Khattab, a militant unit, which at that time was considered the most efficient, was thrown into the assault on the company stronghold. This is the so-called combined squad "Dzhimar". Up to 400 militants used a method of attack that is usually described as "rolling waves": one group of militants followed another. Thus, the terrorists tried to deprive the Pskov paratroopers of any opportunity to rest, take a breath. At the same time, the same vaunted “Dzhimar” eventually lost about half of its composition, and with the attack “rolling waves” problems began to arise.

By one o'clock in the morning, the militants were struck several times by the artillery battalion of the 108th Infantry Regiment. They fired from the Grad MLRS on Mount Istykort. This shelling somewhat crumpled the plans of the militants and delayed the approach of their new forces to the 776th height.

However, by about three o'clock in the morning on March 1, the 6th company had already suffered significant losses (up to a third of its personnel) and was surrounded by militants, while continuing to fight and hindering the further advance of terrorists. On the morning of March 1, the enemy lost at least 300 militants. By about 5:40 am, the terrorists managed to take the height, at which a few Russian paratroopers remained at that time, fighting to the end. For example, only 11 Russian servicemen fought in the northern direction. In the southwestern direction, it came to hand-to-hand combat, up to the use of infantry (sapper) shovels. And the terrorists aimed to take the paratroopers defending the line alive. But that did not happen. Airborne troops fought to the last.

At about 6:10, Lieutenant Colonel Mark Yevtyukhin called for artillery fire. The words "I call fire on myself!" were the last on that radio broadcast. At the same time, some sources claim that these words were no longer pronounced by Mark, since "he had already died by that time." The name of Captain Viktor Romanov is called, but this is rather an unofficial point of view.

In any event, artillery fire began to fire at Hill 776. Up to two hundred more militants were killed.

In order to somehow hide more than significant losses, the surviving terrorists, who later broke through from the Argun gorge, announced that "in fact, there were no more than 700 of them near Ulus-Kert, and twenty died." These statements do not stand up to criticism, since more than fifty terrorists were killed in the first few minutes of the battle, by the heavy fire of the paratroopers occupying the dominant height. 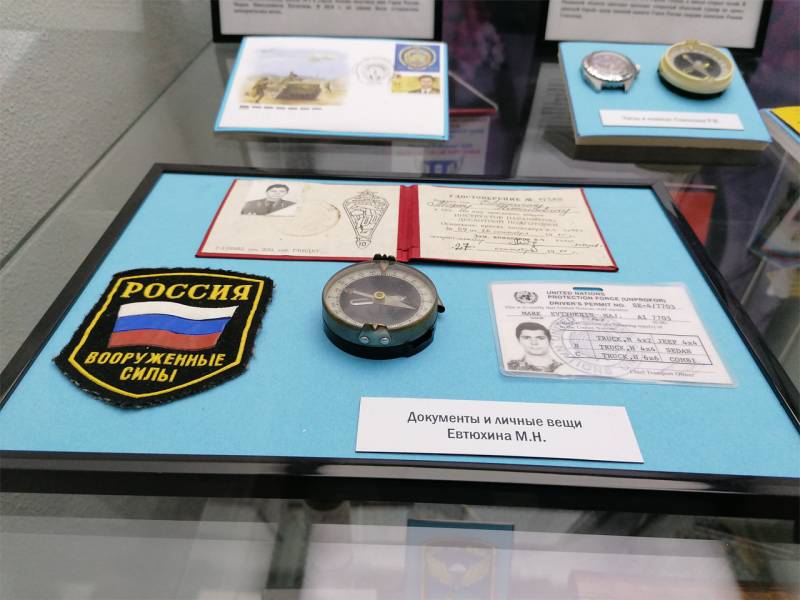 The creators of a unique diorama dedicated to the battle near Ulus-Kert: 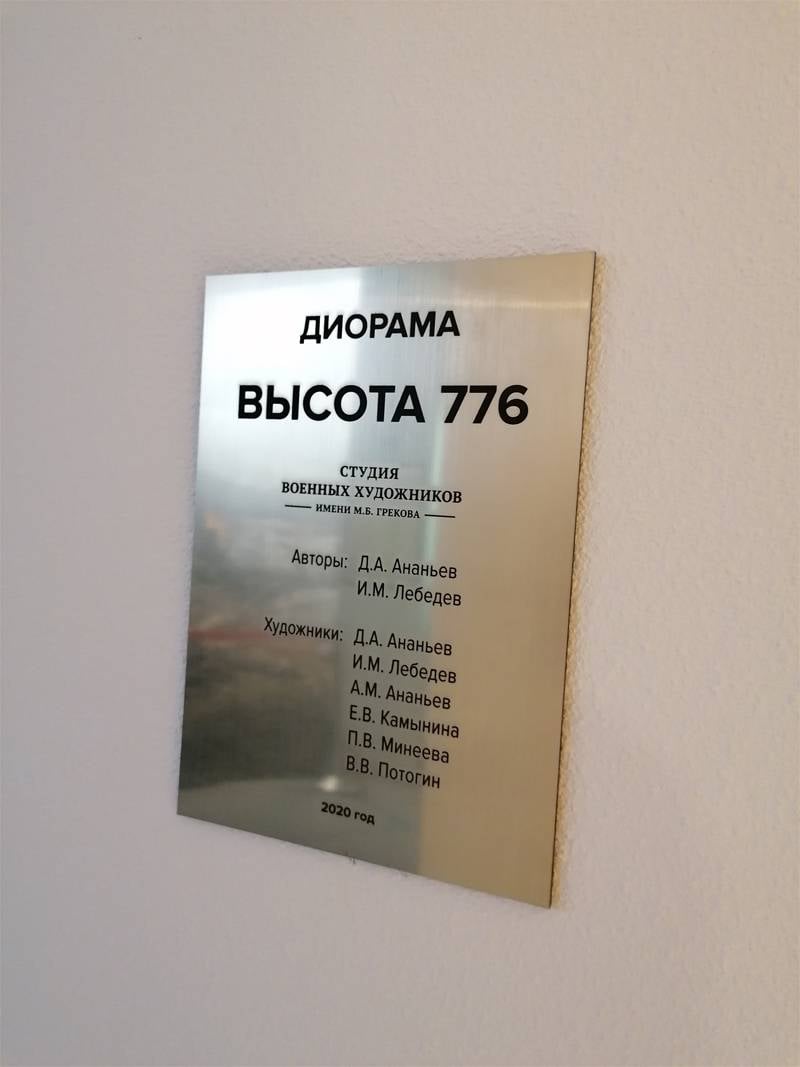 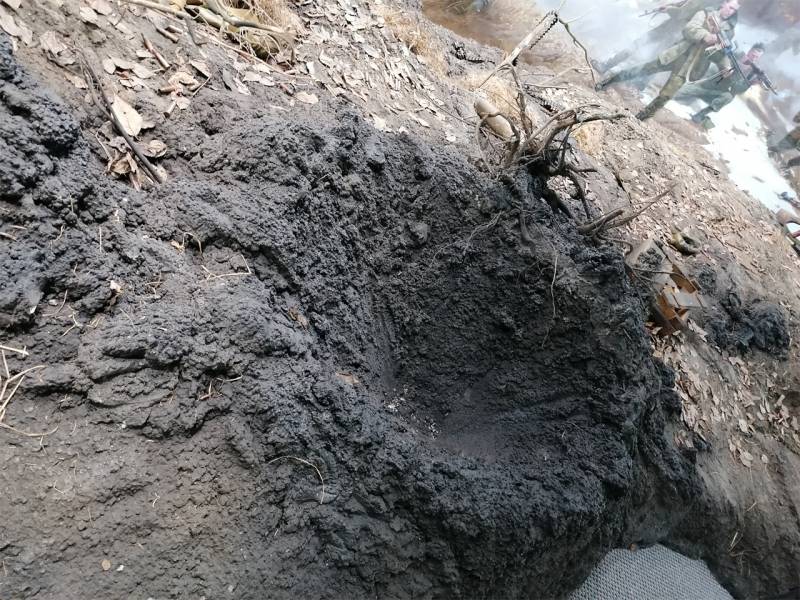 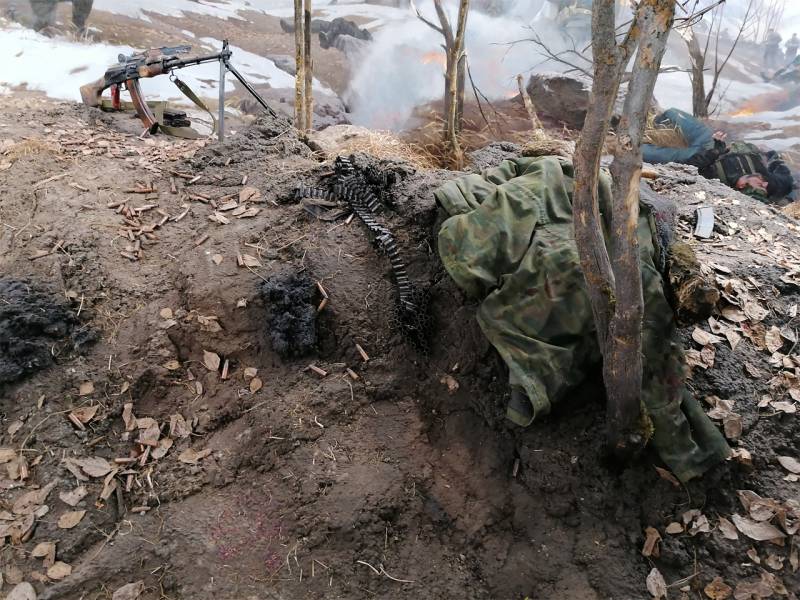 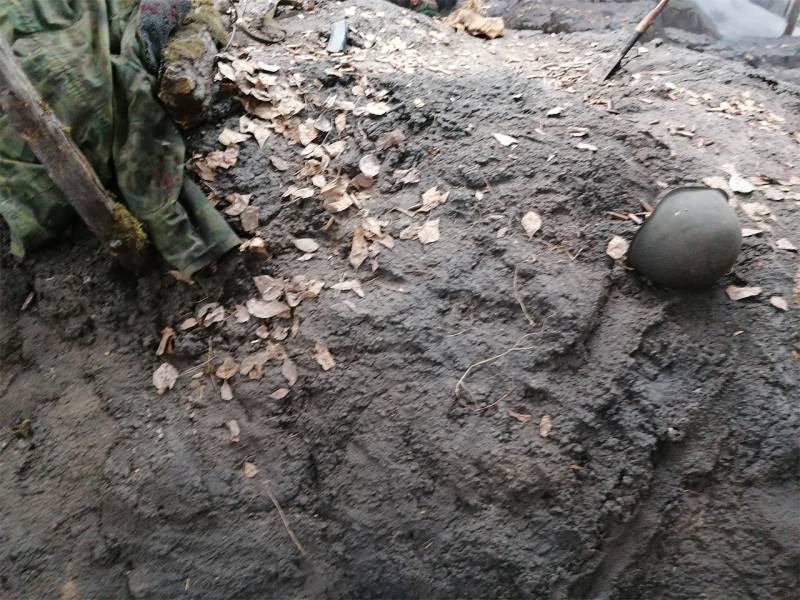 Photos of the fallen heroes: 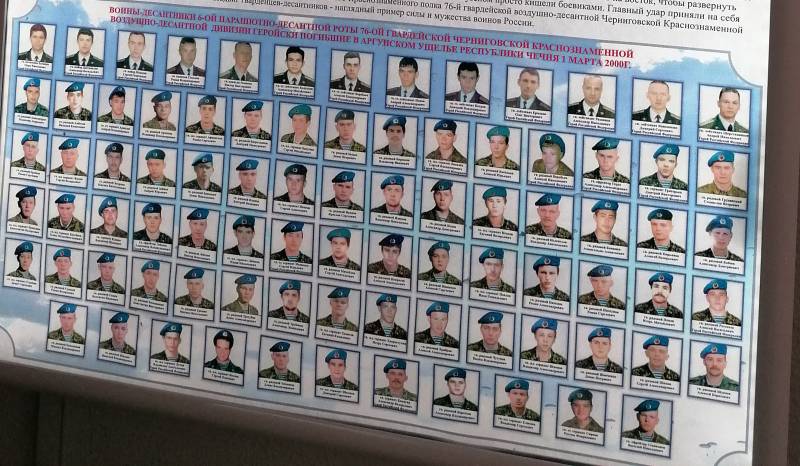 Ctrl Enter
Noticed oshЫbku Highlight text and press. Ctrl + Enter
We are
About Stalin and KhrushchevList of destroyed the largest and most high-tech enterprises
Military Reviewin Yandex News
Military Reviewin Google News
56 comments
Information
Dear reader, to leave comments on the publication, you must sign in.