In "Ukroboronprom": Tanks "Oplot" in a number of performance characteristics are among the best in the world 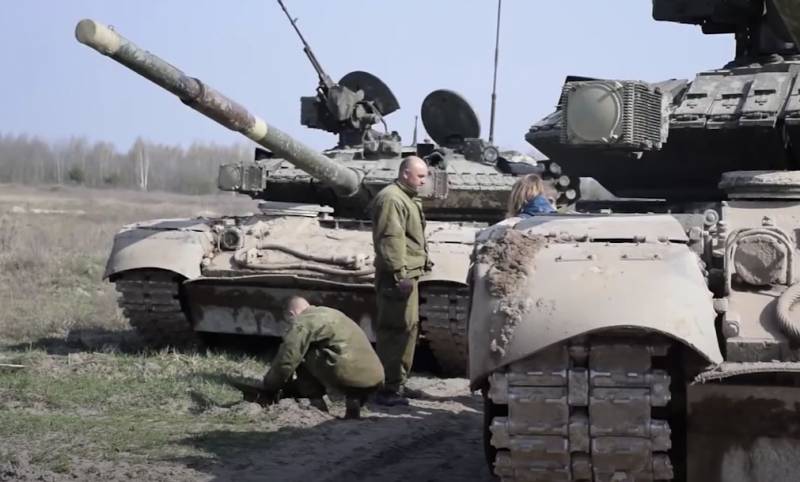 Ukraine cannot decide on the supply tanks T-84BM "Oplot" in the Armed Forces of Ukraine. So far, we are not talking about the specific timing of the delivery of these MBTs, but about the expectations expressed by both the manufacturer and the Ministry of Defense.


According to the general director of Ukroboronprom Yuriy Gusev, the concern he heads "is awaiting approval of the state defense order for 2021."

The general director of "Ukroboronprom" announced that the number of T-84BM "Oplot" tanks that should have been supplied to the tank units of the Armed Forces of Ukraine should be determined by the general staff.

These statements were made against the background of the transfer of five updated T-72 tanks (T-72AMT). From an ordinary event in Ukraine, they made a whole ceremony, in which phrases about "a gradual transition to NATO standards" were again sounded out of place. These statements were ridiculed by ordinary Ukrainian users, pointing out that "apparently, for a long time, Ukrainian officials will speak against the background of Soviet-style equipment and declare NATO standards."

For reference: MBT T-84BM "Oplot" has a mass of about 51 tons. Crew of 3 people. The main armament is a 125 mm smoothbore cannon. Cannon ammunition - up to 48 shells and ATGM. The tank is equipped with active protection "Warta". The tank is produced by the Kharkov plant named after Malyshev.
Ctrl Enter
Noticed oshЫbku Highlight text and press. Ctrl + Enter
We are
Reports from the militia of New Russia for 27-28 September 2014 of the yearDecember 2010 years. Russian March. Senseless and merciless? Notes not a Russian person
Military Reviewin Yandex News
Military Reviewin Google News
69 comments
Information
Dear reader, to leave comments on the publication, you must sign in.