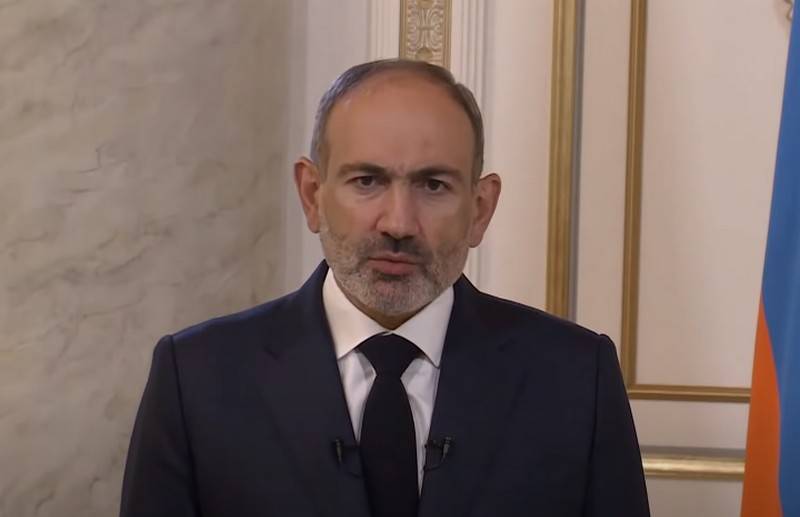 The Armenian Armed Forces opposed Prime Minister Nikol Pashinyan, demanding his resignation. This is stated in the statement of the General Staff of the Armed Forces of Armenia.

According to the military, the Armenian Prime Minister and the government are no longer able to make adequate decisions.

For a long time, the armed forces of Armenia have patiently endured the attacks of the current authorities against the army, but there is a limit to everything. The armed forces of Armenia fulfilled their duty with honor, fought the enemy side by side with the people. The ineffective management of the current authorities and the most serious mistakes in foreign policy brought the country to the brink of ruin
- said in a statement.

Based on the current situation, the Armed Forces of Armenia demanded Pashinyan's resignation, while warning the government against using force against the people.

In turn, Pashinyan called this statement an attempted coup and called on his supporters to take to the streets of Yerevan. In addition, the Armenian prime minister said that after the demands of the armed forces about his resignation, he dismissed the chief of the general staff.

The Armenian Defense Ministry has not yet commented on the General Staff's call for Pashinyan's resignation.
Ctrl Enter
Noticed oshЫbku Highlight text and press. Ctrl + Enter
We are
Deputy Chief of the General Staff of the Armed Forces, who criticized Pashinyan's words about Russian Iskander, was removed from his post in ArmeniaReport on the results of the survey-2013 "Evaluation of state political figures"
Military Reviewin Yandex News
Military Reviewin Google News
116 comments
Information
Dear reader, to leave comments on the publication, you must sign in.