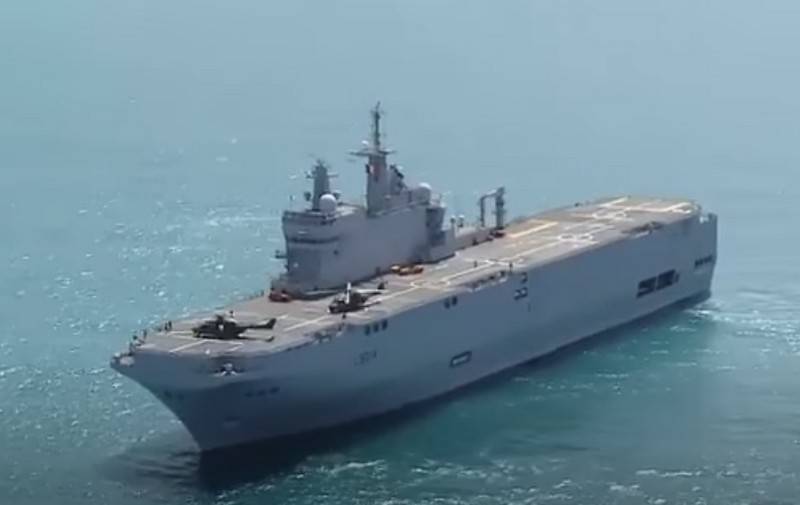 
According to the publication, on February 18, 2021, the Tonnerre helicopter carrier and the Surcouf frigate went on a long voyage. It is assumed that the mission of the French ships in the Pacific region will last about three months.

According to the plans of the French, the ships will cross the South China Sea twice and join the joint Japanese-American naval exercises, which will be held in May. The main task of the representatives of the French navy will be "strengthening the partnership with the Asian NATO", as well as "showing the flag" near the Chinese coast.

It is noted that the French nuclear submarine Émeraude and the support ship Seine passed through the South China Sea last week.

According to military experts, France is trying to "flex its muscles", showing its power and trying to strengthen its military presence in the region, but Paris does not have enough strength for this.

Earlier, the command of the German Navy announced about sending a frigate to the South China Sea area.
Ctrl Enter
Noticed oshЫbku Highlight text and press. Ctrl + Enter
We are
Reports from the militia of New Russia for 27-28 September 2014 of the yearInterview of Vladimir Putin with Radio Europe-1 and TF1
Military Reviewin Yandex News
Military Reviewin Google News
56 comments
Information
Dear reader, to leave comments on the publication, you must sign in.