What did the peasants bring to the city? Paternalism! 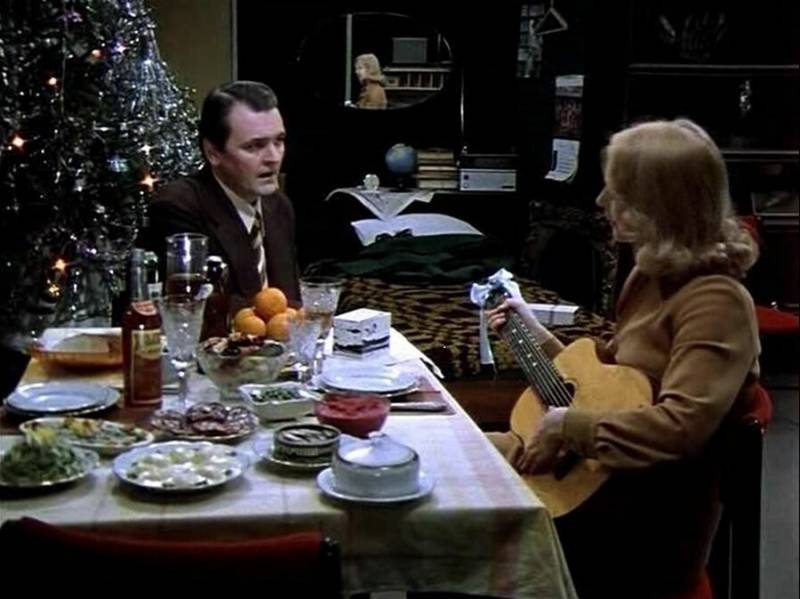 The irony of "paternal life" ... A can of canned food on the festive table. It is supposed to put the contents of the jar on a special plate or in a salad bowl, but ... it will do just fine, doesn't it ?! Everything is absolutely, the advantages of the social environment and its disadvantages are manifested in such little things! A scene from the film "The Irony of Fate ..."

The classics of Marxism-Leninism warned us about many things, but for some reason they did not go too deeply into the theory and practice of ... paternalism. But in vain! In him, in his psychology, born in the village and then migrated to our cities, is the key to understanding many problems of both the past and the present of Russia!

When the dogs were out of sight, Bashti presented his idea. If people plant banana trees, they get bananas. If they plant yams, yams will grow, not sweet potatoes or fig trees, but yams — and only yams. It is the same with dogs. If all black dogs are cowardly, then all the offspring of these dogs will be cowardly. White people's dogs are brave fighters. By multiplying, they give courageous fighters.
("Jerry the Islander" Jack London)
The beginning and end of the peasant civilization. Today we end this topic so that we, in fact, only have to draw a conclusion. However, we will draw a conclusion only after we answer a very important question: what the “gigantic petty-bourgeois wave” (as we remember it in 1917, it was not someone who wrote, but V. I. Lenin) brought with him to the city, and what consequences did it have for him?

In England - fencing, we have collectivization!

Let us also recall that everything that took place in England at the end of the 30th - beginning of the 30th century was repeated in the USSR in the 50s of the last century. Only there, the reason for the mass de-peasantization was associated with the development of sheep breeding and wool production, and in our country - with the need to eliminate the dependence of the state on the individualism of the peasants in the face of an acutely felt military threat. The country needed a proletariat, and they drew it from the countryside, and, on the one hand, trying to detain old collective farmers in the countryside, and on the other, opening up broad prospects for young people to end their peasant status at the "construction sites of communism" and in cities at industrial enterprises. Such a policy took place in the 90s, during the war years, and then the process went on increasing: the end of the 2000s - the beginning of the creation of a nuclear missile shield in the USSR and ... the massive construction of "Khrushchevs". The creation of nuclear missile parity - and the mass construction of "Brezhnevok". In the XNUMXs, the process continued, and in the early XNUMXs it was also spurred on by the introduction of the Unified State Exam.

End the "petty owner" once and for all

The place of the small peasant owner, who lived according to the principle “I can do whatever I want”, came to large agricultural holdings with a staff of hired workers, and the farmers - they also try not to work themselves, but hire hired workers. In fact, today our modern peasants are our ... summer residents who have acquired land as their property. But the volume of what they produce is completely incomparable with what can affect the interests of the state. So they can grow peppers, and potatoes, and ... grass with flowers there. And the fact that the process of "fencing", that is, replacing communal property with private land, took place in our country simultaneously with an attempt to build "socialism", once again suggests that our leadership during the entire existence of our "workers 'and peasants' state" consisted of from ... very ignorant people who did not understand the processes in him and did not react to them accordingly. 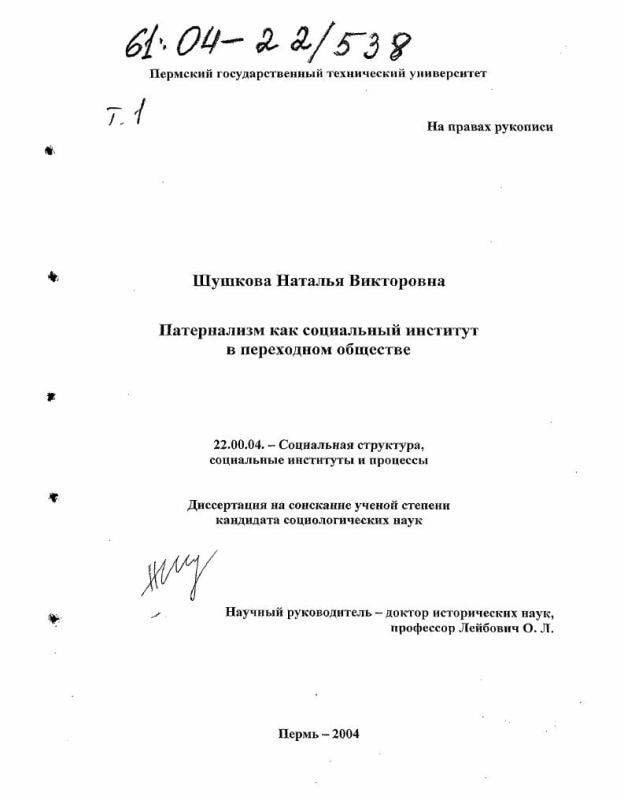 Three generations in conditions of stability ...

In what year was serfdom abolished in our country? In 1861, right? So, in accordance with the theory of generations, when should the psychology of people independent of this heavy legacy of the past be developed in our country? In 1961! But ... only on condition of stable life and natural change of three generations! And we had it all this time? Not a single day! First, the revolution of 1905-1907, then the First World War, the revolution of 1917, the Civil War of 1918-1922, industrialization, collectivization, "Yezhovism", the Great Patriotic War, "the defeat of the cult of personality" and a host of other perturbations affecting both on the economy and on the consciousness of our citizens. What's next? And then, as soon as things began to improve, the problems began - the "second waves" of the Second World War, a shortage of labor, which was supposed to reach a maximum in 1995 - and how could all this be dealt with? And they found a way out ... in replacing one system in the country with another - state capitalism, covered by pompous "left" phrases about socialism and the state of the whole people, with private capitalism. 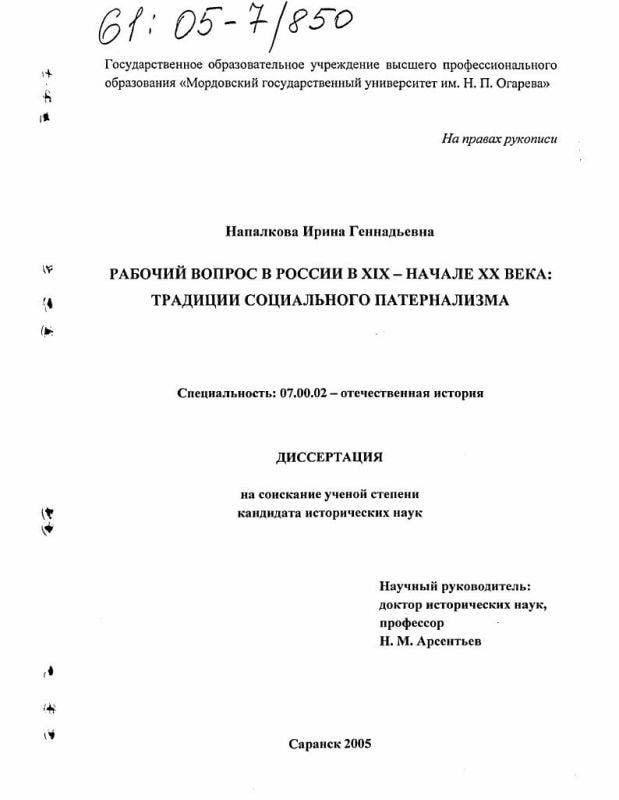 Psychology must be studied and then put into practice

And all this tossing back and forth, by the way, was precisely the result of the dual nature of individual peasants who do not exploit hired labor: on the one hand, they are workers, on the other hand, the owners of the means of production. The collective farms seem to have knocked out the basis for such a psychology, but our leaders did not understand that it does not change so easily. That children under 3-5 years old learn more about life than in the rest of their lives, and absorb the psychology of their parents literally with their mother's milk. It is easy "the village is not forgotten," it is easy to educate it in urban areas.

"I consider myself urban now I
Here is my job, here are my friends.
But I still dream of the village at night -
My homeland does not want to let me go. "

It's not just that Leonid Derbenev wrote such poems. And for a reason, when this song is sung from the stage, and people in the hall sing along with the singers. The subconscious "idols of the clan" and "idols of the cave", that is, upbringing and the place of initial residence, from which no one can hide in any city apartment, makes themselves felt. 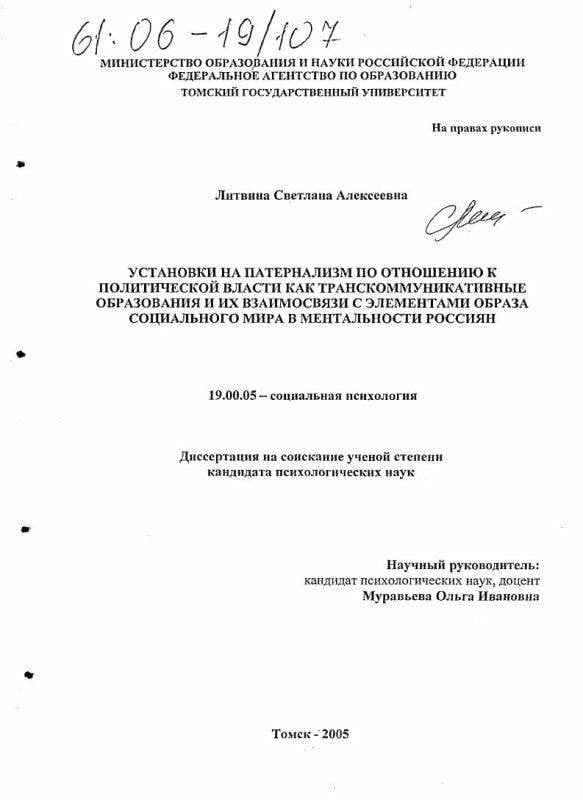 What else is paternalism bad? But what: it generates many ideological "squires" who are ready in every way to praise the wisdom of the leaders and to justify in the eyes of people even the most negative of their actions and decisions, since "the father will not say and do bad things." It is expressed in the imperceptible implantation in the public consciousness of ideas about the infallibility of the holders of the supreme power, their deification and at the same time tacit agreement with any unlimited arbitrariness, lack of rights and servility of subjects, the denial of any freedom and democracy. 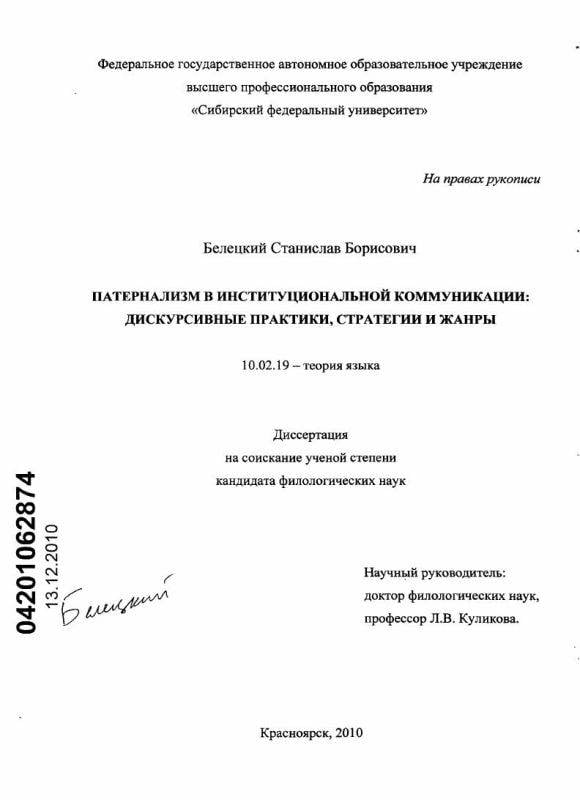 That is, the Russian centuries-old tradition of paternalism has not disappeared under the new conditions, on the contrary, it has found embodiment in petty-bourgeois leaderism, which is just characteristic of a multimillion peasant country. And the fact that we still have all the successes and failures of the country, people even here, at VO, associate with one particular figure, it is very sad: Stalin is good, Khrushchev is a corn-maker, Brezhnev is nothing, but "Marked" has ruined everything ... How much can you? Where have the people been all this time? I was engaged in "Odobryams" - all in the best, again, traditions of paternalistic culture.

And who went to the party? The same peasants, albeit yesterday's! 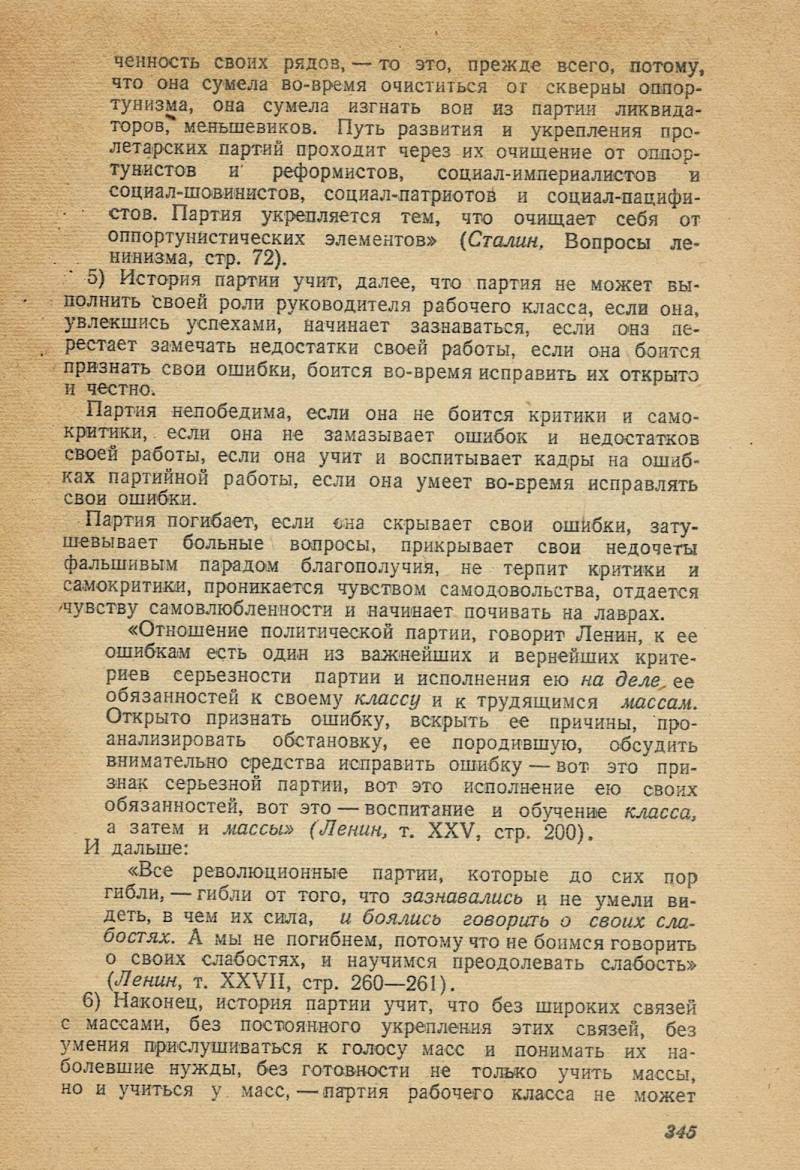 And, by the way, it's just amazing that in the famous “Short Course stories All-Union Communist Party of Bolsheviks ”(1945 edition) that this is exactly what will happen was written in plain text, albeit with the addition of the word“ if ”. That's just "if" it was predetermined from the very beginning, with the salvo of the Aurora!
Good words, now there would be mass consciousness too! 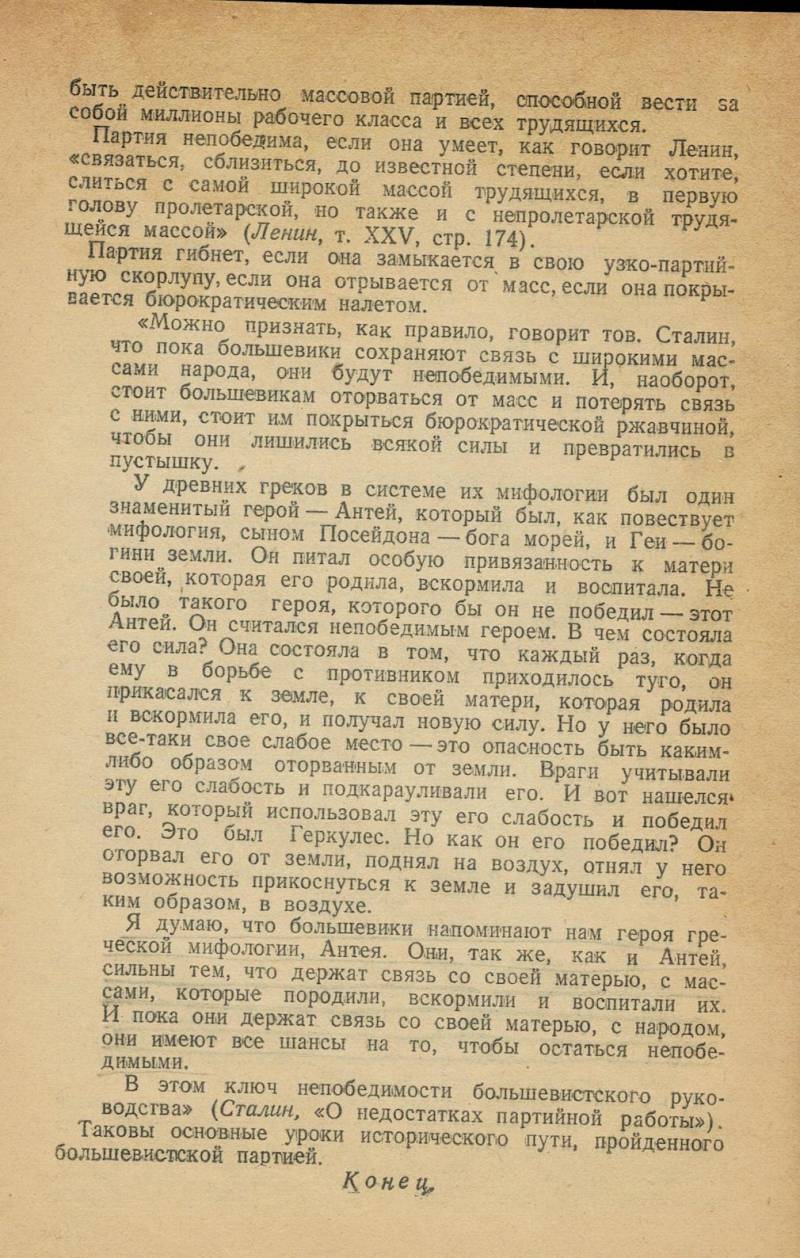 Let us emphasize that this is a 1945 edition. But ... it was written back in 1938, then a reprint of 1943 ... And everyone read, nodded their heads, repeated from the high rostrum ... And they did everything to make what was written as soon as possible come true!
By the way, all this, apparently, is very well understood by our today's leader, since he once said literally the following (at the ProjeKTORIA forum, Yaroslavl, December 2018):

“Most importantly, you should never wait for some kind of guidance. We have always had a very paternalistic state. This is partly good, because it preserves tradition, but on the other hand, each person individually needs to understand that 90% of his personal success will depend on him personally. That is why there is no need to wait, you need to take advantage of support, where it is, and the network of such support is being created wider and wider, it will be broader in the coming years, more substantive and meaningful in terms of filling with public finances, but each of you must to seek his own way in life, to take his destiny into his own hands. Otherwise, we will not see luck. The only way. Only personal initiative and hard work on yourself. So I want to call you to this. "
We will not talk about support here, even if the state does not interfere with us, but everything else is noticed very correctly! 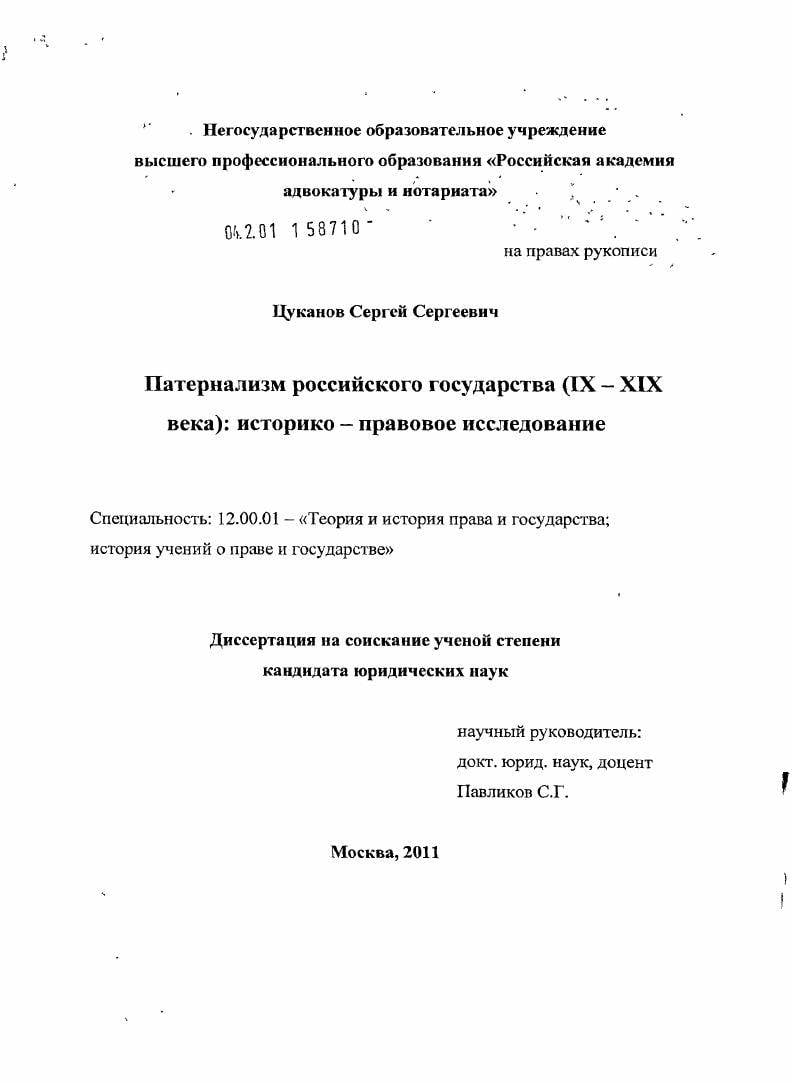 We drive more quietly - we better be!

And the conclusion from all this is this: nothing in our country will change in a noticeable way (an imperceptible process of change is constantly going on, since new children are born every day, most of them have never even seen a village!), Until a generational change occurs naturally. That is, the generations of the 50s-60s and beyond should give up their place in leading positions to representatives of generations of 2000 and so. But in a natural way. Haste here will only lead to the "swinging of the pendulum", as has already happened in Russia, and more than once.

Then the country will really change. But only you and I will not have to see this, except that sitting on a cloud, we can invisibly observe all this!

Literature for additional reading and self-development:

1. Patterns and mechanisms of socio-psychological paternalism: on the example of paternal relations between school and family. Academic degree: Doctor of Psychology Bonkalo, Tatiana Ivanovna, Moscow, 2011.

2. Paternalism in Russia. Academic degree: Doctor of Philosophy. Author of scientific work: Ermolenko, Tatiana Fedorovna. Rostov-on-Don, 2000. - Perhaps, this is the most interesting and best, and most importantly - also accessible, that is, not too cleverly written and "scientific" dissertation.