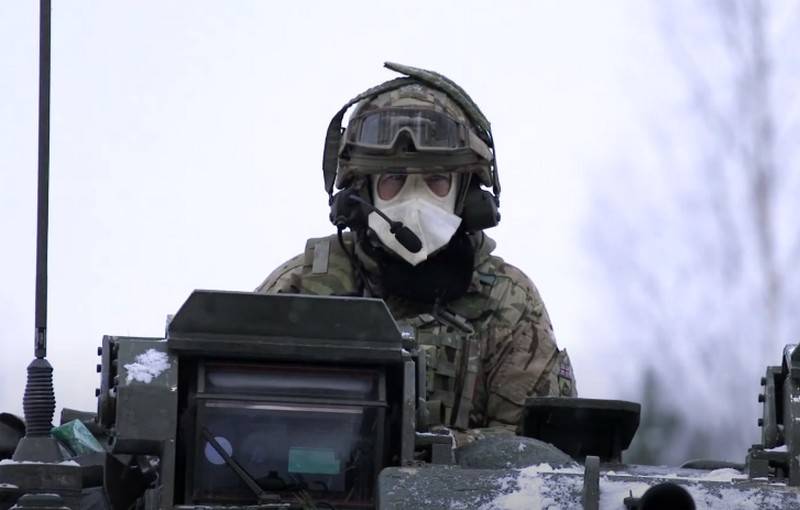 Members of the British Army conducted the exercise in the "harsh Estonian winter". Joint exercises are taking place at the central military training ground. This was reported by the press service of the main headquarters of the Estonian Self-Defense Forces.


British soldiers took part in the joint exercises of the Estonian Scout Battalion and the NATO International Winter Camp Battalion in Estonia. As the commander of the battalion of the alliance, Jim Hadwild, said, the exercises were carried out at a temperature of -20 degrees below zero, in "the harsh conditions of a real Estonian winter."

We wanted to experience a real Estonian winter, so that we can test ourselves in these difficult conditions
- Hadwild said, adding that it is "unusual" to conduct exercises in temperatures of 20 degrees below zero.

According to him, after such exercises, it is safe to say that the British servicemen have gained knowledge of actions in "harsh conditions", confidence in their strength and now can provide support in "any difficult conditions."

As the commander of the Scout Battalion, Lieutenant Colonel Aya, noted, the ability of the Allies to fight in winter conditions improves every year.

The headquarters of the Estonian Self-Defense Forces said that during the exercise they worked out joint actions with the allies and the use of British military equipment in winter conditions. The exercise will end at the end of this week.
Ctrl Enter
Noticed oshЫbku Highlight text and press. Ctrl + Enter
We are
Reports from the militia of New Russia for 27-28 September 2014 of the yearYuri Drozdov: Russia prepared the role of the sacrificial calf
Military Reviewin Yandex News
Military Reviewin Google News
168 comments
Information
Dear reader, to leave comments on the publication, you must sign in.