Without refuting Khazin. On the predictions of "duty" catastrophists 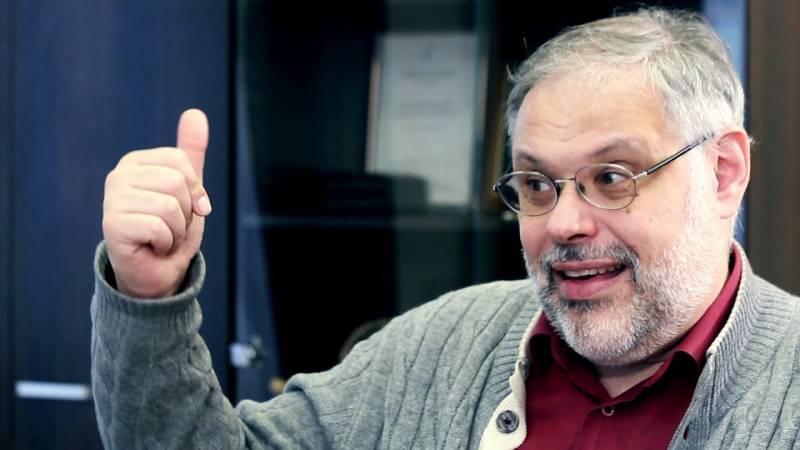 This is not a forecast, this is much worse

The fact that the exit from the pandemic may be more terrible than all the lockdowns was written by everyone who could. Your authors are almost the first, when everything was just beginning (Covid-19: not immediately after).

The “exit” is still quite far away, although the light at the end of the tunnel is already visible. However, this does not negate the need for sober assessments of the current situation and the search for an answer to the eternal question:

"What to do?"
Who is to blame is no longer so relevant.

It is much more important that, according to the estimates of a number of very authoritative experts, including the famous economist Mikhail Khazin, even before spring comes, a global collapse of financial markets may occur.

And this is against a positive background, when not only from Russia, but also from WHO (where frightening the public on business, and more often not on business, has long become a habit) they began to report that the number of recovered people has exceeded the number for several days. newly infected.

And yet, the positive is clearly not enough.

For example, in Europe they simply admit that mass vaccination is by no means hasty, but simply a failure. In the same USA, the coming to power of Joe Biden's team and the belated game of "impeachment of Trump" did little, but rather, did not change anything at all in the situation with the coronavirus.

The same Mikhail Khazin, in general, is convinced that replacing Trump with Biden (if someone really "invented" it) is a terrible mistake. And just for those financial circles that traditionally rely on Democrats.

The expert has no doubts that with the appearance of members of the "donkeys" party in the White House, it will no longer be possible to stop the impending collapse. This thesis is still very controversial, although so far the process is clearly going on at an increasing pace.

There is not enough stability. Or is it positive?

To begin with, the US economic indicators, contrary to all positive expectations, have only become worse since the beginning of 2021 compared to the “disastrous” 2020. It seems that the assurances that the real economy in the United States was "for Trump" is really confirmed.

American problems will inevitably affect the whole world, here one cannot but agree with Khazin. And you can't argue with the fact that if a big crisis happens, it will turn out to be worse than the Great Depression.

But is it really worth so much to be afraid of the 50% decline in US GDP that Mikhail Khazin is talking about? We have very big doubts about this. And it's not just that the American economy is more than half the economy of services, which simply collapsed due to the pandemic.

We think that a sober assessment of the American (and any other) GDP itself, which is considered, in fact, in money, is no less significant to us. So, this very GDP is often growing only due to the rise in prices (no matter - direct or indirect) of the goods and services produced.

We must also take into account the fact that among these goods and services in the same USA (and even in communist China) there is a very large component - financial and related to them (again, directly or indirectly).

After all, in countries like Russia, the GDP consists mainly of oil and gas. And also from bread, construction sites and you never know what else. And the share of services and the same financial products in GDP is extremely small, which pro-Western liberal economists cannot forgive us.

Thank God, Mikhail Khazin is not one of them. Isn't that why he (not only a recognized expert and blogger, but also the author of a whole economic theory, which even academician Sergei Glazyev puts on an equal footing with the works of George Friedman) almost relishes the picture of the American "impending catastrophe". 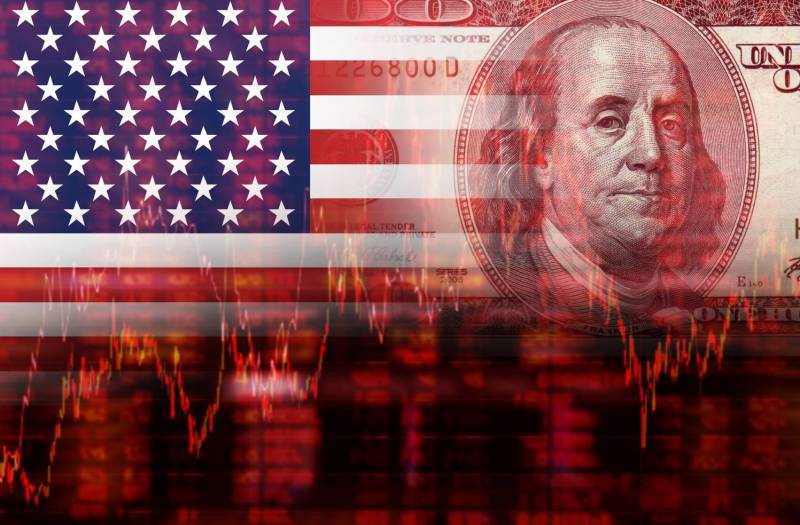 "Only those countries and regions that have time to introduce a new model of the economy will be able to save themselves in a collapse."
It is characteristic how gracefully the “court catastrophist” (defined by Vladislav Inozemtsev) threw a bridge to the last speeches of the head of state. Mikhail Khazin referred to Vladimir Putin's speech for the online forum Davos-2021, where it was said that this new model is now, in particular, in Russia.

And Russia will be ready to share its strategy with everyone who wants to build this model together with us. For those who remain in the blinkers of a dubious liberal course, Mikhail Khazin simply predicts collapse under the "impending collapse." Such, in his words,

“In the end, they will cease to be at least in any way significant subjects of economic relations.

The coming collapse will be the last crisis of capitalism, after which it will finally go into history».

But what about China?

Colleague Khazin is far from the only one who, in addition to the danger of financial bubbles, warns primarily about the problems of the American real economy.

Let us repeat about some doubts about how real it is now.

But let us note that in America itself there are enough "catastrophists". And they scare more abruptly than Khazin.

But they, for the most part, are certainly patriots of the United States, do not make such an icon out of the States. Understanding what is today

"Isolationism will not work"
The four years of President Trump's rule have contributed greatly. But they (just like our respected expert) for some reason forget about the "China factor".

Yes, it seems that in the Celestial Empire they masterfully hide their pandemic problems, calling them post-pandemic. But the Central Committee of the Chinese Communist Party seems to be too busy now with the struggle for economic leadership in the world. 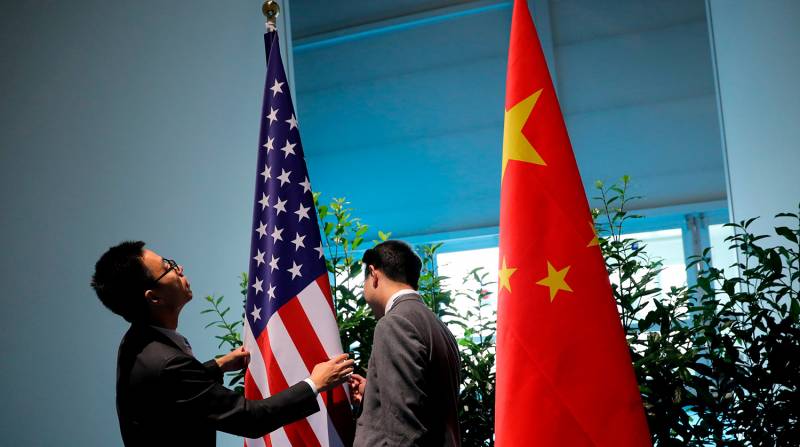 But even relying on G5 technologies and global infrastructure projects, without an all-consuming American market, communist China will not last long. And it is only at this particular moment that it is profitable for the Chinese industry to pump up the United States (and at the same time the EU countries) with unsecured trillions of dollars and euros.

At this particular moment, it is the Chinese, as well as the related economies of the colossal mega-region, into which both Japan and South Korea are already involved, that accumulate a significant part of the excess money supply. Moreover, they accumulate so far relatively painlessly.

It is clear that this cannot continue indefinitely. And both Mikhail Khazin and American experts cannot but understand this. However, there is still hope that a positive change in the news background will help in the fight against the coming crisis.

It remains to be noted that even a regular hit with forecasts in the top ten does not guarantee popularity to forecasters. Stable and long enough. Yes, Mikhail Khazin at one time predicted the default very accurately.

About a year before the default, a scandalous report to the board of the Ministry of Economy, where the then head of the credit department, Mikhail Khazin, warned that a reduction in the money supply would lead not to a decrease, but to an increase in inflation, cost him the post of deputy minister, and most likely - scientific regalia.

But the matter went to default much earlier, we can assume that even from loans-for-shares auctions. And even in the spring of 1998, employees of the economic department of the government "Rossiyskaya Gazeta" (We declared the default). However, not only them.

Colleague Khazin really has the right to be proud of the fact that he made an accurate forecast about the 2008 crisis. However, his "crisis" predictions about a fall in the dollar and a rise in oil prices came true exactly the opposite. What, in fact, no one will even remember.

But then Mikhail Leonidovich did not miss the sanctions. And with the fact that Trump will drag the United States into trade wars with almost the whole world.

Only Covid-19, probably, became a very unpleasant surprise for him. He even got sick with it last fall. And we can only be glad that we have recovered.

And now for his warnings, albeit deliberately "disastrous", most likely, you just have to say "thank you."

And wait for new forecasts. I would like - more optimistic.

Ctrl Enter
Noticed oshЫbku Highlight text and press. Ctrl + Enter
We are
Results of the week. “In our cooperative, the board is always agreed”Results of the week. "God forbid to see Russian revolt, senseless and merciless!"
Military Reviewin Yandex News
Military Reviewin Google News
168 comments
Information
Dear reader, to leave comments on the publication, you must sign in.