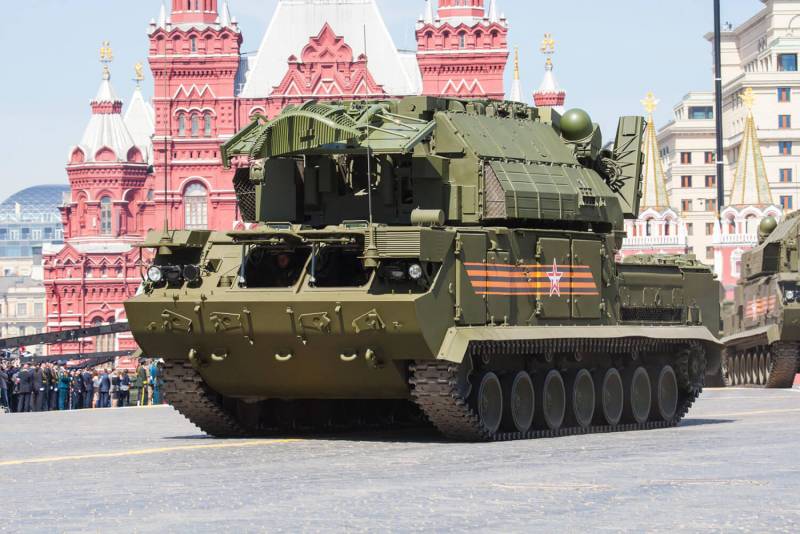 The General Director of Kupola noted that “work on improving our main products continues continuously. This work is aimed at improving all the tactical and technical characteristics of our air defense systems, in particular, expanding the target engagement zone, increasing the ability to intercept small-sized, low-flying and high-speed air attack weapons, increasing noise immunity, further automation and robotization of combat work, and increasing all fire and reconnaissance capabilities. ... Work is underway to modernize both the complex as a whole and its key components and devices. More advanced phased array antennas, passive detectors, calculators, etc. are being developed. A large block of work is aimed at transitioning to a modern element base, this is generally a constant, continuous process. The carrier base is being diversified, in particular, products on a wheeled floating chassis will appear in the SAM model range. We also strive to make the Tor-M2 air defense system interspecific: we are working on the creation of a ship-based complex. We are systematically moving forward in all these areas. "

Earlier, the Chief of the Air Defense of the Ground Forces, Lieutenant General A.P. Leonov, reported:
“To carry out the necessary R&D and create the necessary scientific groundwork, JSC IEMZ Kupol has 2 design bureaus: a special design bureau (SKB) with 60 people and a Special design bureau with 300 people. After the formation of the SKB in 2013, its number has already increased 4 times and, taking into account the scale of the tasks facing the IEMZ Kupol, it is predicted for further growth. Concentration of scientific potential under unified management allows to significantly reduce the development time of prototypes, accelerate the implementation of circuit design solutions to improve serial products, create the necessary scientific groundwork for the future and ensure a high level of scientific and technical potential. "

Efforts aimed at improving the "Kupolsk" short-range air defense systems regularly bear fruit. In particular, in 2020, the upgraded set of communications equipment (KSS) of the BM SAM "Tor-M2" was successfully tested. The new KSS significantly expands the combat and reconnaissance capabilities of the complex. The BM SAM "Tor-M2" now has the ability to control the combat operation of air defense systems of lower levels - ZPRK, ZAK, MANPADS, etc. When working in the "mixed link" mode, BM SAM "Tor" acts for them as a command vehicle. Thanks to the integration into a single link of BM of different classes, it became possible to use the powerful Tor-M2 air defense missile system to detect air defense systems, and to destroy them, according to target designation from the command vehicle, inexpensive air defense weapons of lower links. In fact, an adequate method has been found for countering massive modern air attack weapons (such as UAVs).

As a result of regular upgrades, the Tor family air defense systems retain their leading positions in the short-range air defense system class, and the troops receive more and more advanced products over and over again. It is to be expected that the Tor-M2 SAM system of the 2021 model will have improved performance characteristics compared to those previously released.

Ctrl Enter
Noticed oshЫbku Highlight text and press. Ctrl + Enter
We are
Reports from the militia of New Russia for 27-28 September 2014 of the yearDecember 2010 years. Russian March. Senseless and merciless? Notes not a Russian person
Military Reviewin Yandex News
Military Reviewin Google News
17 comments
Information
Dear reader, to leave comments on the publication, you must sign in.