Scarcity - how much is in this word 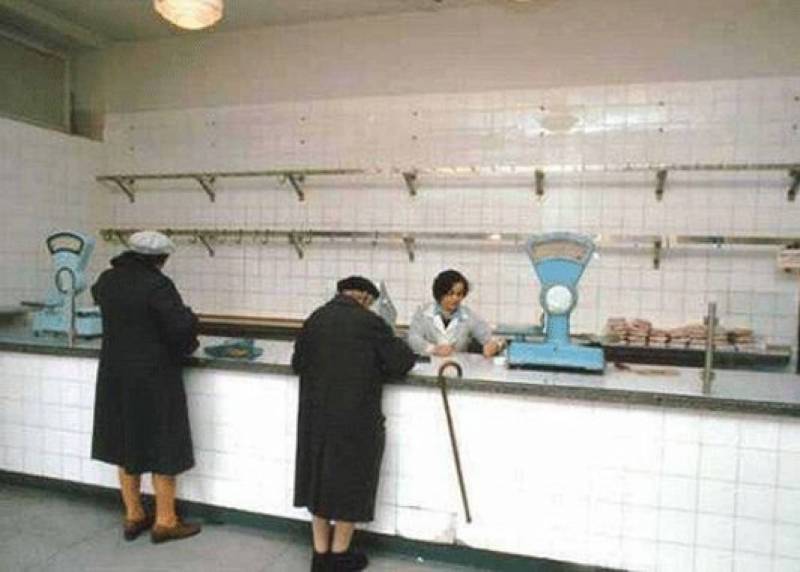 Fly in - it's cheaper

The Accounts Chamber of the Russian Federation was the first to warn about the threat of deficit. Probably because there they received information for analysis earlier than others. But not everyone knows that the Government at any time has the right to stop the rise in prices for socially important food products.

On the one hand, this seems to be good and the products will remain available.

But in the same Accounts Chamber, they decided to look at the problem from a different angle. And they quickly came to the conclusion that such straightforward regulation would almost inevitably lead to shortages.

Auditors of the Accounts Chamber emphasize for a reason:

“The administrative limitation of price increases for basic foods is a step aimed at supporting low-income groups of the population, who have a high share of spending on food.

At the same time, such a step carries systemic risks.

First, it is the likelihood of a shortage of goods that fall under price restrictions.

It may not be profitable for manufacturers to sell their products at fixed prices, and the proposed compensation will not be enough to cover lost profits. "
Those who lived in the Soviet Union remember well the huge queues at grocery stores - there is nothing, but everything is fabulously cheap.

Manufacturers will be saved by excitement

When the coronavirus is blamed for all the problems, in my opinion, this is about nothing, this is a conversation "vaasche". There are always specific reasons for everything. Even natural disasters have them.

So, at the end of 2020, inflation in Russia amounted to 4,91%, exceeding both the forecast of the Ministry of Economic Development (3,8%) and the Bank of Russia (4,2%). This is the highest figure in the last five years. Economists cite several reasons for inflation.

We will only repeat the main ones.

The first reason. Rush demand in March-April for food and non-food essential goods. Here, of course, the virus worked together with the "genetic" memory of the people. Seeing how the economy was blown away, the people, repeatedly taught by bitter experience, rushed to the shops.

By the way, now this phenomenon is observed not only in Russia, but also in well-fed European countries. Plus a competent informational brainwashing.

And now only the lazy is not talking about the coming deficit. This, without a doubt, will provoke a new rush demand, and after it - a rise in prices.

According to the Bank of Russia, over the past four years, the share of imports in our consumer market was 39% in general, and directly in the food market - about 28%. The planned increase in prices and tariffs for housing and communal services also affected.

From a very scrupulous analysis of the Accounts Chamber, it is clear that this situation arose not only because of a poor harvest (here not everything depends on people), but also because of a reduction in acreage. This is where government regulation would be very appropriate. As a result, there was a strong growth in prices for sugar (by 64,5% per year) and sunflower oil (by 25,9%), as well as for bread and pasta.

Prices are ordered to stand

In December, on behalf of the President, the government took a number of measures to curb the rise in prices for socially important products. In particular, it is planned to conclude special agreements on price caps between the Ministry of Agriculture, the Ministry of Industry and Trade and the Federal Antimonopoly Service, on the one hand, and retail chains, and commodity producers, on the other.

Currently, such agreements have been concluded only for sugar and sunflower oil. The wholesale price of 1 kg of granulated sugar is limited to 36 rubles, retail - 46 rubles. For sunflower oil there is a limit of 95 and 110 rubles per 1 liter, respectively. Moreover, the agreements will be valid only until the end of the first quarter.

In order to contain sugar prices in the medium term, factories will be able to obtain preferential loans in 2021 to purchase sugar beets from producers. If this does not help, the Ministry of Agriculture will consider the possibility of abolishing the import duty on cane sugar.

A prohibitive export customs duty (30%, but not less than 165 euros per 1 ton) has already been introduced on sunflower seeds, which will be in effect from January to June this year. The issue of introducing export duties on sunflower oil is being considered.

Restraining the growth of prices for bread and flour will be carried out through the introduction of quotas on grain exports. 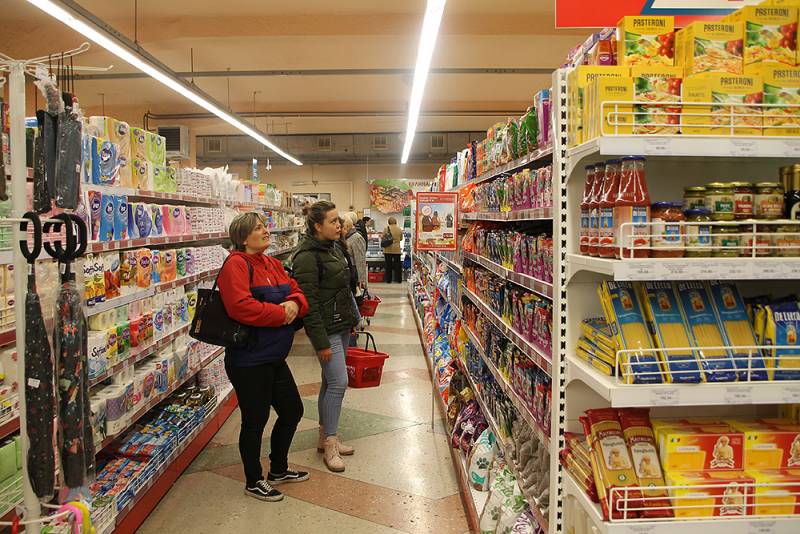 The Accounts Chamber does not exclude that a number of manufacturers who have signed a special agreement will find ways to evade their obligations.

"They will redirect commodity flows to export or to a warehouse in anticipation of the lifting of the price freeze ... Secondly, after the restrictions are lifted, there is a risk that prices will return to growth at an accelerated pace,"

- said in the report of the joint venture.

However, the auditors believe that it will be possible to make a final conclusion on the further effectiveness of the deterrent measures only after they are removed in the first quarter of 2021.

"Stocks of products in the largest retail chains AKORT for all socially significant goods are maintained, as during the entire last year, at a high level, which guarantees satisfaction of any consumer demand."
At the same time, however, representatives of trade very much hope that the government will not extend the term of the agreements and will not expand the list of goods with restrictive sanctions.

Meanwhile, retail trade is not only large chains. There are also small, mostly regional, as well as very microscopic private shops. These market participants do not have their own logistics, and food producers simply refuse to tinker with small things, so they have to use the services of distributors.

The latter, however, do not fit into the scheme invented by the government and continue to supply small goods at any price. Experts from large retail make a helpless gesture: what can you do, small sellers are always weaker than large ones.

But it is the small shops that are within walking distance from a huge part of the population, as a rule, from low-mobility pensioners with low incomes. How to deal with them?

A few months ago, a friend of mine opened a small shop in a village near Moscow. The sign flaunts:

“Economy class products”.
The people reached out. In addition to the fact that everything is cheaper there (meat, fish) than in a nearby supermarket, the quality is also excellent.

But after the New Year, things went awry. Distributors began to break prices for everything. For example, the store owner bought a chicken drumstick before the New Year at 180 rubles per kilogram, now - at 250 rubles. Growth - 39%! Only the sign remained of the economy class.

“Maybe we should apply to the FAS? Is the competition protected there? "
Explained popularly: it is not a tsar's business - to protect any husk, they are only interested in those who occupy at least 15% of the market.

Ctrl Enter
Noticed oshЫbku Highlight text and press. Ctrl + Enter
We are
A great interview with Sergey Lavrov: about Ukraine, Obama and IranWhat you didn't want to know about England
Military Reviewin Yandex News
Military Reviewin Google News
286 comments
Information
Dear reader, to leave comments on the publication, you must sign in.