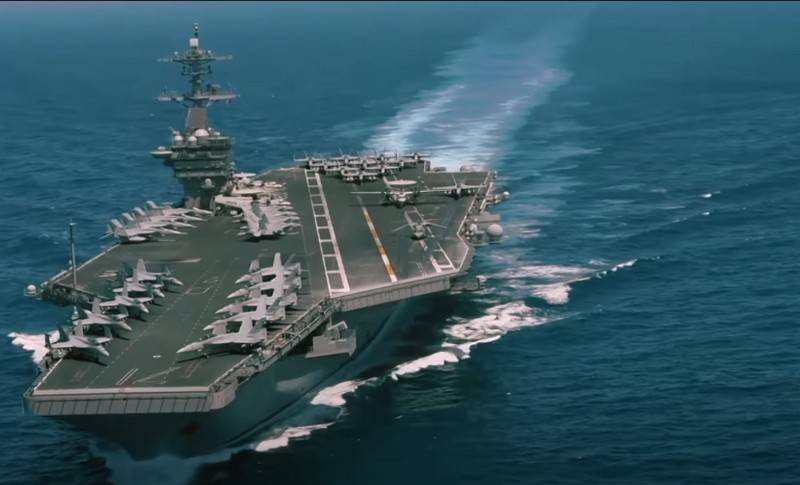 The United States sent an aircraft carrier strike group to the South China Sea, and the PLA navy is conducting naval exercises in the same area. According to military experts, the atmosphere in Sino-US relations after the election of President Joseph Biden remains tense.


The US 7th Fleet, in charge of the Pacific, has sent an aircraft carrier group led by the aircraft carrier Theodore Roosevelt into the South China Sea. The presence of the AUG in the sea washing the coast of the Celestial Empire was explained in the United States by concern for free shipping. It is noted that this is the first "signal" to Beijing from the new US administration headed by President Joe Biden.

Beijing reacted to the US actions and decided to hold its own naval exercises in the South China Sea.

The United States has conducted a major operation, and the People's Liberation Army must notify the Americans that it is ready to meet this challenge
- writes the Hong Kong edition.

According to experts, China will test the US reaction to its actions, defining the "boundaries of what is permitted."

The US itself notes that despite the harsh criticism of Trump's policies, the new President Joe Biden generally supports the former president's policy towards China. Washington has already announced the growing threat from Russia and China, condemned the "genocide" of the Uighurs, and promised to support Taiwan.

The new head of the Pentagon Austin Lloyd and the director of National Intelligence Avril Haynes also spoke about China, and they promised to "closely monitor Beijing's actions."
Ctrl Enter
Noticed oshЫbku Highlight text and press. Ctrl + Enter
We are
Reports from the militia of New Russia for 27-28 September 2014 of the yearYuri Drozdov: Russia prepared the role of the sacrificial calf
Military Reviewin Yandex News
Military Reviewin Google News
56 comments
Information
Dear reader, to leave comments on the publication, you must sign in.