Helping the Working People: Social Protection of the Population in the First Years of Soviet Power 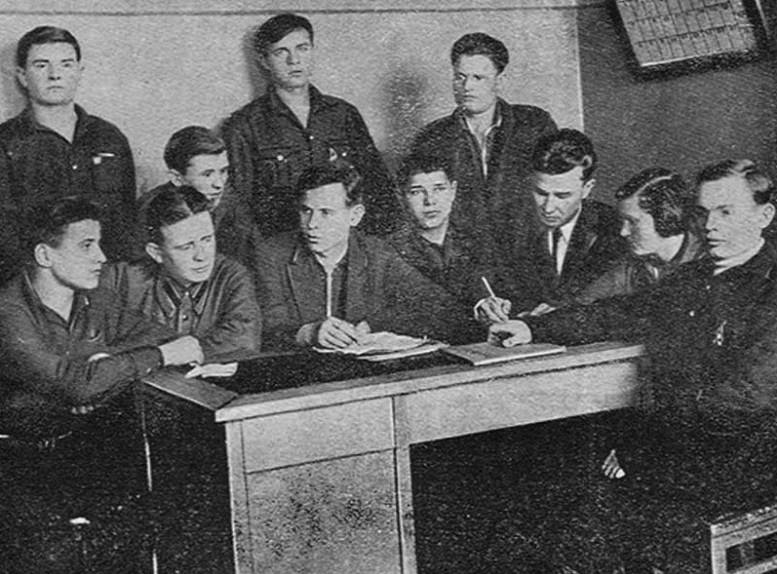 No matter how much admirers of pre-revolutionary Russia liked to talk about charity and good merchants and landowners - patrons, a full-fledged system of social protection of the population, which covered all the inhabitants of the country, was formed only after the victory of the Bolsheviks. The 1917 revolution created a welfare structure that no other country in the world had in those years. Real help to the working people began to be rendered.

Creation of a social security system

Already on November 14, 1917, the People's Commissariat of State Charity was established, whose duties included taking care of the elderly, minors, protecting mothers and infants, helping war invalids and their families. The notorious Alexandra Kollontai was appointed to lead the commissariat. In December 1917, the Regulation on insurance against unemployment was adopted, then - the Decree of the All-Russian Central Executive Committee and the Council of People's Commissars of the RSFSR "On insurance against illness."

At that time, social security was understood as the payment of pensions and benefits to persons who lost their basic earnings due to unemployment or disability, benefits for pregnant women and women in childbirth, nursing mothers engaged in manual labor, funeral benefits or medical care. In the conditions of the Civil War, the destroyed economy and infrastructure, the Soviet government, nevertheless, found the means and opportunities to help those in need.

One of the most important areas of social protection of the population in the first years of Soviet power was the fight against child homelessness. Then it was really a very terrible and serious problem: the First World War and the Civil War, epidemics of dangerous diseases, banditry led to the fact that there were a huge number of street children in the country.

The Soviet government, under the leadership of Felix Dzerzhinsky, took on the mission of eradicating homelessness. A large number of orphanages, special schools, educational colonies were created, in which street children were placed. As a result, by the end of the 1920s, the level of homelessness in the Soviet Union had decreased many times compared to 1918-1921.

Many former homeless children, thanks to the Soviet education system, have become real people and found themselves in a variety of professions: they became honest workers, brave warriors, talented scientists and writers. Many books and films have been created on the topic of combating homelessness in Soviet Russia.

Let us recall that before the revolution there was practically no struggle against homelessness, child labor was exploited, children from poor peasant and working families were involved in prostitution, in criminal earnings. Suffice it to turn to the works of Vladimir Gilyarovsky, Alexei Svirsky and other representatives of Russian literature and journalism, who described the life of the lower strata.

Almost immediately after the revolution, the Soviet government began organizing a full-fledged system of social protection for the working class. In cities, villages, townships, hospitals for workers, rest homes and sanatoriums were created. Many of them were created on the basis of estates and mansions of landowners, merchants, officials of tsarist Russia. For example, in Rostov-on-Don, on the basis of dachas of wealthy Rostovites, a workers' recreation center was created, which was then transformed into a sanatorium for patients with gastrointestinal diseases.

Of course, not all problems and issues in the first years after the revolution could be solved by the Soviet leadership. But thanks to the grandiose Soviet experiment, we now have a relatively developed system of social protection of the population. Many foreign countries also use it, having adopted that Soviet experience. So, fearing a repetition of the 1917 scenario - already at home, Western governments were forced to meet the demands of the workers' parties and movements in their countries and establish a social security system. So, the positive effect of the Soviet reforms spread far beyond the borders of the Soviet state.

Ctrl Enter
Noticed oshЫbku Highlight text and press. Ctrl + Enter
We are
List of destroyed the largest and most high-tech enterprisesOn the other side of the “red” and “white”. Izborsk Club Report
Military Reviewin Yandex News
Military Reviewin Google News
124 comments
Information
Dear reader, to leave comments on the publication, you must sign in.