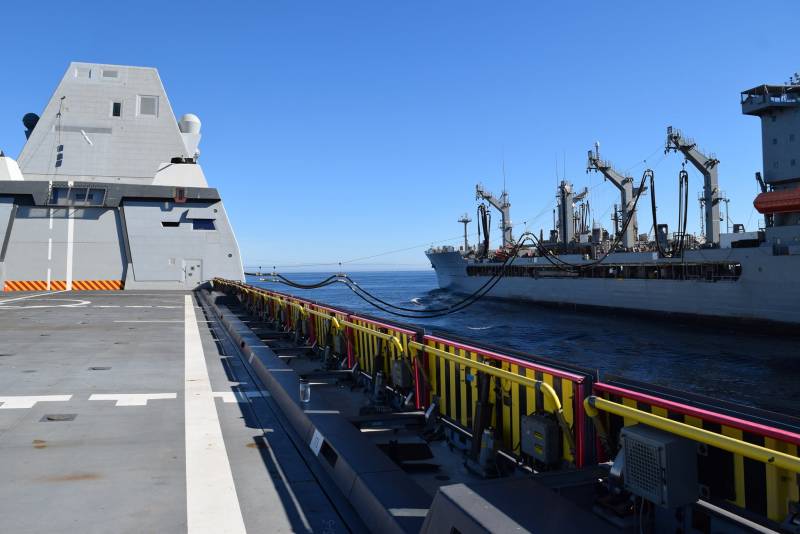 The US Navy has worked out the process of restocking the latest Zumwalt-class destroyers. In particular, the first serial destroyer of this class, USS Michael Monsoor (DDG 1001), was replenished with fuel on the high seas. For this, the US Navy support vessel USNS John Lenthall was used, performing the functions of a tanker. Similar vessels can also be used for partial replenishment of fresh water supplies.


The US Navy is publishing images of the fuel resupply process for a warship that entered service with the US Navy exactly two years ago, in January 2019. 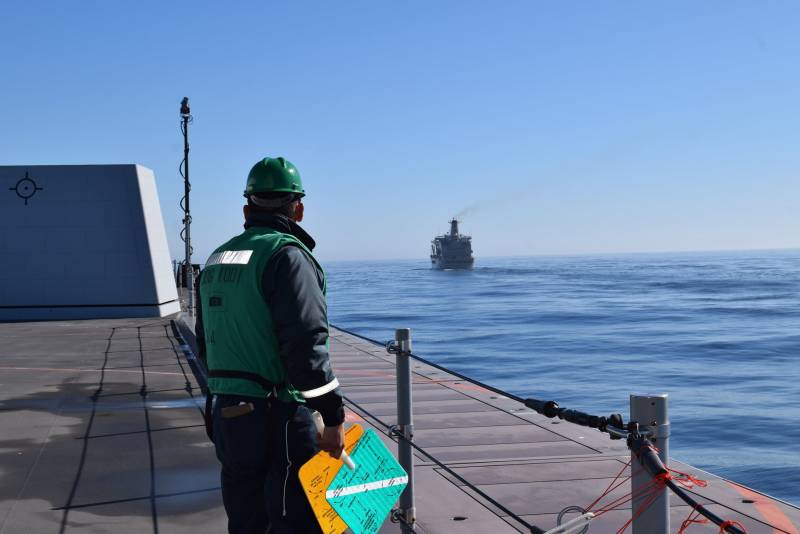 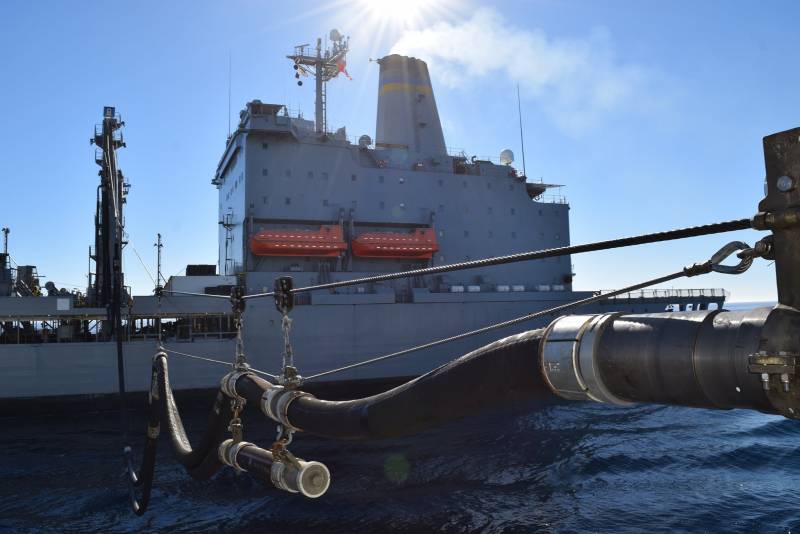 The photographs show that the ships made a rapprochement in the open sea, after which a special cable was pulled between the sides of the Michael Monsour and John Lenthall. A flexible pipe was sent from the donor ship to the USS Michael Monsoor via a cable, through which the pumping was eventually carried out. 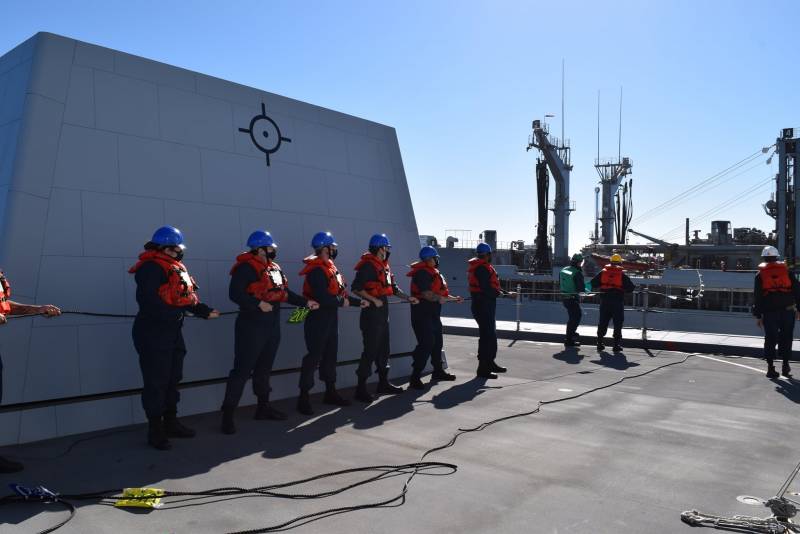 The Zumwalt-class stealth destroyers use two Rolls-Royce Marine Trent-30 gas turbines each. The capacity is up to 80 MW. As fuel, GTUs from this manufacturer can use various energy sources, including diesel fuel, natural gas (including liquefied gas), and options for low-viscosity marine fuel.

Obviously, in the process of replenishing supplies on the high seas, the latest American destroyer, which is positioned as stealthy, is the most vulnerable. The very appearance of a tanker next to him, for obvious reasons, unmasks a warship.