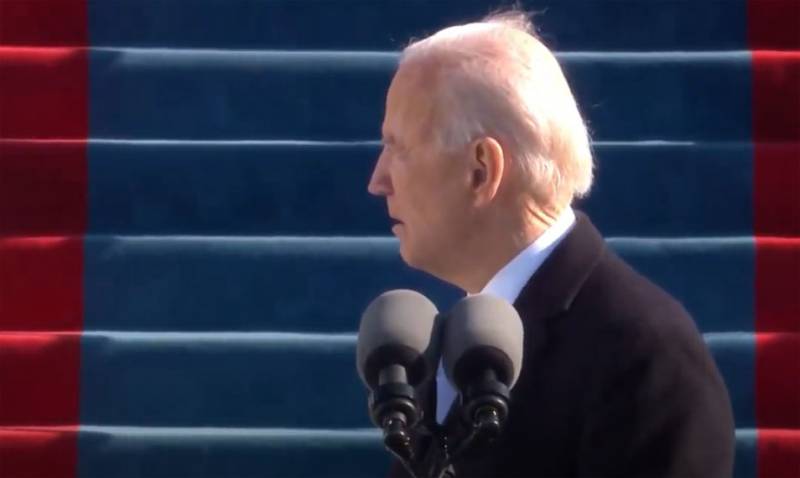 It is a great honor for me to be here and to witness the inauguration of the 46th President of the United States.
There was no Donald Trump. And this is the first time in many years that the president is not present at the inauguration ceremony of his replacement.

When Joe Biden repeated the text of the oath for the judge with the obligation to uphold and defend the constitution, the 45th President of the United States was already in Florida with his entire family. Initially, Trump's daughter Ivanka planned to attend the inauguration ceremony, but at the last moment she abandoned these plans and, accompanied by her husband, Jared Kushner, flew board number 1 to Florida with her father.

It became known what words Biden said during his inaugural speech. According to the 46th President of the United States, he will take measures to combat covid, will deal with issues of racial justice and climate.

Overcoming these challenges, restoring the spirit of America, takes much more than words. This requires from all of us such seemingly elusive things as democracy and unity.

American singer Richard Marks, commenting on the situation, put it this way:

Today, it looks like a four-year-old dumpster fire has finally been put out.
Not all Americans agree with the singer. Many believe that a fire for the United States is yet to come.

Earlier it became known that Trump is hatching plans to create his own party.
Ctrl Enter
Noticed oshЫbku Highlight text and press. Ctrl + Enter
We are
US expert community is trying to identify ways out of the Afghan impasseYuri Drozdov: Russia prepared the role of the sacrificial calf
Military Reviewin Yandex News
Military Reviewin Google News
105 comments
Information
Dear reader, to leave comments on the publication, you must sign in.