How the Soviet ruble was killed 60 years ago. The beginning of the end of "underdeveloped" socialism 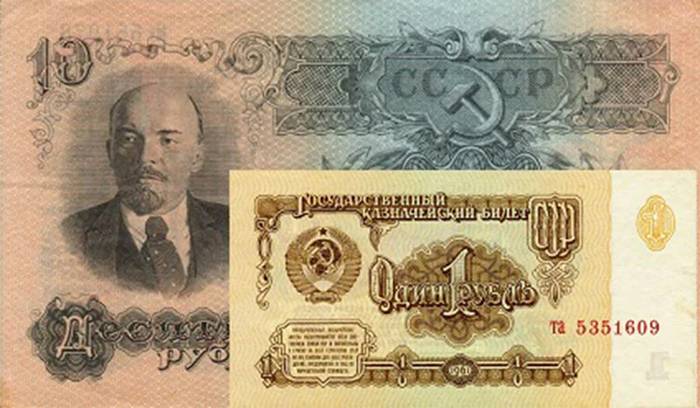 At the XXII Congress of the CPSU, Khrushchev promised the citizens of the USSR that in 20 years they would live under communism. However, it did not even occur to him to announce the construction of such a surrogate in the country as "developed socialism", which was later done by his unlucky successors.

But Khrushchev's "Thaw" is customary to praise, despite the fact that in time it coincided with such acts of Nikita Sergeevich, which almost brought the USSR to the brink of disaster. And long before 1991.

There was a virgin land plowed up (almost to death) and there were economic councils, a corn epic and reprisals against personal subsidiary plots. And there was also an unprecedented reduction in the armed forces, above all - of qualified officers in a strange combination with direct participation in the arms race.

Against the background of the festival of young people and students, space flights, almost continuous atomic tests and outright political adventures, many people might have seemed not so important. If it didn’t affect the well-being of the absolute majority of the population. 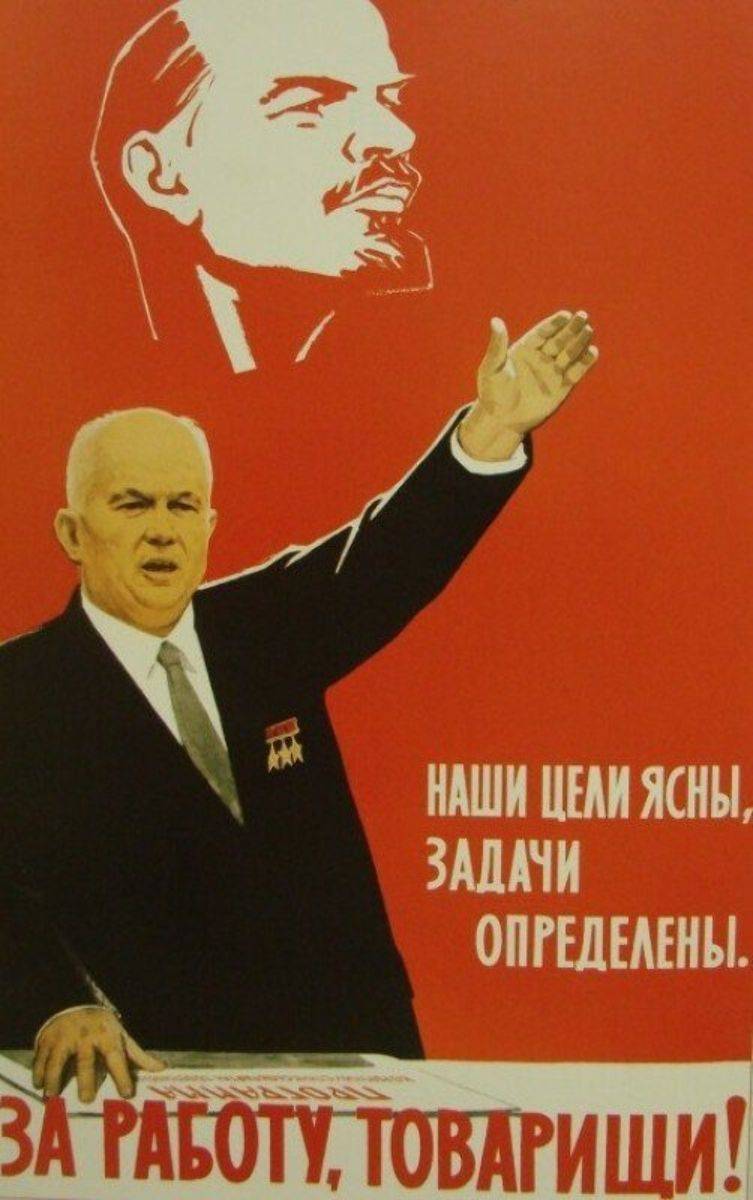 After all, it didn’t just come to shortages of food, right down to bread - the threat of mass starvation became absolutely real. It was decided to start dealing with the accumulated economic problems with finances, although they just differed simply by enviable stability.

Moreover, the Soviet people unexpectedly calmly postponed the decision to freeze "Stalin's" bonds. According to them, the authorities owed the citizens of the USSR 260 billion rubles, that is, at the exchange rate of that time, more than $ 60 billion. Dollars, by the way, have not yet gone through the shocks of the late XX and early XXI centuries. 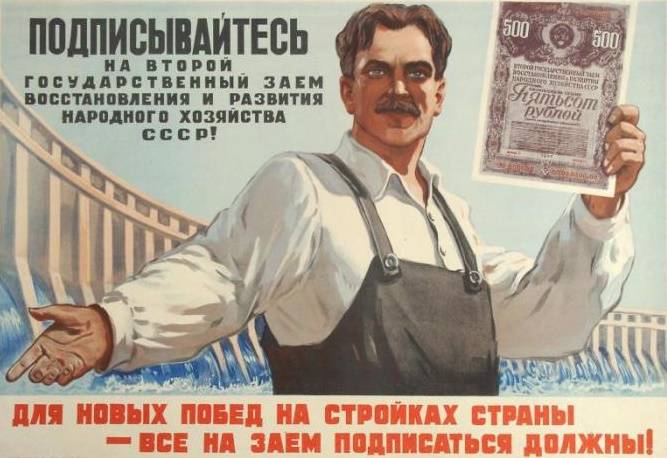 By the time these bonds began to be paid off little by little, and the first steps towards this were taken back in 1974, many had lost them or simply thrown into the trash. And the Soviet leaders, after the successes in economic recovery, clearly set themselves too much.

At the same time tightening the screws, obviously out of fear that following economic freedom, people may swagger at political freedom. By the way, the notorious "Thaw" in the Soviet elite, not without reason, was considered as something like an "outlet" for especially dissatisfied.

In the late 50s, the extremely regulated economy began to slip. The Khrushchev Central Committee considered that it was possible to compensate for the failures at the expense of a camouflaged increase in prices. It was decided to carry out this through such a reform, in which prices after the denomination of the ruble will not rise "directly", but due to the corresponding proportions of their recalculation.

That is, when the price tags change not in the ratio of 10 to one prescribed by the reform, but so that they themselves are increased. And in January 1961, the banknotes of the 1947 model in circulation were promptly exchanged for money of the 1961 model at the same ratio of 10: 1.

The banknotes, called "footcloths", which fit in the wallets only when folded, were replaced by small and convenient, but quickly out of order "candy wrappers". However, citizens soon got used to these "hazel grouses", three rubles and fives, and dozens and larger bills were more impressive. And they did not turn at all so quickly.

Obviously, prices and tariffs for all goods and services, tariff rates, salaries, pensions, scholarships, benefits, payment obligations, etc. should have changed in the same ratio of 10 to one. This was done supposedly

"In order to facilitate monetary circulation and make Soviet money more valuable."
It seemed that the goal of raising prices and tariffs had been achieved, with a simultaneous strengthening of the ruble's peg to the US dollar and a decrease in the gold content of the ruble. More precisely, if before the reform the US dollar really cost about 4 rubles, then during its implementation the rate was set ... at 90 kopecks.

But, if you change money 10 to one, the dollar should have cost not 90, but only 40 kopecks. The same thing (that is, a markdown) happened with the gold content of the ruble. Instead of receiving a gold content equal to 2,22168 grams (if in a ratio of 10 to one), only 0,987412 grams of gold was “prescribed” for the ruble directly from the Kremlin. 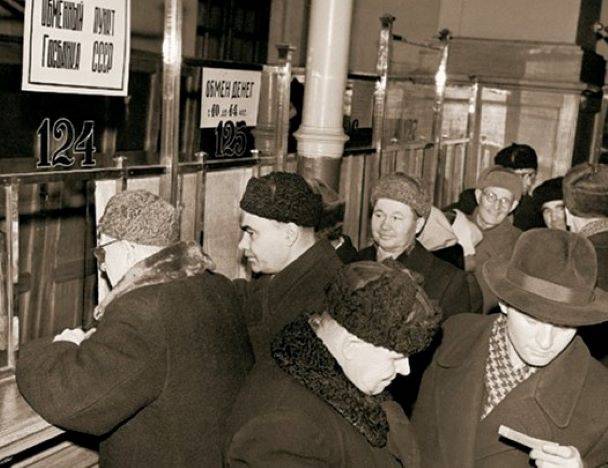 The gold backing of the ruble, in contrast to the dollar rate, was at least calculated based on the amount in circulation and the size of the gold reserve. But the ruble was ultimately underestimated by 2,25 times, although few ordinary citizens generally paid attention to this.

On the other hand, the citizens felt the falling purchasing power of the new ruble literally on themselves. And, of course, not only and not so much in relation to imported goods. Imports then were mainly Chinese or from the countries of people's democracy - that is, Eastern Europe.

About prices as if they were dead - nothing or just good

At the same time, many did not hesitate to immediately cash in on the reform. And the point is not at all that the value of copper coins has not changed de facto (that is, it immediately increased tenfold) - right up to a penny.

This is a trifle, only crazy people could save a lot of it. Much more important was the fact that prices and tariffs for goods and services, including those on collective farm markets, had actually decreased not by 10, but by no more than 5-6 times.

But the "Jesuit" rise in prices did not seem enough to the organizers of the reform, therefore they decided directly to increase them, moreover, very significant. That is, after the reform, in 1962, it was decided to increase retail prices in the state trade. And of course

"At the numerous requests of workers."
With this “justification”, the decision to raise prices for meat and dairy and some other products (by at least a quarter) was formalized by a simple decree of the Central Committee of the CPSU and the USSR Council of Ministers of May 31, 1962.

As a result, the new price tags for "massive" salaries were simply prohibitive. And all decent and inexpensive goods, both food and industrial, began to flow away from store shelves to markets or to speculators in various ways on a massive scale. 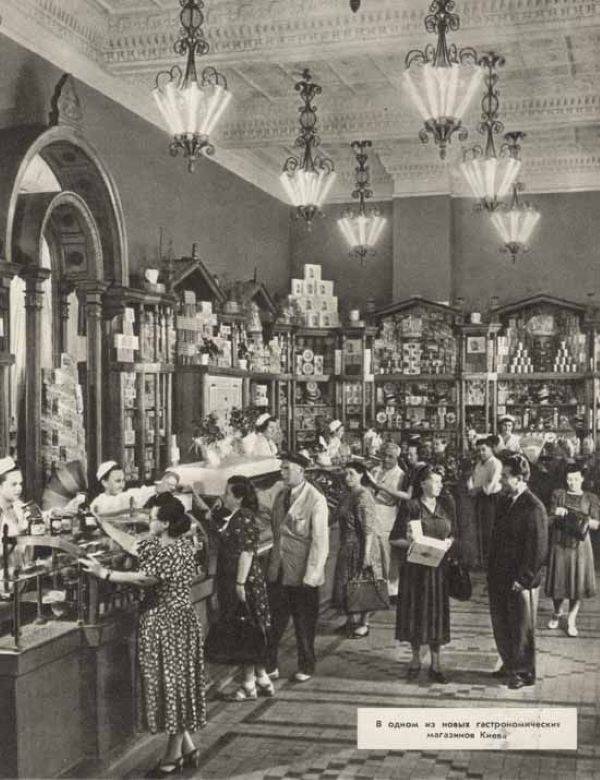 Pre-reform abundance became a pipe dream for many years
This is what, as is known, caused popular unrest in more than 14 cities of the USSR (1962–1964). In Novocherkassk, everything turned into a large-scale uprising, during the suppression of which 24 people were killed. According to Zaven Mosesov (1911-1987), the former head of the control and auditing department, then the personnel department of the Soviet Ministry of Finance of the USSR:

“The well-known consequences of socio-economic“ experiments ”of the mid-50s - early 60s: virgin and corn campaigns, the sale of agricultural machinery to collective farms, etc. combined with a sharp deterioration in the international situation (a new stage in the nuclear, space and other arms race, the development of confrontation with China, aggravation of relations with the United States) - forced the then leadership of the country to urgently seek financial resources. For patching already permanent money "holes".
Such holes, as Z. Mosesov noted,

"It grew more and more in connection with an ambitious space exploration program and with the provision of increasingly wasteful aid to regimes friendly to Moscow."

The latter, the old financier recalled, was also too frankly done to "distance" those countries from Moscow's rivals - from Stalinist-Maoist China and Tito's Yugoslavia.

It is clear that the necessary financial resources, in contrast, could only be found within the country.

In this regard, among the measures mentioned was the fact that since 1956 the “Stalinist” annual decline in retail prices (1947-1955) has stopped, and wages have been “frozen” in at least half of the industries. Then (we will repeat, in view of the “growth of incomes of the population”), bonds were also “frozen” for a long time, with which many workers were paid up to 45-50 percent of wages.

Khrushchev personally announced that the loans will be repaid

"As the USSR approaches communism."

The Soviet leader even summed up this promise with his own poem:

“In a word, it will be more visible there: 20 years is not 20 days”.
And this despite the fact that more than 80% of the total working-age population and pensioners of the country were subscribed to those loans. In addition, since 1958 the taxation of personal and subsidiary plots of collective farmers and state farm workers has been increasing annually.

And already in 1961-1962. in the USSR, taxes were even introduced on fruit and berry, vegetable plantings and on poultry in summer cottages. The application of the first measure was suspended at least in time, but the second decision was canceled only at the end of 1965, although Khrushchev, as you know, was removed already in October 1964.

However, back in February 1959, speaking at the XXI Congress of the CPSU, Khrushchev said:

“Millions of Soviet people voluntarily speak out for a 20-25 year deferral of payments on old state loans. This fact reveals to us such new character traits, such moral qualities of our people, which are inconceivable under the conditions of an exploitative system. "
The people answered with adequate jokes:

“People, however, made some noise,
but did not dare to contradict.
There is print everywhere in the heads:
taught Kashchei to be silent "

“People really made some noise,
but did not dare to contradict.
And Khrushchev keeps lying and lying:
"Here is a conscious people!"

Given that the real depreciation of the ruble automatically devalued the same loans and, of course, the amount of their repayment.

The version of the People's Commissar Zverev 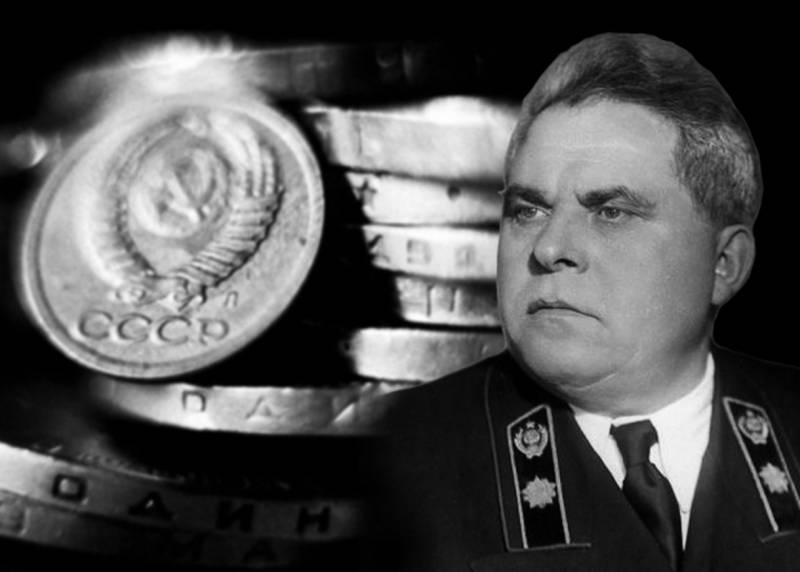 Permanent since 1938, the head of the People's Commissariat of Finance, and then the Minister of Finance Arseny Zverev, called the project of the reform imposed by Khrushchev

Two weeks before that - on May 4, 1960, Zverev refused to sign Decree No. 470 of the USSR Council of Ministers

"On the change in the scale of prices and the replacement of current money with new money."
And he was almost expelled from the party in the early 60s, which Molotov, Malenkov, Kaganovich and Shepilov, who joined them, did not avoid at the same time.

Zverev understood that the authorities went for a covert increase in prices and tariffs in order to somehow compensate for the dubious "records" of Khrushchev's economic policy. That, taking into account the mentioned "balancing act" with the ruble price of the dollar and with the gold content of the ruble, not only reduced its purchasing power.

This increased the expenses of enterprises and the population for the purchase of anything. The grave consequences of the financial policy, which A. Zverev could not accept, are clearly reflected, for example, in the "Remarks of the USSR State Bank on the draft state budget of the USSR for 1963" dated October 10, 1962, addressed to the Union Council of Ministers:

“In 1962, the plan for savings is not being fulfilled by a large number of enterprises and economic organizations. This is due to the fact that in 1962 many enterprises and state farms did not fulfill their plans for production, labor productivity and costs, which was caused, among other things, by the fall in the sale of goods and services due to the rise in prices and tariffs.

As a result, the unsatisfactory financial condition of industry, agriculture and other sectors leads to the formation of mutual overdue debts of economic agencies, non-payments on loans from the State Bank, and in some cases - a delay in payroll payments.

As of September 1, 1962, overdue debts to suppliers for goods and services amounted to 2,6 billion rubles, and on loans from the State Bank - 1,8 billion rubles.

This happened only within two years of the 1961 currency reform. ”
Meanwhile, the USSR, in view of the virtually indefinite consequences of Khrushchev's "agricultural experiments", began to buy grain on an increasing basis.