EU concerned about Russia's withdrawal from the Open Skies treaty 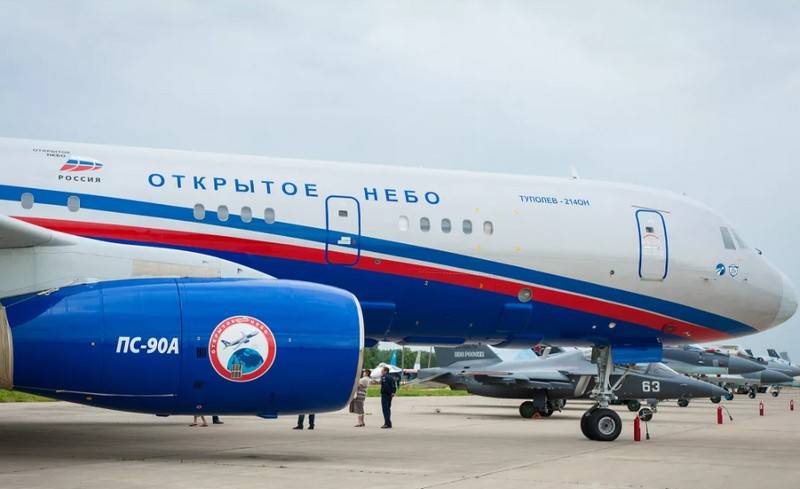 
Brussels expressed the hope that Russia will reconsider its decision and will not withdraw from the "open skies" treaty, since the OON is "a key element of arms control."

It will undermine confidence-building efforts and damage European security (...) this agreement is a key element of the arms control architecture and a vital confidence and security building measure
- declared in Europe.

In turn, NATO accused Russia of not fulfilling its obligations under the treaty, which led to the withdrawal.

Russia's selective adherence to its obligations under the OST has for some time undermined the contribution of this important treaty to security and stability in the Euro-Atlantic region.
- said NATO spokesman Pierce Kazalet.

Recall that on Friday the Russian Foreign Ministry announced the start of domestic procedures for Russia's withdrawal from the "open skies" treaty. The decision to withdraw from the treaty was made after the European countries refused to give a guarantee not to transfer the information they received during flights over Russian territory to the United States, which withdrew from the treaty at the end of November 2020.
Ctrl Enter
Noticed oshЫbku Highlight text and press. Ctrl + Enter
We are
Interview of Vladimir Putin with Radio Europe-1 and TF1December 2010 years. Russian March. Senseless and merciless? Notes not a Russian person
Military Reviewin Yandex News
Military Reviewin Google News
99 comments
Information
Dear reader, to leave comments on the publication, you must sign in.