Commander-in-Chief of the Armed Forces of Ukraine: Reforming the army according to NATO standards will allow achieving a high level of enemy losses 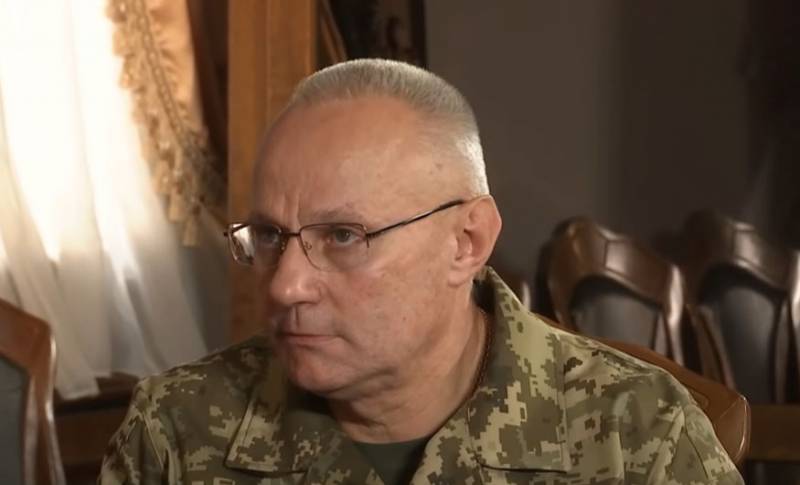 
According to General Khomchak, many of the reforms that have been undertaken in the past 28 years have not been completed. But now, according to the commander-in-chief, the armed forces of Ukraine "know exactly what they expect from the ongoing reforms."

The most important thing for us today is the ability to confront the challenges of national security and armed aggression from Russia.
According to Mr. Khomchak, today Ukraine is following the path of "radical reform of the army," including "according to NATO standards."

The journalists asked the interviewee what exactly this reform is.

This reform consists in building up the operational, combat and special capabilities of our armed forces. This reform will allow us not only to repulse the enemy, but also to achieve a high level of enemy losses - such, after which any aggression will become inappropriate.
It is after this, as the Ukrainian general believes, that Ukraine will be able to become a full member of NATO.

If we analyze even a little Khomchak's statement, then it is easy to come to the conclusion that under such conditions Ukraine may never become a member of the North Atlantic Alliance. After all, if by the enemy she understands Russia, then any attempt to inflict losses on the RF Armed Forces can lead to catastrophic consequences, primarily for Ukraine itself. If we talk about Ukraine in this sense, then after this there will simply be no one to be admitted to NATO ...

The work of foreign instructors directly in the army is also large-scale and effective.
Ctrl Enter
Noticed oshЫbku Highlight text and press. Ctrl + Enter
We are
Interview of Vladimir Putin with Radio Europe-1 and TF1December 2010 years. Russian March. Senseless and merciless? Notes not a Russian person
Military Reviewin Yandex News
Military Reviewin Google News
104 comments
Information
Dear reader, to leave comments on the publication, you must sign in.