Why does Siluanov need dollars and euros today? 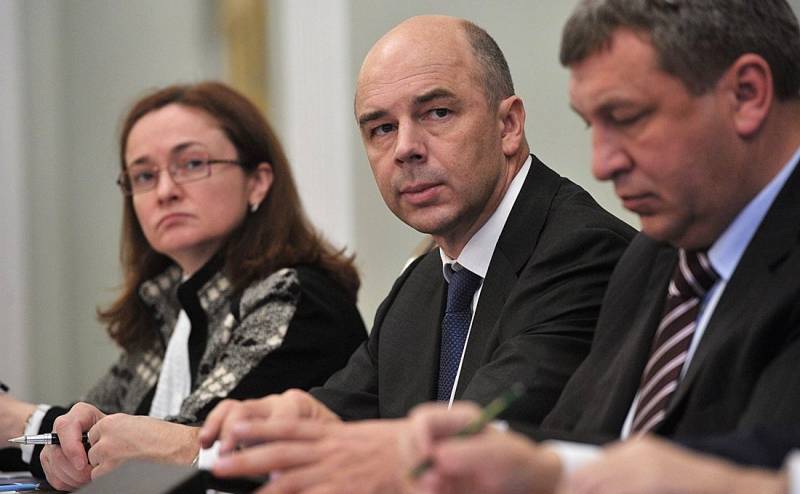 Not the right moment

Pandemic, American discord, Brexit start with a bunch of scandals and, finally, stable oil prices. The situation for the ruble, as well as for all currencies with real collateral - it would seem that you could not imagine better.

Although some kind of limitation in the form of obligations to the IMF to control emission will not go anywhere. The amount of $ 1,4 billion has already been announced, and one of the commentators managed to call it insignificant for the ruble exchange rate. Doubt.

Citizens have long been taught not to believe in the ruble. 2020, it seems, was the last year, when they still believed in the strength of world currencies and had already started investing in cryptocurrencies, and for safety net - in the old fashioned way, in gold.

Russia also buys gold - as much as any other country in the world, but is in no hurry to buy bitcoins and its analogues. However, the Ministry of Finance and the Central Bank are also in no hurry to seriously fork out for dollars with euros.

Currency purchases were stopped in March 2020 - with the beginning of the quarantine. And this is after the collapse of the ruble. Now we are talking about the amount, let us repeat, only $ 1,4 billion, which is less than 0,5 percent of the reserves of the Central Bank of the Russian Federation.

However, it is quite enough to make the currency market vibrate. Although buying a currency does not necessarily have to respond to a strong growth in its rate.

Experts now almost unanimously draw attention to the fact that so far the Central Bank has been silent on operations with the ruble, dollar and euro. And it is quite possible that comments from the Central Bank will outstrip even this publication of ours.

But it is not the comments themselves that are important, but the agreed monetary policy. With this we have clearly not all right lately. Like with the coronavirus. Happened - so we need to use it 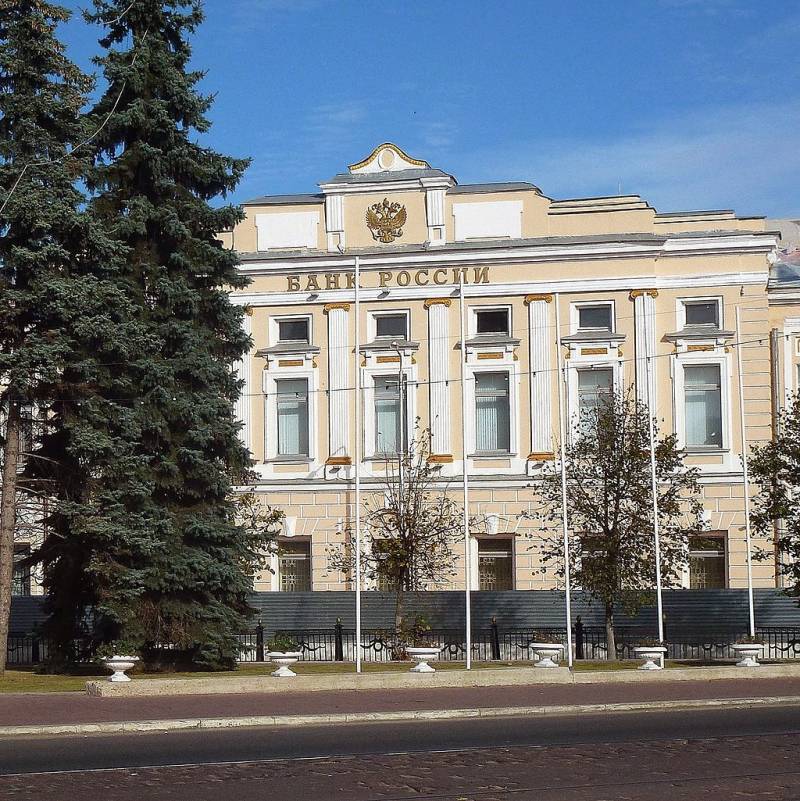 Source: Nikolay Maksimovich, Wikimedia Commons
Commenting on the silence of the Central Bank, one of the experts representing the liberal HSE tried his best to convince the authors that

The Ministry of Finance and the Central Bank act in a coordinated manner so that there is no negative impact on the exchange rate of the national currency.
The two departments, in fact fiercely competing, which even their employees and representatives of the management do not doubt, allegedly regularly coordinate

the policy by which the Ministry of Finance should buy and sell currency.
In the spring of 2020, we all saw the fruits of such a coordinated policy and we still feel them for ourselves. So it turns out that a devaluation has happened - so why not play on this?

Although even exporters on it have gained almost nothing due to the fall in demand and a long rollback in oil prices. They, however, were saved, but only by agreement with OPEC and thanks to demand from China. 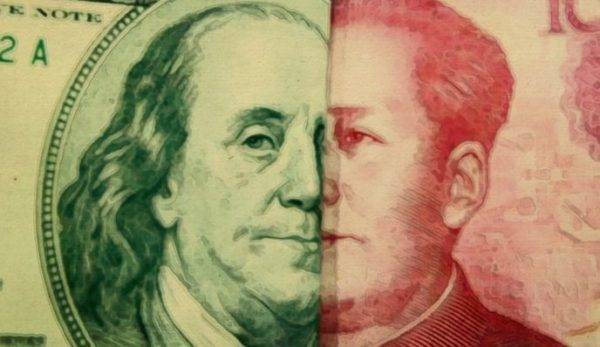 That is why we note from ourselves that in China they carefully and secretly scored on the nineteenth Covid and returned to accelerating the economy. To spite competitors and to the delight of energy suppliers.

The break did not last

But, as you know, our financiers in power, as you know, even with Chinese demand, cannot be easily knocked off the chosen course. Who is behind them, I think, and no need to explain.

And it is not for nothing that for many years they have legislated the need and the ability to invest only in highly reliable and highly liquid assets. Read - to the assets of our direct competitors.

At the same time, one should not forget for a minute that today we are talking about buying up the living, although not necessarily cash dollars and euros. The purchase of various kinds of American and European assets, including not only government bonds, but also securities of private structures, has not been interrupted since March 2020.

But it was not advertised - most likely, so as not to irritate the public and not to tease journalists. It’s not without reason that they were so aggressively driven to a distance. And the TV people, though not all of them, were dressed in protective suits no worse than the medical personnel. 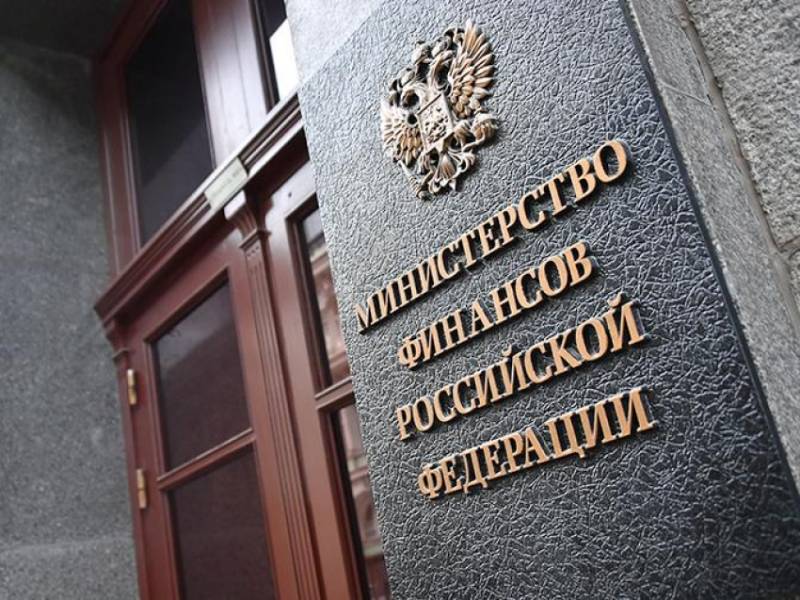 Both America and recently united Europe never tire of thanking the leaders of all Russian economic departments for the unprecedented assistance to their economies. These economies are literally bursting at the seams not only because of Covid-19 and its strains, but for a variety of other reasons. No matter how we are convinced otherwise.

We do not argue, we need both the old continent and the already split overseas power. Not like air, of course, but as markets for raw materials and little else, and as a source of supply of high-tech goods. More precisely, for the most part - already only key components for them, since screwdriver assemblies were once already scattered literally throughout Russia.

Consequences will not do

This cannot be called anything other than direct manipulation of the ruble exchange rate. In theory, although our practice is very poorly matched with theory. The ruble has just started to come to its senses, and now again - well, exactly like Viktor Stepanovich Chernomyrdin.

During the pandemic, Russians, slightly surprised that prices did not rise as fast as the ruble fell, were convinced that the exchange rate was no longer important to them. First of all, because the borders are closed.

But for the overwhelming majority of the population, who are not at all rich, these borders have never been opened. And to dissuade Russians that the Central Bank and the Ministry of Finance are unequivocally in favor of the ruble being weak is unlikely to succeed.

A weak ruble is good only for exporters who receive super-profits on exchange rate games. For the Russians, he sooner or later bounces around with rising prices. Which, having been postponed due to a catastrophic fall almost since spring, is already being renewed.

And as always, it all starts with housing and communal services tariffs, transport fares and gasoline. There have already been problems and interruptions with sugar and sunflower oil, while bread and salt are still in line.

Ctrl Enter
Noticed oshЫbku Highlight text and press. Ctrl + Enter
We are
Bitcoin under the hood of the law. The Ministry of Finance wants to regulate cryptocurrency in RussiaCryptocurrency vs dollar. What awaits the world and how to behave in Russia?
Military Reviewin Yandex News
Military Reviewin Google News
470 comments
Information
Dear reader, to leave comments on the publication, you must sign in.