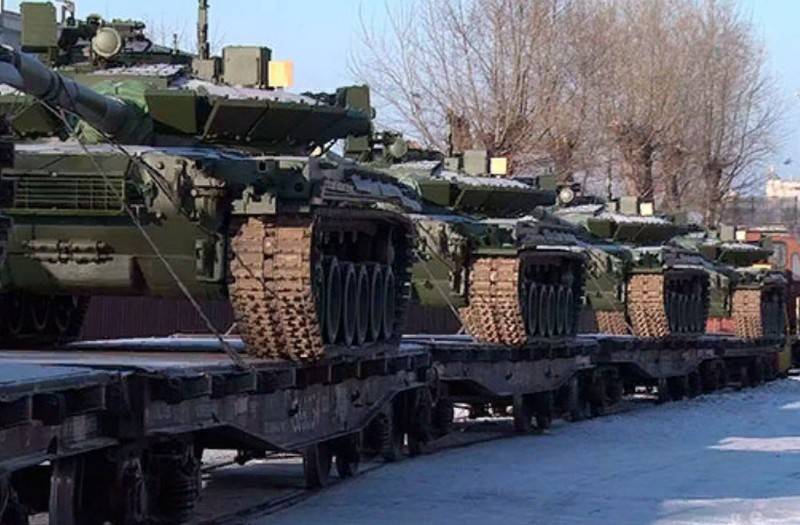 The Russian Ministry of Defense has received another batch of modernized tanks T-80BVM. This was reported by the press service of the Uralvagonzavod concern.


According to the report, T-80BVM tanks were produced in Omsk at a transport engineering plant (Omsktransmash) and transferred to the Russian Ministry of Defense as part of the state defense order. The entire batch went to the customer at the end of December. The number of new equipment in the party has not been reported.

As part of the execution of the state defense order (GOZ) in December 2020, the Ministry of Defense of the Russian Federation received a batch of T-80BVM tanks produced by the Omsk Transport Machine Building Plant. The tanks were thoroughly tested before entering service with the Russian army.
- Reported the press service.

At present, Omsktransmash has started to fulfill the state defense order in 2021.