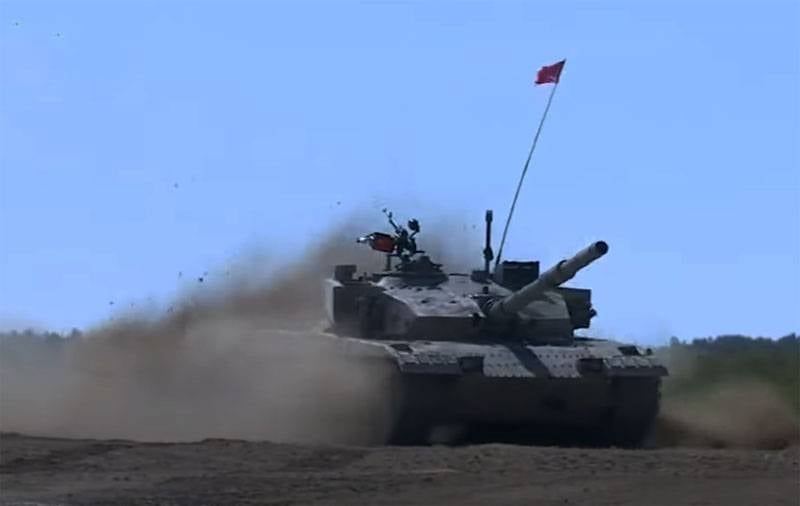 In China have passed tank maneuvers with the participation of Type 96 main battle tanks. This is a 43-ton vehicle, which has been in operation in the PLA since 1997. Against this background, there were statements in China that "it's time to abandon the operation of the Type 96 in favor of more modern tanks." In particular, they talk about the need to increase the percentage of Type 99 tanks in the army and introduce new developments - including wheeled tanks.


Today, the Chinese armed forces have about 2,5 Type 96 and Type 96A tanks. In the military-thematic section of the Sohu information service, they believe that it is too early to say goodbye to these PLA MBTs.

A Chinese author under the nickname Liang Jianjiong publishes material, which says that Type 96 tanks are often called "the Chinese version of the T-72 tanks." At the same time, there are also those in China who are "offended" by such a comparison. But such a comparison can offend only those who are ready to judge the combat effectiveness and efficiency of tanks solely by the year of their development. If the T-72 was developed in the late 1960s - early 1970s, then the Type 96 in the PRC is also called "obsolete" by some critics in connection with the above definition.

The aforementioned author in Sohu explains why the Type 96 MBT is called the "Chinese T-72". According to him, one of the reasons is its low price. So, to date, the Type 96, according to the estimates presented, costs the military budget of the PRC less than $ 1 million. At the same time, the Type 99 is already two to three times more expensive.

The Type 96 is inexpensive and can be equipped with a lot of equipment. It has a high potential for modernization, just like the Russian T-72. That is why the number of these tanks in the PLA is about 2,5 thousand.
As you can see, the reason for this name in China is also seen as a developed modernization potential.

Another reason is, according to the Chinese author, ease of use and security, based, among other things, on the active protection complex (KAZ). And this is at the low cost of tank maintenance.

At the same time, the disadvantages of the Type 96 MBT are also noted, for which, as noted, "it is also similar to the T-72." Among them - low "in comparison with modern Western" engine power - about 800 hp. This is comparable to the 72 hp of the T-780 engine.

But one of the differences between the Type 96 and the T-72 is that the Russian (Soviet) tank was actively exported and exported, in contrast to the Chinese one. T-72 tanks of various modifications are currently in service with the armies of India, Poland, Iraq, Kazakhstan and a number of other countries of the world.
Ctrl Enter
Noticed oshЫbku Highlight text and press. Ctrl + Enter
We are
Reports from the militia of New Russia for 27-28 September 2014 of the yearInterview of Vladimir Putin with Radio Europe-1 and TF1
Military Reviewin Yandex News
Military Reviewin Google News
50 comments
Information
Dear reader, to leave comments on the publication, you must sign in.