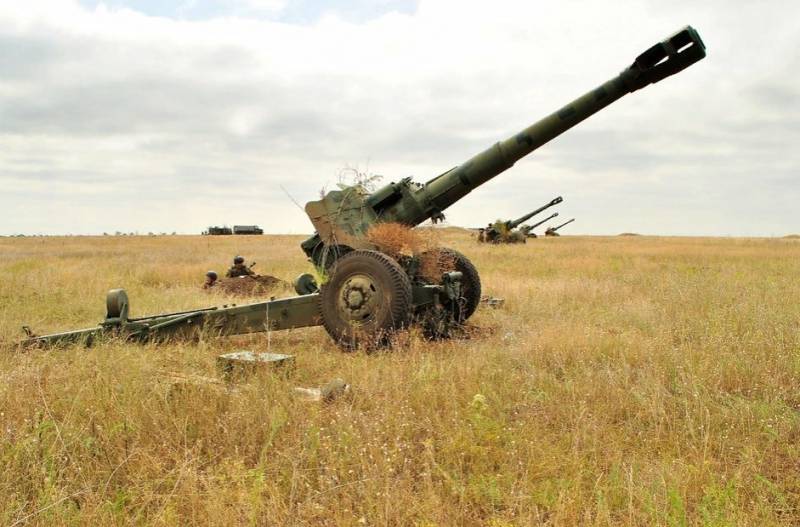 On one of the specialized resources tracking export-import transactions, information was made public about the purchase by Ukraine of a batch of artillery shells. It said that the Ukrainian state-owned company Spetstechnoexport, which is part of the Ukroboronprom structure, purchased 152-mm shells made in Bulgaria from Poland.


The Polish company Arm-Tech Spółka Z Ograniczoną Odpowiedzialnością was the supplier of ammunition produced by the Bulgarian company VMZ for the Ukrainian Armed Forces. A total of 260 high-explosive fragmentation projectiles VOF-542U were purchased, used in the 2S3 Akatsiya self-propelled guns and towed howitzers D-20 for the amount of 262 thousand dollars.

It should be noted that this is not the first such purchase. So, in 2019, the State Enterprise "Spetstechnoexport" purchased three thousand similar ammunition and two thousand VOF-546 shells.

In 2019, another Ukrainian company, Promoboronexport, operated according to a similar scheme, representing the purchase of Bulgarian ammunition from a Polish company, which acquired 2444 40-mm high-explosive fragmentation rounds OG-7V made in Bulgaria for RPG-7 hand-held anti-tank grenade launchers for 403 thousands of dollars.

In Ukraine, the Rubin-2 company is trying to make shells for the 3S20 Akatsiya and D-2017. True, as it became known to the Ukrainian edition of Defense Express, for a number of reasons, the military return the received ammunition to the manufacturer.

Earlier, Ukrainian expert Volodymyr Shchetinin noted that in the manufacture of shells, Ukrainian gunsmiths use a different explosive and low quality metal. Because of this, there is a danger of spontaneous explosion at the time of the shot. In addition, the explosive during storage can increase in volume, which makes the projectile dangerous not only during firing, but also during storage.

Ctrl Enter
Noticed oshЫbku Highlight text and press. Ctrl + Enter
We are
Summary of the week from voenkor Mag about events in the DNI and LC 21.04.18 - 27.04.18Summary of events in the DPR and LPR for 14.04.18 - 20.04.18 from the military commissar "Mag"
Military Reviewin Yandex News
Military Reviewin Google News
84 comments
Information
Dear reader, to leave comments on the publication, you must sign in.