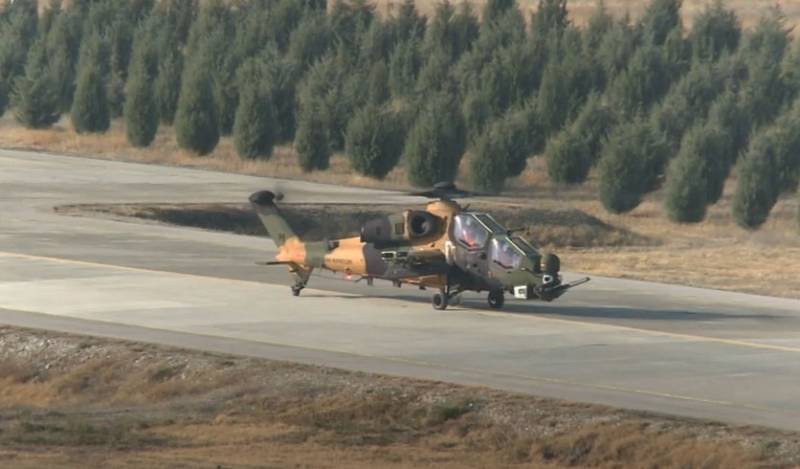 Turkey is preparing to start serial production of ATAK FAZ-2 helicopters from TAI (Turkish Aerospace Industries). According to the latest data, the final tests of this rotorcraft have been completed.


It is known that one of the important features of this Turkish-made helicopter is its equipment with an electronic warfare (EW) complex. Also ATAK FAZ-2 received an attack warning system. Its effectiveness is based on the operation of the laser sensor.

According to the latest data, the serial production of these helicopters for the needs of the Turkish army will begin this year. It was originally planned to take the helicopter into service in the second half of 2020.

The first flight of this combat vehicle took place just over a year ago - in November 2019. Such an early completion of the entire set of tests is due to the fact that this is not the same machine that was created from scratch. The helicopter became a new modification of the T129 ATAK multipurpose attack helicopter, which began operating in 2014. In turn, this helicopter was a licensed copy of the AW129 Mangusta.

ATAK is an abbreviation which in translation into Russian stands for "heavy combat helicopter".
Ctrl Enter
Noticed oshЫbku Highlight text and press. Ctrl + Enter
We are
Reports from the militia of New Russia for 27-28 September 2014 of the yearDecember 2010 years. Russian March. Senseless and merciless? Notes not a Russian person
Military Reviewin Yandex News
Military Reviewin Google News
45 comments
Information
Dear reader, to leave comments on the publication, you must sign in.