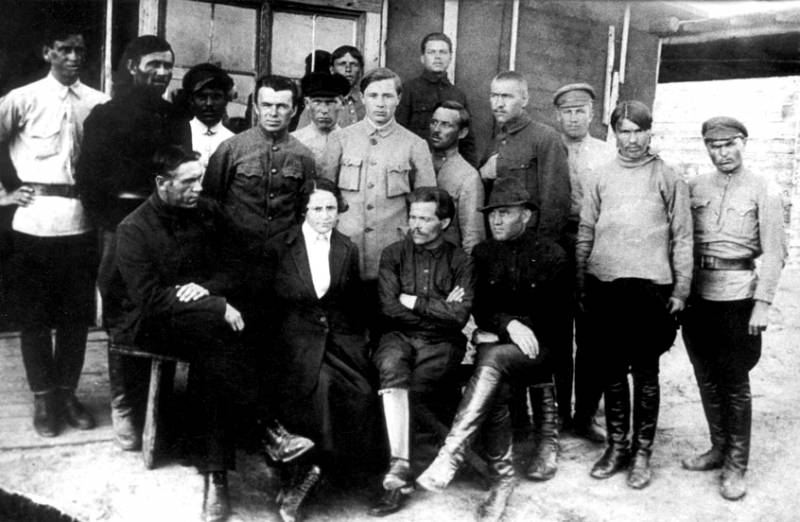 The future "dad", of course, was not a professional military man. Education - two-grade primary school. Combat experience (unlike the same Shchors or Chapaev) - complete zero. He spent the entire First World War in prison. Where did this man come from the ability to mercilessly beat the officers and generals of the White Army who had gone through the academies and school of the Japanese and German wars? How did he manage to overturn parts of the regular army and capture fortified cities?

Attack with your strength

It is believed that for his time Makhno was a real military genius, a genius of lightning war.

He began, like many other "field commanders" like him, with natural partisanship. And how else could it be in the then Ukraine, where power was changing with kaleidoscopic rapidity, and one wave of occupiers rolled after another? Hetmanism, Petliurism, Germans, Austrians, Denikinites ... Makhno considered all of them enemies and fought with all of them to the best of his ability.

At this stage, the main, perhaps, its feature was manifested, for the most part, and determined the further military successes. The young partisan leader studied - without any cadet corps and academies, he comprehended the science of combat, analyzing his every defeat (and the beginning of Makhno's career consisted mostly of them) and drawing conclusions.

His main motto was -

"Attack with your strength."
Makhno very quickly learned what exactly could be the key to victory in a clash of disorganized and untrained, badly armed and equipped partisan insurgents with units of the regular army. This is how the three most important principles of its strategy were developed - agility, speed and risk.

The latter can, of course, be called arrogance. But in fact, the Makhnovists carried out the most risky military operations bordering on outright madness (like the capture of Yekaterinoslav) after the most thorough reconnaissance and elaboration of future actions. So - rather a reasonable risk on the verge of a foul.

Yes, Makhno loved not just spectacular, but downright theatrical performances. Dressing up his fighters in the uniform of the enemy, triumphantly enter a settlement occupied by the enemy under the guise of a wedding procession - such escapades with mummers were just brilliant for him.

Generally speaking, the appearance in completely unexpected places and the delivery of swift blows at the enemy who did not have time not only to prepare for defense, but also to realize the essence of what was happening, were the basis of his strategy. Moreover, both in attack and defense. Makhno escaped from seemingly completely hopeless entourage more than once. According to some of its chroniclers - almost 200 times.

Here we come to the most important thing, to that specific essence that ensured the continued success of the strategy described above. The fact is that it was Makhno (long before the generals of the Wehrmacht) who realized, appreciated and began to apply in practice the strategy of action by mechanized maneuver groups. But in his "performance" it was not tank or motorized percussion "fists", and the famous Makhnovist carts. It was to the carts, headed by this commander, ambiguously presented by Soviet historians, that the detachments owed their unprecedented speed qualities and combat power.

I will not say this for sure, but, according to many sources, the idea of ​​using not only a vehicle, but also a mobile firing point of a wheeled and horse-drawn transport Makhno brought to life thanks to the German colonists. It was from them that the first carts were requisitioned, which differed from ordinary peasant carts (of which there were at least a dime a dozen in the district) by the presence of springs. Thanks to this detail, the Maxim machine gun mounted on the cart did not "shake" on the way. And during the battle, he did not lose his deadly accuracy and accuracy of fire.

As a matter of fact, Makhno saved his insurgent army from "pound weights on its feet" in the form of infantry slowly trudging along dusty roads and impassable roads at a speed of 25 kilometers a day, placing it on the carts. However, the cavalry, moreover, burdened with carts, in those days moved on the march a little faster - in a day its units covered ten kilometers more than the "gray-footed infantry".

The speed of the Makhnovist detachments, according to contemporaries, sometimes reached hundreds of kilometers a day.

Makhno's strategy was simple and deadly - in front of the enemy's battle formations, as a rule, taken by surprise, dozens of carts appeared, flooding everything in front of them with a shower of lead. Direct fire from Maxim is not just scary. This is certain death for an entire unit in a matter of minutes. Thus, Makhno provided overwhelming firepower in the decisive place of the battle, broke and dispersed the enemy's battle formations. And then his irrepressible cavalry entered the business ...

At the same time, one should not forget that machine-gun carts also played the role of an amphibious assault vehicle - each of them accommodated even a few (three or four) fighters, but, dismounted, they were quite capable of "dealing" with enemy firing points, machine gun crews and weapons, solve other operational problems.

At the same time, the Makhnovist horsemen almost never attacked the enemy's batteries or trenches. The correct choice of the battlefield has always been the "hobbyhorse" of their commander. Makhno preferred to fight in the bare steppe, where there were no obstacles for his carts and horsemen.

It was this strategy and tactics that ensured the success of an absolutely unparalleled (both in boldness and in efficiency) raid carried out by Makhno in 1919 on Denikin's rear. That, in fact, largely thwarted the offensive of the "whites" on Moscow.

This campaign was preceded by a crushing defeat by the Makhnovists of the group of General Slashchev, specially created to "eliminate the presumptuous bandits."

The term "Makhnovshchina" has firmly entered our lexicon as a synonym for disorder, disgrace, anarchy.

In this case, we will not touch on the political views of Nestor Makhno, or his attempts to build state.

But you must admit, it must be admitted that in military affairs he was an outstanding self-taught commander.