"The main thing, the paintwork was restored": users in Ukraine comment on the repair of the MiG-29 fighter 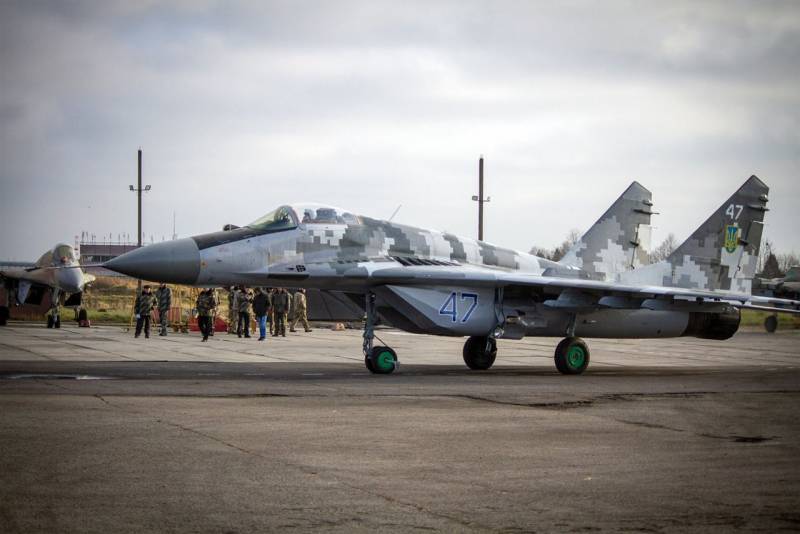 As reported at the aforementioned Lviv aircraft repair plant, in the shops "the airframe was repaired and the paintwork was restored."

It is added that the MiG-29, after repair and recovery procedures, conducted several test flights, after which it was sent to its permanent base.

Many Ukrainian users were rather skeptical about the repair of the MiG-29 fighter:

Very quickly: they took it to the plant for two months, and repaired it for several months.
It took six months to align the fuselage. In any car service, they would have done it many times faster.
Most importantly, the paintwork was restored ...
At the same time, LGARZ does not name the total amount that the repair of a combat aircraft damaged during landing cost.

We will remind that earlier in Ukraine there was a statement that the Armed Forces of the Armed Forces should consider the option of acquiring Swedish JAS39 Gripen fighters or American F-16s.

Ctrl Enter
Noticed oshЫbku Highlight text and press. Ctrl + Enter
We are
Summary of the week from voenkor Mag about events in the DNI and LC 21.04.18 - 27.04.18Reports from the militia of New Russia for 27-28 September 2014 of the year
Military Reviewin Yandex News
Military Reviewin Google News
32 comments
Information
Dear reader, to leave comments on the publication, you must sign in.