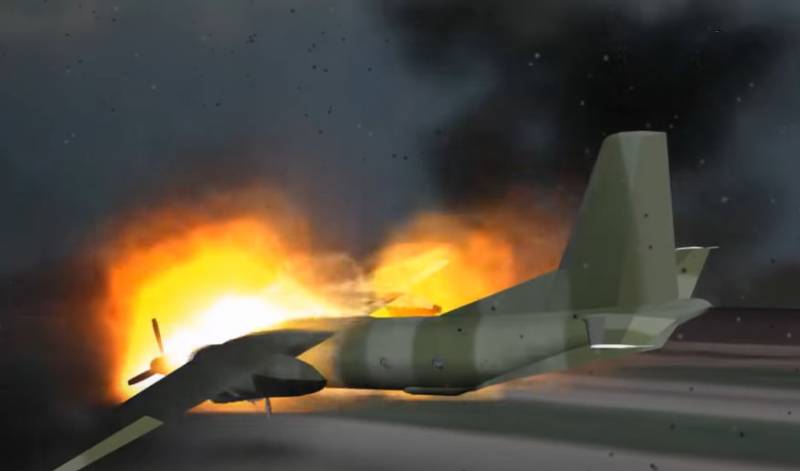 In Ukraine, the investigation into the case of the military transport aircraft An-26 continues. Recall that this plane with cadets of the Kharkov Military University crashed near the city of Chuguev, Kharkov region. Then 26 people died. Only one cadet survived and underwent treatment. The so-called suspicions were announced against the commander of the military unit that owned the transport board, as well as against the commander of the Air Force of the Armed Forces of Ukraine.


Today it became known that the Pechersk Court of Kiev has chosen a preventive measure against the commander of the A-4104 military unit Vyacheslav Glazunov. He is taken into custody.

It is stated that the officer is suspected of violating the rules for preparing and conducting flights:

This led to the crash of the An-26 trainer and the death of the members and crew and cadets.
It is noted that the measure of restraint of this nature was applied without the possibility of paying bail. By this, the judge fully satisfied the petition of the prosecutor's office.