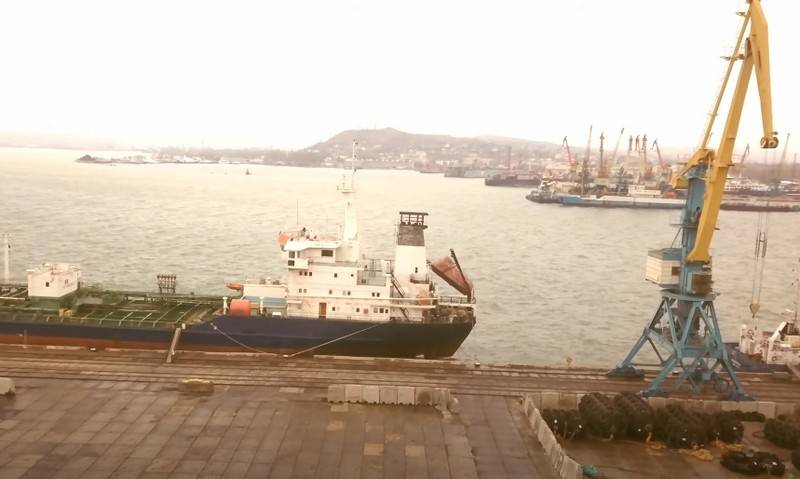 Ukraine again "arrested" 32 sea vessels calling at the ports of Crimea. The arrest was imposed by the Ukrainian courts at the request of the so-called prosecutor's office of the "Autonomous Republic of Crimea and the city of Sevastopol". This was reported by the press service of the Prosecutor General's Office of Ukraine.


According to the report, all the "arrested" vessels "violated the procedure for entering and leaving the peninsula." The arrest was imposed within the framework of a criminal case initiated by the prosecutor's office of the Autonomous Republic of Crimea (ARC), located in Kherson. The investigation of the case is being carried out by the Main Directorate of the SBU for Crimea, also based in Kherson.

It is emphasized that the prosecutor's office intends to apply to the Ukrainian bureau of Interpol to declare the courts on the wanted list, as well as to arrest them. At the same time, it is not specified who owns and under what flags these ships sail.

Note that this is not the first "arrest" imposed by "the prosecutor's office of the Autonomous Republic of Crimea and the city of Sevastopol" on sea and air transport, "violating the procedure for entering and leaving the temporarily occupied territory." In November, Kiev "arrested" 44 aircraft making regular flights to Crimea, before that, in September, "arresting" 65 Russian aircraft. Previously, 18 ships were seized

Thus, to date, Ukraine has "arrested" 109 aircraft and 40 sea vessels that "illegally" visited the peninsula.

The head of Crimea, Sergei Aksenov, called this decision "a petty dirty trick" and "a gesture of impotent anger."
Ctrl Enter
Noticed oshЫbku Highlight text and press. Ctrl + Enter
We are
Reports from the militia of New Russia for 27-28 September 2014 of the yearDecember 2010 years. Russian March. Senseless and merciless? Notes not a Russian person
Military Reviewin Yandex News
Military Reviewin Google News
80 comments
Information
Dear reader, to leave comments on the publication, you must sign in.