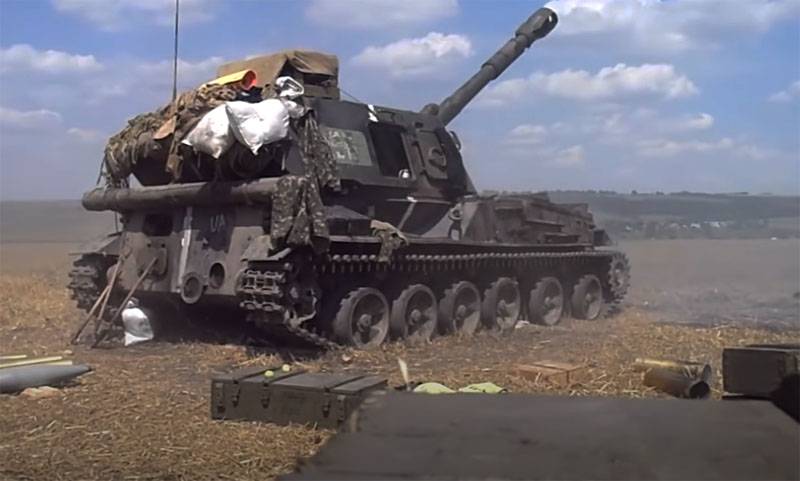 While the Ministry of Defense of Ukraine is pondering where to get funds for the massive purchase of the Bogdan self-propelled guns and Czech 152-mm self-propelled guns Dana M2, “the Armed Forces of Ukraine have to be content with Soviet-made equipment.” This is how the Ukrainian press describes the situation in the troops.


In particular, it is indicated that the Shepetivka plant resumes the repair of the ACS "Akatsia" and "Carnation" for the needs of the armed forces of Ukraine.

At the same time, the plant itself needs components for this type of weapon. At one of the sites, which in Ukraine is reserved for public procurement, spare parts are placed that must be purchased for the repair of 122-mm and 152-mm self-propelled artillery mounts.

In this regard, the Ukrainian journalists have a question as to why there are big problems with the increase in funding for the armed forces many times with the serial production of truly new equipment? The question also concerns where they are going to buy components for the Akatsia divisional self-propelled gun developed by Uraltransmash. In particular, fears are expressed that, in the end, there may be a scheme that has become traditional for the Ukrainian defense industry, when the missing spare parts of some equipment units are compensated with spare parts from other units. Moreover, such spare parts may have a long-expired service life. This process is usually called "military-technical cannibalization." In this regard, the Shepetivka Repair Plant is suspected of being ready to repair the ACS using old spare parts.

In some cases, it leads to the fact that the "repaired" equipment can literally stand up after a few days of operation after leaving the repair shop.
Ctrl Enter
Noticed oshЫbku Highlight text and press. Ctrl + Enter
We are
Summary of the week from voenkor Mag about events in the DNI and LC 21.04.18 - 27.04.18Summary of events in the DPR and LPR for 14.04.18 - 20.04.18 from the military commissar "Mag"
Military Reviewin Yandex News
Military Reviewin Google News
30 comments
Information
Dear reader, to leave comments on the publication, you must sign in.