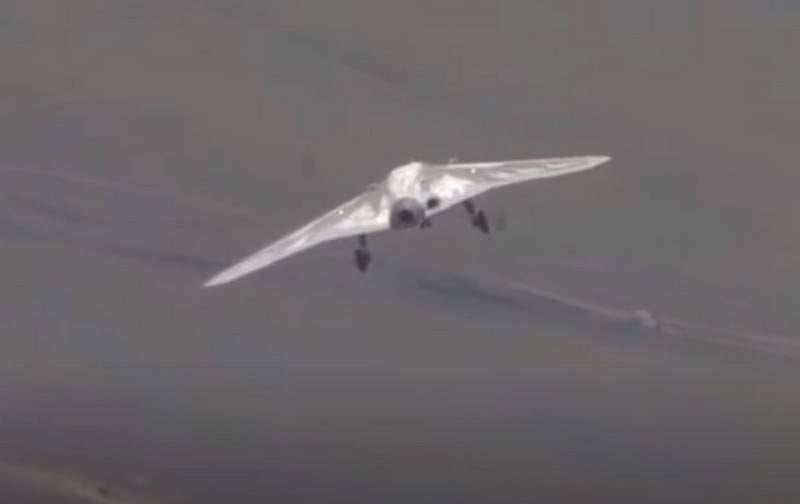 Serial deliveries of the Okhotnik strike drones to the troops will begin in 2024, the drone will be included in the public procurement program for 2024-2033. About this in an interview Interfax said the first deputy chairman of the board of the military-industrial complex Andrey Yelchaninov.

The drone has shown performance, is being tested. What is flying now is a technology demonstrator and a prototype of a drone that should enter the troops from 2024.
- said Yelchaninov.

At present, the "Okhotnik" is undergoing tests with the Su-57 fighter, during which the mutual transfer of information between aircraft is being worked out - the redistribution of targets in flight, maintaining intervals and distances, and performing anti-missile maneuvers.

Earlier, the Ministry of Defense appealed to the enterprises of the Russian military-industrial complex with a request to accelerate the development of domestic strike systems, including the S-70 Okhotnik. Prior to that, the United Aircraft Corporation (UAC) reported that the Hunter was put into service no earlier than 2025.
Ctrl Enter
Noticed oshЫbku Highlight text and press. Ctrl + Enter
We are
Yuri Drozdov: Russia prepared the role of the sacrificial calfDecember 2010 years. Russian March. Senseless and merciless? Notes not a Russian person
Military Reviewin Yandex News
Military Reviewin Google News
80 comments
Information
Dear reader, to leave comments on the publication, you must sign in.