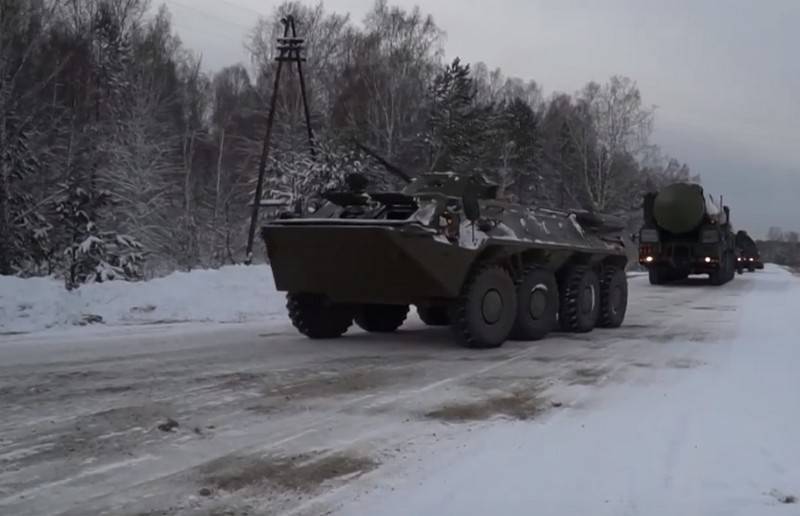 In the Altai Territory, another Strategic Missile Forces regiment, re-equipped with Yars mobile ground-based missile systems (PGRK), took up combat duty. The ceremony took place at the Barnaul missile formation. This is reported by the Ministry of Defense.


As stated in the message of the military department, the regiment has undergone rearmament from the already outdated Topol complexes, which have exhausted their warranty service life, to modern PGRK Yars. The complex is designed to enhance the combat capabilities of the Strategic Missile Forces strike group and strengthen the potential for nuclear deterrence.


According to the commander of the Strategic Missile Forces Sergei Karakaev, two more missile regiments will take up combat duty by the end of the year.

According to the Ministry of Defense, the Strategic Missile Forces have three missile armies, 12 missile divisions, of which four are with silo launchers and eight are with mobile missile systems.

PC-24 "Yars" is a Russian strategic missile system with a solid-fuel intercontinental ballistic missile mobile and mine based with a multiple warhead. The defeat range is declared at 11 thousand kilometers.
Ctrl Enter
Noticed oshЫbku Highlight text and press. Ctrl + Enter
We are
Deadlines for the completion of the rearmament of the Strategic Missile Forces to the Yars missile systems have been announcedThe second Yars missile regiment will take up combat duty until the end of the 2011 year
Military Reviewin Yandex News
Military Reviewin Google News
62 comments
Information
Dear reader, to leave comments on the publication, you must sign in.