Armenian Prime Minister candidate: Defeat could have been avoided 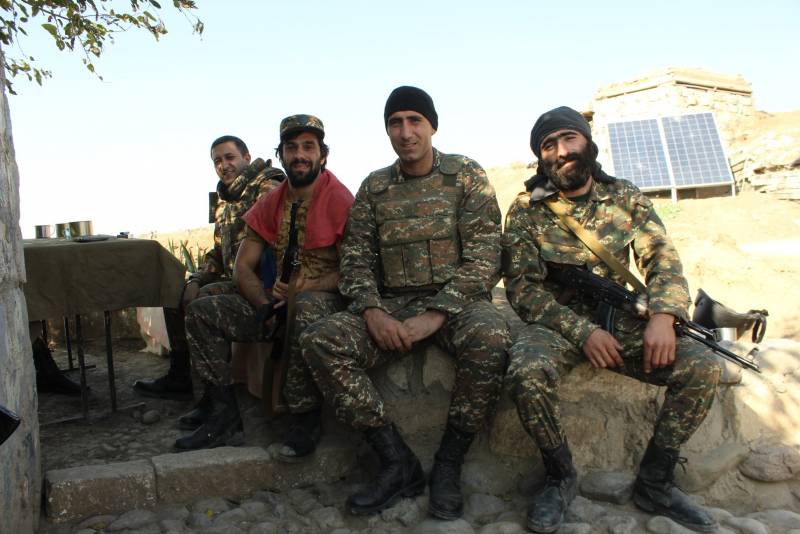 Armenia continues to actively discuss what happened during the 44 days of the war in Nagorno-Karabakh.


At the same time, many discussions of such a plan look rather strange - if only because история does not tolerate the subjunctive mood.

One of those who nevertheless decided to reflect on another scenario for the development of events in Karabakh is a person who is being considered as a candidate for the prime minister of Armenia. This is Vazgen Manukyan, representing the political forces with the loud name “Movement to Save the Motherland”.

According to Manukyan, "defeat could have been avoided."

This is a truly bitter defeat. Both war and defeat could have been avoided with the right policy. But the authorities dragged the country into this war.
Manukyan states that the current government paid no attention to the army for over 2 years:

If they paid attention to the army, then there would be no defeat. Now there is an agreement with Azerbaijan, which we cannot violate.
The Armenian politician stressed that Pashinyan announced the signing of an agreement allegedly between Artsakh and Azerbaijan.

Then it is generally not clear what the territory of Armenia has to do with the issues of the Meghri road.
We are talking about the so-called Meghri corridor (in the south of Armenia) of communication between the Nakhichevan Autonomous Republic and the rest of Azerbaijan. On the basis of the agreement, Azerbaijani citizens will be able to freely carry out transit along such a corridor, which causes rejection of many Armenian politicians.