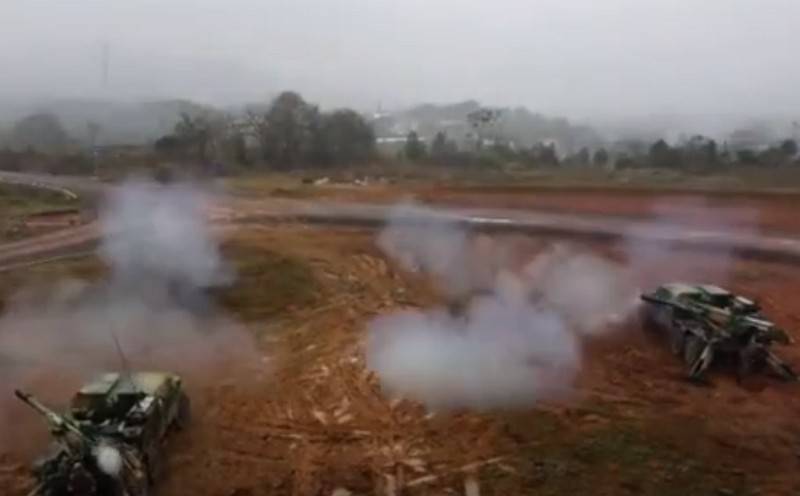 A video of the first use of the new Chinese 122-mm self-propelled artillery self-propelled guns on the chassis of the third-generation Dongfeng Warrior armored car, designated PLC-171, has appeared on the Web. The video of the Chinese TV channel CCTV7 was posted on the YouTube channel.


The description of the video says that on December 8, 2020, in the report of the Chinese TV channel CCTV7 about the exercises of one of the combined-arms brigades of the 72nd Army Group of the Eastern Combat Command Zone of the PLA, new Chinese 122-mm self-propelled guns PLC-171 were first demonstrated.

According to Dambiev, the new self-propelled guns are created on the wheeled chassis of the third generation Dongfeng Warrior armored vehicle, also called the "Chinese Hummer". The firing range of the new 122-mm projectile is 22 km, and the active-jet projectile is 27 km.

The Dongfeng Warrior armored car is capable of speeds up to 120 km / h on the highway, has a unified tire inflation system. The high mobility of installations allows you to strike at the enemy and quickly change position.

The PLC-171 artillery mount, due to its dimensions and low weight, can be transported by PLA military transport aircraft of all types.