The death of the Romanovs - did the emperor and his family have a chance of salvation? 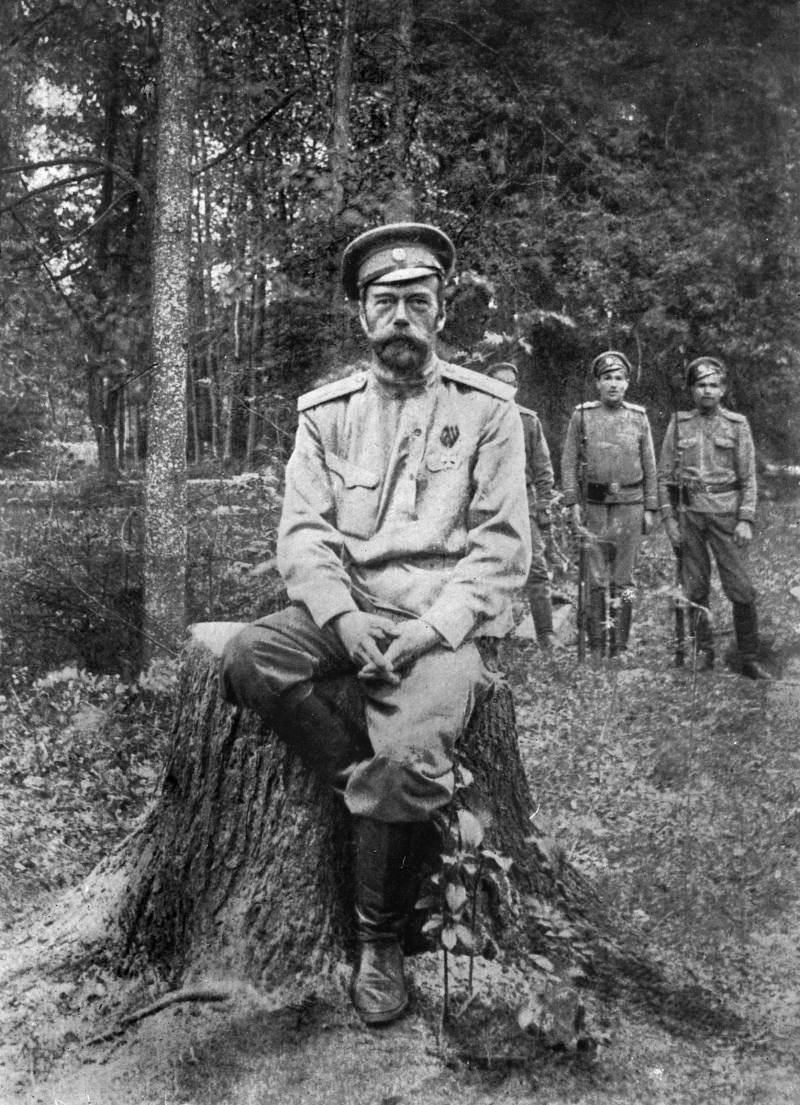 Before starting a conversation about the tragedy of the Romanov family (let's call things by their proper names - after the abdication of Nicholas II it became not entirely correct to call it imperial), it is worth mentioning that absolute, one hundred percent and 100% confirmed confidence that in the basement “ Ipatiev House ”, it was its members who were killed, today they are not. This, however, is a topic for a completely different conversation, but we will still try to find out if there were alternatives to the scenario that ended in the fatal basement.


The All-Russian autocrat, Nicholas II Romanov, abdicated the throne himself, de jure, voluntarily and being in his right mind and firm memory. In any case, no "revolutionary sailors" and similar menacing characters with Mauser or Nagans behind him loomed. The emperor's abdication was made both for himself and for his own son in favor of the Grand Duke Mikhail Alexandrovich. He again, of his own free will, and not in the torture basements, transferred all power to the Provisional Government.

That's all. The autocracy in Russia ended as such. In any case, none of the Romanov family could claim her throne anymore. Did those who took power both in February and later and in October 1917 know about this? They knew perfectly well - people were completely intelligent and very educated. Talking about the danger of Nicholas as the "banner of the White movement" was not worth and is not worth a damn. What a banner there ... So why shoot ?! The thing is that no one was going to kill either the former emperor, much less his children and household members. But to save - even more so.

Judge for yourself - Nicholas abdicated on March 15 and was left to himself for five days. The "arrest of the royal family", carried out by General Kornilov on March 20, was by and large a pure fiction and served, according to the general himself, primarily to protect the former crowned persons from the soldiers of the Tsarskoye Selo garrison who had lost fear. Could Nicholas, with the desire, will, and courage, leave the easy captivity in the Tsarskoye Selo Alexander Palace, in which he and his relatives spent almost six months? Easily.

Order of the Provisional Government? Do not be ridiculous ... The orders of this, excuse the expression, of the "authority" were carried out not even through one - much less often. There were a lot of officers and generals around, including "specialists" from the intelligence of other, very specific structures, who were able to cope with the sparse security without much straining. Such a mess was going on in the country that not only the former emperor, but anyone in general could get lost and dissolve in it. So why did it become?

First of all, Nicholas has neither will, nor character, nor ability to make really important decisions, let us be frank, there was no way of life. Swam with the flow - that sailed. In addition, it must be admitted that among the enormous number of Russian officers, and even just nobles, there was not a single one wishing to save their own "supreme sovereign"! And it's not about cowardice, unwillingness to risk their lives - the same people then desperately fought on the fronts of the Civilian, perfectly understanding all its hopelessness. Nobody just wanted to save Nikolai. I didn't consider it worthy ... That is the tragedy.

And the royal family had nowhere to run. All the talk that one of the "interim" ministers, Pavel Milyukov, allegedly got London's consent to accept the Romanov couple "for permanent residence" and was going to float the prisoners there out of harm's way, but "changed circumstances" in Britain itself interfered - most likely, nothing more than another fairy tale. Neither the German Kaiser Wilhelm II, nor the British King George V, even though Nicholas was a direct and blood relative to them, and not just a "colleague" in wearing the crown, categorically did not want to see him. Why did it happen?

Well, with the Germans, let's say, everything is clear - the enemies, after all. And the British? The answer here almost certainly lies in such a banal and mundane thing as money. Rather, a lot of money. The amount of "royal gold" that was irretrievably and without a trace "lost" in Foggy Albion is still hotly debated by researchers. Some call the colossal amount of 400 tons that went there as collateral for loans for the war, and even add to this 5 tons of the "personal" gold of the emperor, who also did not know where to go in England.

Yes, for the sake of such money, many will not regret their own mother, not like a cousin. And the Anglo-Saxon sirs - and even more so. By the way, with the United States, where, again, according to rumors, they were supposedly going to transport the Romanovs from Tobolsk, история exactly the same. During the First World War, a lot of Russian gold also flowed over the ocean - and they ordered cartridges there, and rifles, and much more. And these are only known deals. The Americans, which is typical, did not return a single chervonchik, and even the produced weapon with ammunition was flatly refused to be transferred to the Russians - either red or white. And they certainly did not need a former emperor who could make very specific material claims - in any form and status.

White movement? "Gentlemen, officers, blue princes ..." who fought with the Bolsheviks like "for the faith, the Tsar and the Fatherland"? So after all, they, who had many chances and absolutely every opportunity to take Yekaterinburg and save the prisoners of the Ipatiev House, did not need the Romanovs either! The city was captured - for some reason, 8 days after the execution, and almost the last of all those taken by the Kolchakites in the Urals in the spring and summer of 1918. According to the memoirs of contemporaries, the ridiculous "garrison" of Yekaterinburg, which did not reach up to a hundred people, with rusty "Berdanks" could, if desired, disperse a company of Cossacks. But there was no desire, as well as no order.

Maybe the whole point is that to Admiral Kolchak, who had declared himself by that time the “Supreme Ruler of Russia” without false modesty, some kind of Romanov with his family was not only useless, but in fact, dangerous? In no case should one blame their deaths on the "bloodthirsty Bolsheviks" alone. To consider this tragedy is rather an inevitability, to which all the events preceding it and the ruthless logic of history led.