VTsIOM: do Russians want wars? How is it in Karabakh? 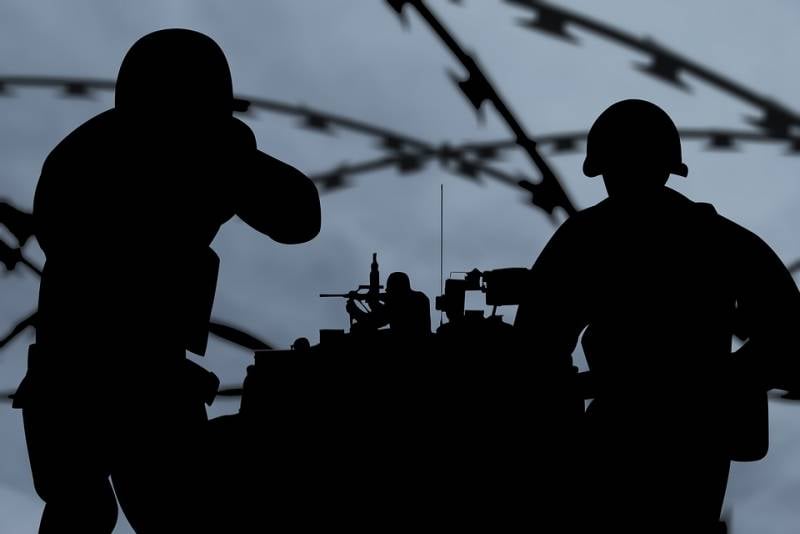 I used to have to worry

The Armenian-Azerbaijani war has become one of the most powerful negative shocks for many Russians. That is, for 72 percent of those surveyed by experts from the All-Russian Center for the Study of Public Opinion (VTsIOM).

It is characteristic that all these people did not just know about the war and closely followed the events. Most of them still seriously fear grave consequences. Such conclusions were made public by VTsIOM specialists during an online briefing held on Monday at TASS.

VTsIOM presented rather detailed data of its research on how well Russians are informed about the events that took place in Nagorno-Karabakh. In addition, sociologists tried to assess how the war is perceived in Russia and what predictions are being made by Russians regarding the future of this region.

The Center's General Director Valery Fedorov noted that the already established perception of the Transcaucasus as “not our region”, as other countries, albeit connected with Russia, now has a very serious impact on the assessments of citizens.

It is hardly surprising that the long-awaited reports on the conclusion of an agreement on the cessation of hostilities in Nagorno-Karabakh were perceived positively by the absolute majority of Russians (81%). Representatives of the older (94% of 60+) and middle generations (88% of 45–59 years old) far outstripped their younger compatriots in this respect, with an indicator of 64%.

The most disturbing thing, according to Galina Gradoselskaya, a leading sociologist at the Stolitsa Social Research Agency, is that the conflict in Nagorno-Karabakh is clearly something like a trial run or rehearsal of similar scenarios for other neighboring regions of Russia.

The expert believes that the most dangerous zone in this respect is Transnistria, where, however, everything may turn out not at all in favor of those who are already ready to provoke a conflict there.

Yes, the potential union of Moldova (with its new president) and Ukraine, where politicians are now, without hiding, looking for a way out (more precisely, an outlet) for radical sentiments, threatens the region - a pro-Russian and de facto autonomous.

But the answer could be a direct demarche of the Odessa region against the dominance of Kiev and complete indifference to the situation on the part of Romania. However, in Kiev, and now some in Chisinau, they do not want to take into account that, in all respects, normal relations with Russia are much more important for Bucharest than a dubious alliance with Moldova and friendship with an unstable Ukraine.

At the same time, the export of interethnic (and other kinds) conflicts to other regions is not very likely now, according to publicist and political scientist Armen Gasparyan, as well as journalist and orientalist Igor Dimitriev. The conflict potential of Donbass, according to their estimates, is now much lower than even a year ago.

Just like, by the way, the degree of voltage in Belarus, which has dropped to almost zero in a few months. In the latter, moreover, no one has managed to find (apart from Minsk itself) any other real boiling point.

Many (even too much) potentially hot spots, in the opinion of all the experts who spoke at TASS, remain in Central Asia. However, a quite obvious integration trend has emerged there, more and more clearly overlapping the trend towards direct collisions.

At least a quarter of the young population of Russia, and even more in the provinces, have practically no idea what happened this fall in the Transcaucasus. At the same time, a third of the young respondents surveyed by VTsIOM are ill, believe that the role of Russia in the settlement of the conflict was insignificant, moreover, secondary.

Apparently, most of those who answered in this way also consider the presence of Russian peacekeepers in Karabakh unnecessary, inappropriate and even harmful or dangerous. At the same time, 15% of Russians reported their indifference to the conflict. And much more often (almost twice) such answers were given by respondents aged 25 to 34.

26% of Russian respondents are not at all interested in events in the region. And much more often these are young people 18-24 and 25-34 years old (44% and 51%, respectively). In this regard, many of the experts deeply studying the situation in the Transcaucasus express well-founded fears in connection with such deliberate political infantilism of the Russians.

After all, we are talking about people of that age who can really be involved in a kind of export of the conflict outside a narrow region. Director of the Institute for Political Studies Sergey Markov is generally convinced that the Armenian-Azerbaijani war has already “come to us”.

This is especially noticeable in terms of information. At the same time, despite all the efforts of one of the parties to the conflict in creating a “negative image of Armenians,” it has not developed in the minds of most Russians.

In general, according to Valery Fedorov,

“The attitude of Russians to what is happening in Karabakh can be characterized as interested distancing. There are, of course, positive emotions in the sense that Russia managed not to interfere in this conflict. "

Winning is not yet convincing

The experts almost unanimously admitted that the policy of deliberate openness turned out to be not very effective, which was actively, even aggressively used by the winning side. Moreover, to a large extent, the conflict was broadcasted directly to Russia.

As you know, even before the active military phase of the conflict, there was a whole series of interethnic clashes, fortunately, not with such dire consequences as the war itself.

And it is no coincidence that, when asked who provoked the aggravation of the conflict, only 5% of the respondents thought that Armenia did it. Exactly the same number (5%) believed that the conflict was provoked by the United States. And even 6% of respondents accused Turkey of the same.

At the same time, 12% of the Russians surveyed by VTsIOM still attributed the "primacy" in inciting the conflict to Azerbaijan. Although the majority (33%) of respondents blamed both sides for the war.

Don't take advantage of the war

The Russians are in no hurry to change the national tradition of not seeking profit in the war. Thus, only 41% of respondents are convinced that both countries received benefits from the conclusion of a peace agreement. However, in comparison with similar polls of previous years, the indicator turned out to be quite high.

At the same time, only 20% of the respondents believe in the great victory of Azerbaijan and in the fact that it was he who received any real gain from the conflict. But, unlike young nihilists, most compatriots do not doubt that it was Russia that played a major role in resolving the crisis.

Thus, 84% of respondents aged 60 and over believe that the conclusion of a peace agreement on Nagorno-Karabakh is a direct merit of Russia. Among those who are between 45 and 59 years old, this figure is 77%. But among young people (18-24), 35% of the respondents consider the role of Russia to be secondary.

At the same time, both young and old are not too sure that there will be no more war. For example, only 39% of Russians have no doubts that in the future the situation in Nagorno-Karabakh will develop peacefully, more often the oldest (60+) - 46%.

A third of the respondents (31%) generally believe that the war will resume, although not soon. And only 12% predict a relapse of hostilities in the near future.