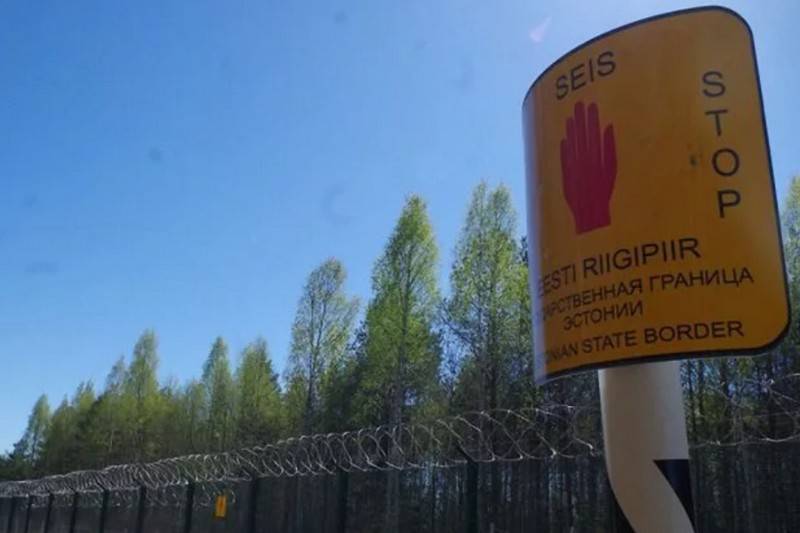 Estonia began to fence itself off from Russia with a barbed wire fence. According to Egert Belichev, head of the border division of the Police and Border Guard Board, the first 1 km section of the Estonian-Russian border has been developed in southeastern Estonia.


In total, at the first stage, according to the Estonian official, 20,5 km of the border will be built. Currently, work is underway on the first 8 kilometers. As part of the border development program, all the necessary infrastructure is being built: roads for patrolling, communication systems, electricity and sewerage are being laid.

Half of the access roads and a kilometer of fencing are ready. There are elements that need to be added, but the fence itself is already standing
- the official said.

As previously reported, to prevent Russia from entering Estonia, the Estonian side will install an electronic security system and plans to use drones. CCTV cameras and sensor sensors will be complemented by a 90-meter high fence with barbed wire for 2,5 km.

The total length of the Estonian-Russian border is 338 kilometers, of which 135 kilometers are by land, 126 kilometers by lakes, 176 kilometers by rivers.
Ctrl Enter
Noticed oshЫbku Highlight text and press. Ctrl + Enter
We are
Reports from the militia of New Russia for 27-28 September 2014 of the yearRussia is taken to the Golden Billion
Military Reviewin Yandex News
Military Reviewin Google News
70 comments
Information
Dear reader, to leave comments on the publication, you must sign in.