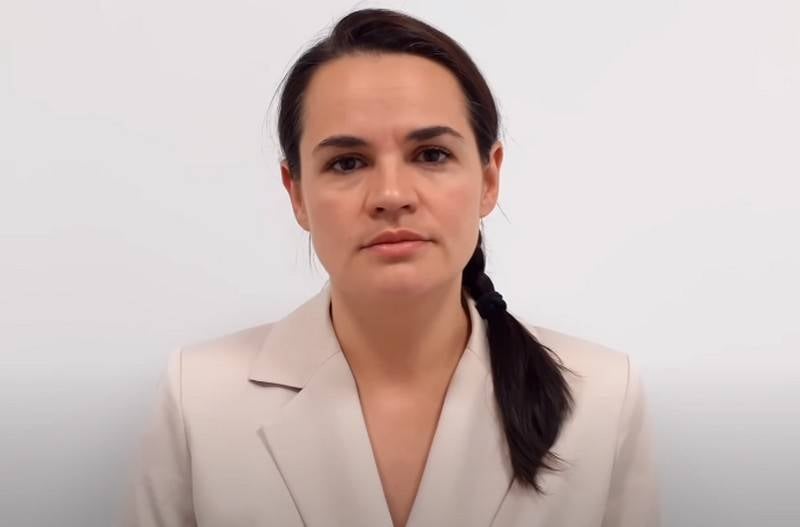 Former presidential candidate of Belarus Svetlana Tikhanovskaya announced the formation of her own cabinet of ministers for a "transitional period" and promised not to carry out "general lustration" before the new elections in Belarus.

At the same time, she is not going to carry out "mass lustrations" and disperse already existing ministries, she just "needs her own team."

According to Tikhanovskaya, after the opposition passes power and the "transition period" begins, she will head the republic and hopes to stay in power for 45 days.

Leader for 45 days, I hope. (...) how long will I lead Belarus is an open question. The program of assistance and the draft constitutional reform, which I spoke about, we will publish literally the other day
- explained the oppositionist.

When asked when agreements will be reached and the "transition period" will begin, Tikhanovskaya said that everything depends on the progress of the negotiations, as well as on the fulfillment of the opposition's demands.

Meanwhile, Minsk notes that protest activity in Belarus has decreased compared to the situation in August.

(...) people who went out to protests in August and after, now there are no such numbers on the streets (...) the euphoria or intoxication with destructive Telegram channels is slowly passing away
- said the assistant to the president of the country, inspector for the Grodno region Yuri Karaev.
Ctrl Enter
Noticed oshЫbku Highlight text and press. Ctrl + Enter
We are
Reports from the militia of New Russia for 27-28 September 2014 of the yearDecember 2010 years. Russian March. Senseless and merciless? Notes not a Russian person
Military Reviewin Yandex News
Military Reviewin Google News
107 comments
Information
Dear reader, to leave comments on the publication, you must sign in.