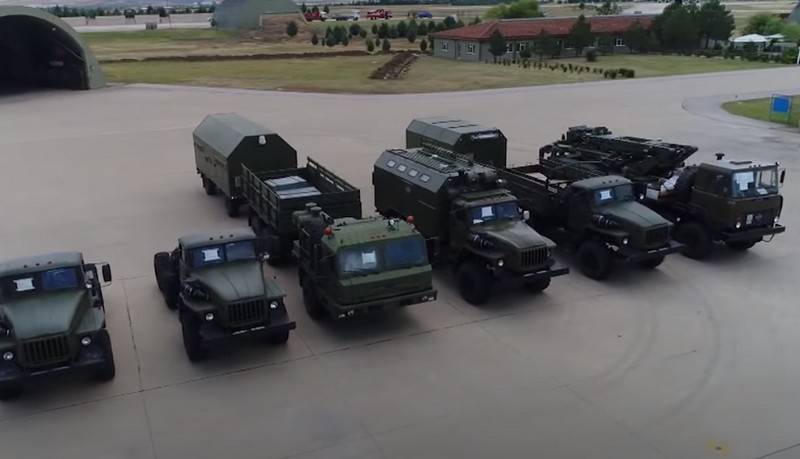 Turkey has paid off with Russia for the supply of the S-400 anti-aircraft missile system, all funds have been paid. This was stated by the head of Rostec Sergey Chemezov.

We have fulfilled the contract in full, it is closed, which means that we have shipped and received all the funds
- he said, without giving details of payments for the supplies by the Turkish side.

At the same time, Russia continues negotiations with Turkey regarding the second set of S-400 air defense systems, currently a proposal has been made, Moscow is awaiting Ankara's decision. In addition, the parties are negotiating the supply of other equipment. What exactly is at stake, Chemezov did not explain.

As previously reported, Russia supplied Turkey with four S-400 divisions for $ 2,5 billion with an option for an additional batch of S-400s. Moreover, part of this amount was issued on credit. The delivery of all equipment, as well as missiles, was completed ahead of schedule in October 2019.

Recall that last week the US Congress introduced a new bill providing for the imposition of sanctions against Turkey due to the acquisition of the Russian anti-aircraft system.

Ctrl Enter
Noticed oshЫbku Highlight text and press. Ctrl + Enter
We are
Reports from the militia of New Russia for 27-28 September 2014 of the yearDecember 2010 years. Russian March. Senseless and merciless? Notes not a Russian person
Military Reviewin Yandex News
Military Reviewin Google News
53 comments
Information
Dear reader, to leave comments on the publication, you must sign in.