Zelensky: "If in the future shots will sound in Ukraine, then only fireworks will be fired" 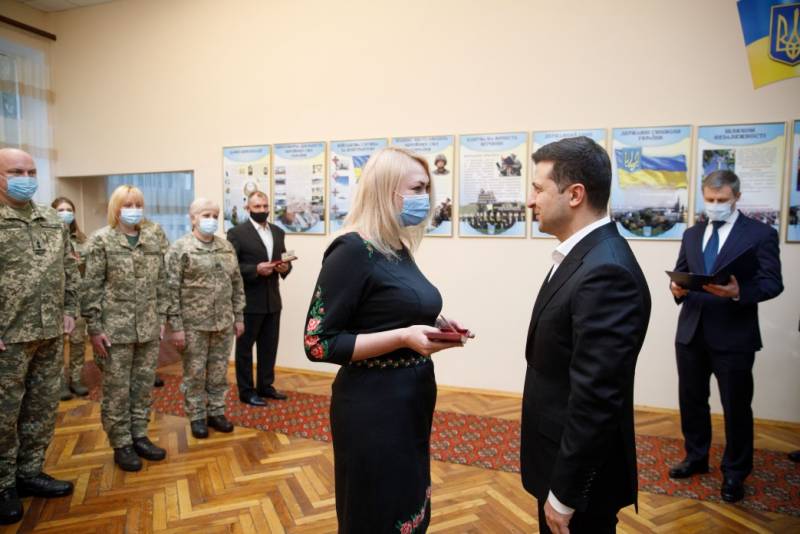 President of Ukraine Volodymyr Zelenskyy commented on the situation in Donbass in terms of the ongoing truce. Zelensky recalled that the ceasefire as a whole has been in place for 133 days.

If before the proclamation of the ceasefire, back that year, a soldier was killed every 72 hours, now everything is different.
According to Volodymyr Zelensky, this is the longest truce since the beginning of the armed conflict. The President of Ukraine said that the number of shelling fell five times, and the number of combat losses and injuries - ten times.

In our Ukraine, funerals have become almost 10 times less, 10 times fewer tears of mothers, children, wives, husbands, relatives, brothers-in-arms.
At the same time, the President of Ukraine expressed gratitude to the Ukrainian military, saying that while someone is waging "couch wars", they are "in a real war."

Thank you for not succumbing to provocations, this is very important.
Zelensky said that now there is silence in the Donbass, and added that "let it be loud on the day when peace will be marked with fireworks throughout the Donetsk and Luhansk regions."

If in the future shots will sound in Ukraine, then only fireworks will be fired.

Ctrl Enter
Noticed oshЫbku Highlight text and press. Ctrl + Enter
We are
Reports from the militia of New Russia for 27-28 September 2014 of the yearDecember 2010 years. Russian March. Senseless and merciless? Notes not a Russian person
Military Reviewin Yandex News
Military Reviewin Google News
71 comment
Information
Dear reader, to leave comments on the publication, you must sign in.