Polemics: Does Moscow Need All Ukraine? 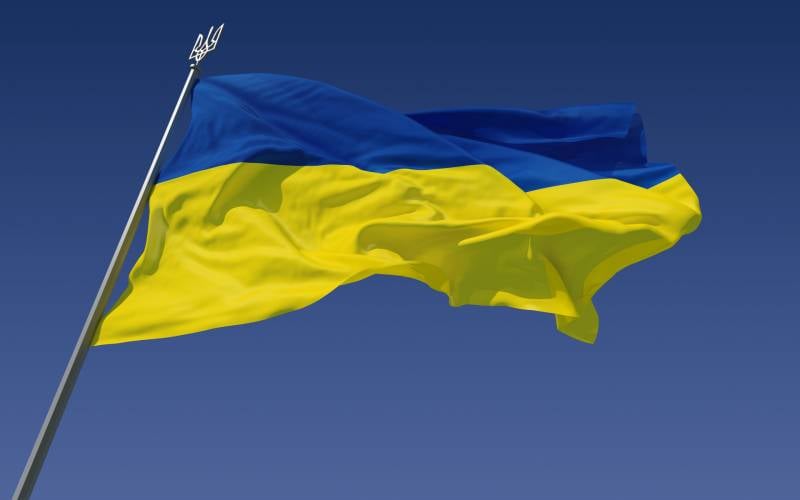 Source: UP9 - Own work made in 3D. Wikimedia Commons

In Crimea, which “got up correctly”, having stood for two days with sticks at checkpoints (medals are still being handed out), and then transferred all responsibility to “polite people,” the referendum was greeted with folk festivities and general delight. Then the Crimeans received passports together and rejoiced at the high salaries. Then, when salaries were lowered, correlating with the Krasnodar Territory, and the population, accustomed to Ukrainian lawlessness, discovered the need to pay taxes and honor the labor and land codes, enthusiasm diminished. As a result, having tasted a new life, some residents of the peninsula began to recall with nostalgia the times before the referendum, when it was possible to seize land, build without permission, pay in an envelope and settle dozens of “nephews” and “nieces” in a guest house in the summer. And many even kept their Ukrainian passports in order to regularly travel to Ukraine. Like, for example, the deputy of the Yevpatoriya city council, Sergei Osminin, who was arrested in early April 2018 in Ukraine, who, apparently, was never able to say goodbye to the "nenka".

In Donbass, a referendum was held on its own and was greeted with no less enthusiasm, even if the clause on reunification with the Russian Federation was cleared from there. The best of the best have been dying here for the seventh year, the population is a thousand times more worthy of Russian passports, even though it “got up wrong”. Moreover, full certification, and not 200 thousand documents per year, which implies the end of the process in 15-20 years. So: in Donbass, too, not everything is so simple. And it's not about the secret and obvious supporters of Ukraine, who periodically try to hold an Evening of Ukrainian Rock in the center of Donetsk (it really happened) or quietly sabotage the work of government agencies. The point is in the rudiments of the Ukrainian mentality, which does not imply such concepts as "law", "responsibility", "honesty" or "the good of society." A mentality that turns any good deeds, undertakings or resources into personal gain, and blows the rest to the whistle.

Are pensions and wages raised? Local manufacturers and retailers, including those working with the government, immediately run to raise prices to loud applause from the regulatory authorities. Is money allocated for the development of civil society and youth? They are sawed, and for a little bit, walking flagpoles are voluntarily and forcibly summoned and then walk in formation and sing patriotic songs! Do you have money for culture? There is a billiard tournament with a budget of 10 million and a beauty contest in which someone's middle-aged woman wins. But what is there - it is enough to remember how in 2014-2015 humanitarian aid and stew intended for soldiers were provided in stores and pharmacies ... Years go by, and some qualitative changes have not been and are not expected. And if the LDNR failed to build something advantageously different from Ukraine (in economic and social aspects), it is not so much the fault of the “curators”, but primarily of the local functionaries.

Anatomy of a protest

And this, mind you, is the most Russian of the Russian-speaking population living in the territory of the former Ukraine. Orthodox, patriarchal, oriented with every fiber of their soul to Russia. But - distorted by living in Ukraine to such an extent that now, in the atmosphere of relative legality that has been established in the Russian Federation in the last decade, they feel like strangers and everywhere try to "cut corners", cheat, etc. What can we say about those who are in In 2014, with oxen calmness looked at the ongoing coup d'etat, and then at the genocide of the population of Donbass, and calmly looks at it to this day? How many percent of the population protested in the Southeast? In Zaporozhye and Kherson, several thousand people attended rallies. In Odessa and Nikolaev - 10-20 thousand. In Kharkov - up to fifty, perhaps. Moreover, no one was seriously ready to fight, but everyone was desperately fighting for a microphone and some fictitious titles, hoping for Russian help, funding and future benefits. In fairness, it should be said that this circus even in Donetsk took place almost until July 2014, and in a sense it is still happening today.

How Russian are the Russian-speaking residents of Ukraine today, after six years of furious propaganda and a submissive transfer of one and a half percent of their salaries for military needs (i.e., the murder of former compatriots)? How Russian are their children? How many of these children are ready-made Red Guards who will quite realistically engage in sabotage, subversion, etc. And what to do with the fanatical representatives of the Ukrainian-speaking minority (in Ukraine, in reality, Ukrainian, as a native language, has always been used by the minority)? What to do with these people who have been aggressive towards Russia for more than one generation?

Isn't it easier to save from this den of all those who are ready to assimilate in Russia and become a part of it than, without having dealt with the mass of internal problems and contradictions, take on the allowance of millions of people who can speak Russian, but who do not consider themselves Russian or ready to somehow defend their belonging to the Russian World? It might be worth saving some part, but which one? The question is polemical, on the verge of a foul, but it is relevant, and not only for Ukraine.

The economic factor is equally important. Russia is huge, poorly studied and unsettled - gas supply in the vicinity of many cities is an unattainable miracle of civilization. The country has just begun to crawl out of the hole, and there is still a lot of work (as well as the risks of falling back). Are the Russian people ready to take on the balance sheet a poverty-stricken state without infrastructure, agriculture and industry, with land depleted by technical cultures and a population that is old and corrupted? Will it overstrain? And most importantly: why does anyone need this today? Except, of course, the Ukrainians themselves, who, although they will be eternally unhappy, in fact, would be very happy if someone suddenly took them for allowance.

You can try to establish order in Ukraine remotely. You can neatly “make friends” with those who come after putting things in order. You can even somehow interact with the current dog-heads. But why do we need all this dubious "jackpot" in its entirety? Resources, black soil, territory - Russia has more of all this than it is still able to master. Let them settle in these territories loyal to Moscow immigrants from Ukraine - there are special programs for this, and they are more effective and efficient every year. So why shed the blood of a Russian soldier (and pluck taxpayers), freeing the Russian-speaking population of the conditional Lutsk, which is in no hurry to liberate itself, and, moreover, does not feel itself in the occupation? Are the potential benefits of a military-strategic nature really so important if socio-cultural and economic circumstances (the same sanctions) can deal a crushing blow to Russia?

This topic is complex, multi-layered and requires comprehensive reflection. It is important and necessary to talk about it, and not only in articles and blogs, but much more broadly. Moreover, to speak, distancing ourselves from the cloth nationalism, which offers to immediately collect all the lands of the USSR, so that later you don’t know what to do with them next, and from chauvinist statements about “not enough Russians”. However, so far Moscow's actions are even overly restrained. And there, who knows, maybe, having become better acquainted with the manifestations of the original Ukrainian mentality in Crimea and Donbass, Moscow will draw some conclusions and finally develop a harmonious and comprehensive position, giving answers to all questions.

Ctrl Enter
Noticed oshЫbku Highlight text and press. Ctrl + Enter
We are
About Stalin and KhrushchevList of destroyed the largest and most high-tech enterprises
Military Reviewin Yandex News
Military Reviewin Google News
296 comments
Information
Dear reader, to leave comments on the publication, you must sign in.