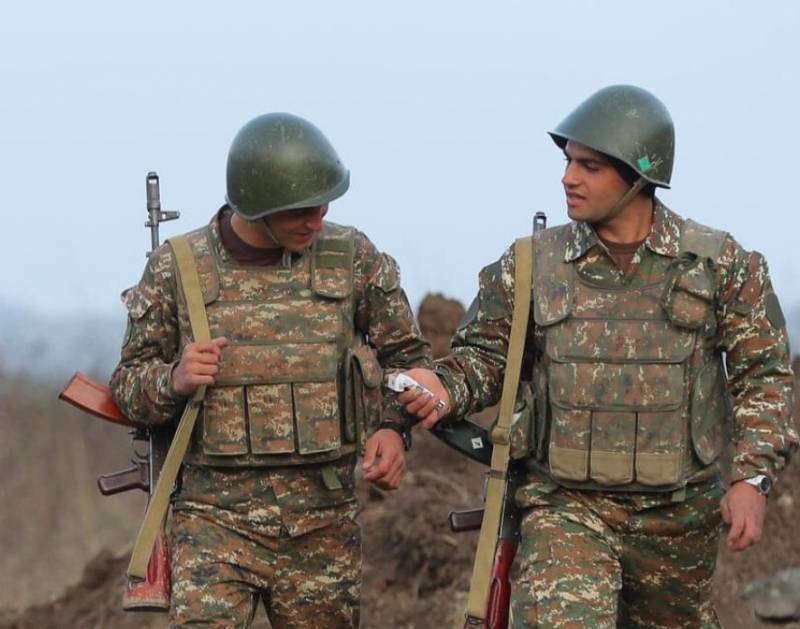 The Russian presence in Karabakh certainly made it possible to end the armed conflict, but it is very far from the final stabilization in the region. First of all, there remains the danger of movement along the Lachin corridor, which connects Armenia and Nagorno-Karabakh. Despite the introduction of the Russian military, movement along the route remains dangerous, even for civilians.

The main risk is in the transport corridor

Michael Rubin of The National Interest sees the main explosive factor in the uncertainty of the wording on the regulation of transport links between the main part of Azerbaijan and the Nakhichevan region, which is cut off by the territory of Armenia. The movement of Azerbaijani and, moreover, Turkish transport through the Armenian territory will not be safe. In addition, provocations on the route may be beneficial to the Turkish side.

The following scenario of a possible war in the Caucasus is being considered: Turkish transport, en route from Nakhichevan to Azerbaijan, comes under fire from unknown persons on Armenian territory. In response, Recep Erdogan, of course, will demand to provide a safe corridor through the territory of Armenia, and this will mean that Turkish or Azerbaijani military will appear on purely Armenian soil with the likely subsequent start of battles.

But the Armenian people will try to prevent such a development of events. Naturally, no Armenian leader will agree with the creation of a buffer zone on the territory of Armenia. This is the reason for another armed conflict.

For Ankara, the acquisition of controlled territories under the guise of ensuring security and fighting terrorism is nothing new. This tactic was successfully used by Turkish troops in Syria, where, as a result, quite large territories inhabited by ethnic Turkomans (Syrian Turkmens), who are actually the same Turks, were brought under complete control of Ankara. Now these territories, although formally part of Syria, are in fact completely controlled by the Turkish military.

In Armenia, we see a slightly different situation. There is no Turkish or Azerbaijani population here, but there is a need to provide a route fully controlled by Turkish-Azerbaijani forces linking Nakhichevan and Azerbaijan. And Erdogan and Aliyev will try to make every effort to create such a route. Naturally, provocative methods will also be used.

Publicist Michael Rubin in the US press concludes that Turkey will definitely try to take advantage of this opportunity, and Armenia alone will not be able to withstand the much stronger Turkish army. Russian support remains the only chance of avoiding war with Turkey, but Rubin believes that Erdogan's ambition and self-confidence may ultimately overpower even his fears of Russian interference in the conflict.

At the same time, Ankara should remember that Armenia is a member of the CSTO. As for Moscow, it is not a sin to note here: the surrender of positions in the Transcaucasus will become another geopolitical fiasco of Russia, as it negates the centuries-old achievements of Russian policy in the region.

A century after the collapse of the Ottoman Empire, the Turkish authorities are reasserting themselves in Transcaucasia, and sooner or later these claims to a dominant role will have to end.