In Poland, the statement of the ex-Minister of Defense Macerevich on the atomic energy program is being discussed 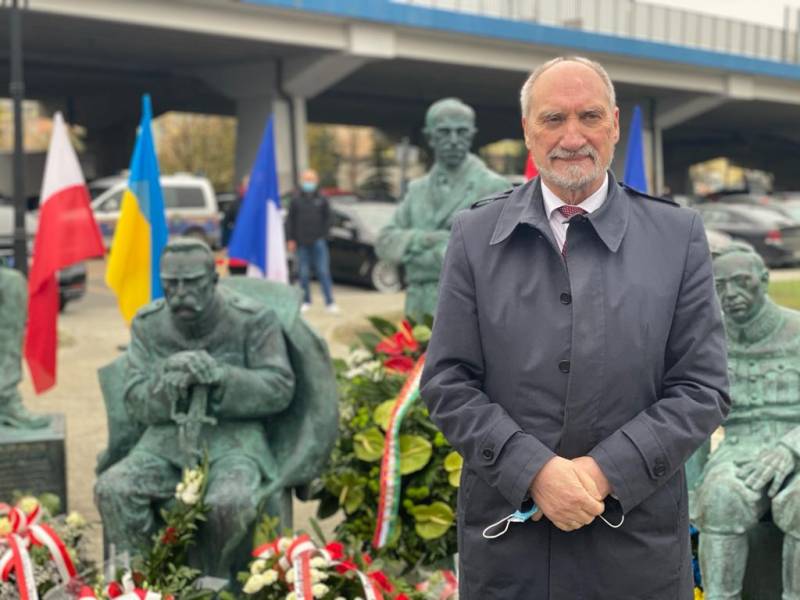 Recently, an interesting post appeared on the page of Antoni Matserevich on the social network Twitter. In it, the former defense minister thanked the government for adopting the decree on the construction of the Belkhatov nuclear power plant. The nuclear power plant should be built, according to the post, by 2043, and its appearance "will provide stability and employment for the citizens of the country."


Recall that Antoni Macerevich headed the Polish Ministry of Defense for three years - from 2015 to 2018, but during this time he managed to make harsh anti-Russian statements. He also headed the subcommittee to investigate the circumstances of the Smolensk disaster, in which Polish President Lech Kaczynski died, along with his wife and most of the country's top leadership. In the 1990s, Matserevich also briefly headed the Ministry of Internal Affairs and Polish counterintelligence, and by profession he is a historian and specialist in Latin America.

At the same time, the Polish military department notes that Macerevich's words are not confirmed in the official documents of the country's government. Indeed, on October 9, 2020, the updated "Polish Nuclear Energy Program" was adopted, but it did not mention the location of the nuclear power plant in Belchatow.

Moreover, over the past several years, the official documents of the Polish government have been mentioned as potential locations for the nuclear power plants арarnowiec and Lyubyatovo-Kopalino. But the government should make the exact decision on the chosen construction site for the nuclear facility only in 2022.

So where Macerevich could get such information is not very clear even in Poland itself. However, given that the ex-defense minister, of course, has connections in the government, it is possible that such a statement may be true. Another version is the political PR of Macerevich himself, who wants to attract attention with loud statements on social networks.

Macerevich's post on the atomic energy program is being discussed online.

Can anyone explain why the construction should take 22 years ??? It took 14 years in Belarus from making a decision to completing construction,
- asks one of the readers of the Polish press.

Much earlier than 2043, new energy sources will be widely used, and those who have already built these dangerous "nuclear monuments" will have problems with their extremely expensive disposal. Unfortunately, democracy also has disadvantages: both extremely greedy cynics and emotionally unstable people get into parliament, who should have shown themselves on the stage, and not in politics.
- writes another user under the nickname "This is true."

Macerevich is also remembered for his dubious activities as the head of the subcommittee to investigate the circumstances of the Smolensk disaster:

It would be better if the grandfather presented evidence of damage from the explosion on the exhumed bodies of the victims of the Smolensk disaster, and it would be best to present a report to his commission.

Based on the analysis of comments in the Polish press, it can be concluded that Macerevich's rating as a politician in Polish society is rather low. Some readers are still trying to reasonably criticize the words of the ex-minister, others openly troll him.

Ctrl Enter
Noticed oshЫbku Highlight text and press. Ctrl + Enter
We are
In Poland, assess the impact of the reforms of the local "Serdyukov"Russia will build the first nuclear power plant in Belarus
Military Reviewin Yandex News
Military Reviewin Google News
37 comments
Information
Dear reader, to leave comments on the publication, you must sign in.