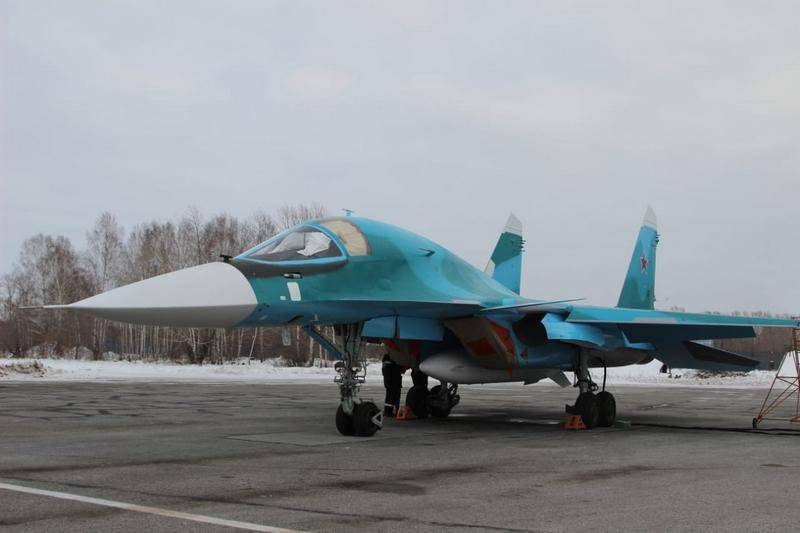 The Sukhoi company has completed a long-term contract for the supply of the Ministry of Defense of Su-34 fighter-bombers. According to the press service of the United Aircraft Corporation (UAC), the final batch of aircraft has been manufactured and tested.

Sukhoi has completed another long-term contract for the supply of a batch of Su-34 fighter-bombers to the Russian Ministry of Defense
- said in a statement.

According to the general director of the UAC, the general director of the Sukhoi company Yuri Slyusar, about a hundred Su-34 bombers were manufactured and handed over to the military under the completed contract. The company is now embarking on a three-year contract for 20 front-line Su-34 bombers, signed in early summer this year. Within the framework of this agreement, all Su-34s will be produced in a standard version with certain changes made according to the operating experience of previously purchased bombers.

Another contract for a modernized version of the bomber is planned to be signed in 2021. According to him, the Ministry of Defense intends to receive 76 modernized Su-34M bombers by 2027.

All Su-34s under the new contract will be produced according to the modernized version as part of the Sych experimental design program, completed in 2019. This upgrade includes an avionics upgrade, the installation of precision weapons and a set of several suspended reconnaissance containers.