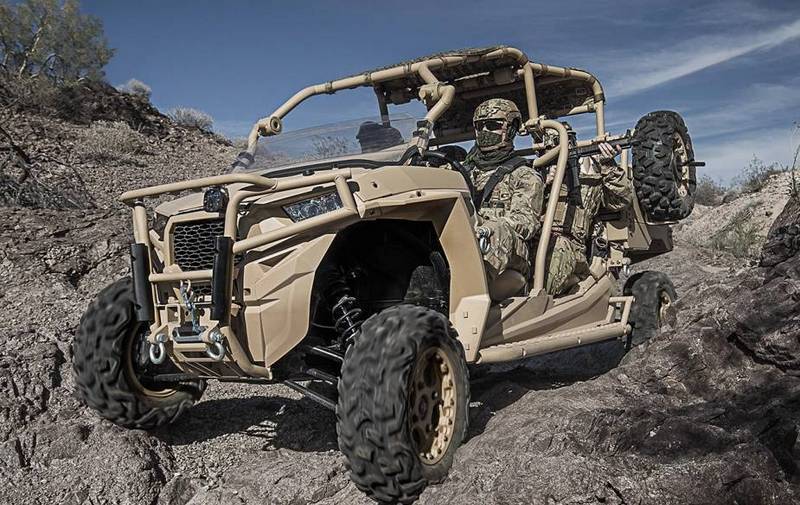 Following the US special operations forces, the Bundeswehr made the decision to equip the German MTR with off-road buggies. According to the portal armyrecognition.com, the German military department has signed a contract for the supply of buggy-like vehicles based on the Polaris MRZR.


The German special operations forces will soon begin to receive special buggies based on the MRZR-D4. The version for the Bundeswehr will undergo a special adaptation, within which the cars will receive special equipment, details were not disclosed. In the basic version, the MRZR D4 is a four-seater buggy with a turbodiesel installed, as indicated by the letter "D" in the name. Rear-wheel drive car with the ability to connect all-wheel drive. With a mass of 952 kg, the machine has a carrying capacity of 680 kg. The cruising range is approximately 500 km.

At the first stage, the Bundeswehr will receive 65 vehicles, deliveries will begin in 2021. In total, the German Ministry of Defense ordered 148 buggies for the special operations forces. In addition to the machines themselves, the contract provides for the supply of spare parts, as well as training of personnel.

At the first stage, we ordered the construction of 65 vehicles. A total of 148 vehicles can be supplied under the contract. Delivery to the troops is scheduled for next year
- said Lieutenant Colonel Michael Bischof.

It is noted that due to their size and weight, off-road buggies are easily transported not only by military transport aircraft, but also by helicopters.